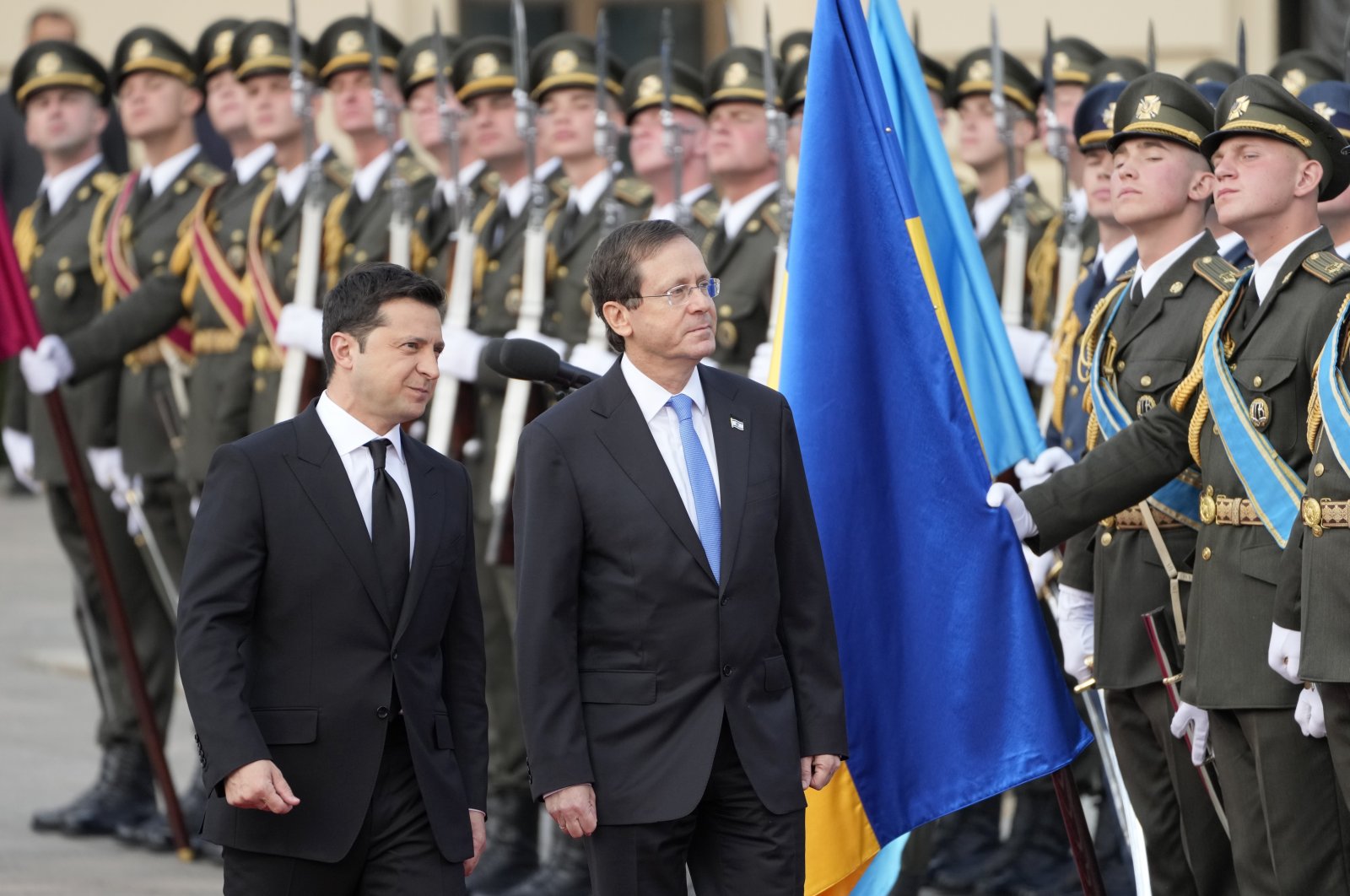 The Ukrainian ambassador in Israel's capital Tel Aviv said Kyiv may recognize Jerusalem as the country's capital soon, in a move that would completely disregard Palestinian rights.

Ambassador Yevgen Korniychuk made the remarks at an event in Jerusalem marking 30 years of Israeli-Ukrainian relations, according to a report published in the Times of Israel on Friday.

"Recognition of Jerusalem as the capital of Israel is a matter of months, not years," the media outlet quoted Korniychuk as saying.

However, the diplomat outlined "certain preconditions in the security and defense relationship between the countries" for the recognition of Jerusalem as the Jewish state's capital.

His comments came after Israeli Jerusalem Affairs Minister Ze'ev Elkin expressed hope at the event that Ukraine would open a branch of its embassy in Jerusalem.

"As soon as I get permission, I will do it immediately," Korniychuk said.

The Ukrainian ambassador stated that his country hopes to open a branch of its embassy in Jerusalem next year, during Ukrainian President Volodymyr Zelenskyy's anticipated visit.

So far, the United States and Guatemala are the only countries to have relocated their embassies to Jerusalem.

In December 2017, then-U.S. President Donald Trump officially recognized Jerusalem as the Jewish state's capital and later moved the embassy from Tel Aviv to Jerusalem, reversing decades of U.S. policy of remaining neutral on the holy city.

The U.S. move triggered widespread protests in the Palestinian territories and several countries amid condemnations from Arab and Muslim countries.

Washington's European allies have also criticized the move, warning that the U.S. decision would worsen relations between Palestine and Israel as well as spark unrest in the region.