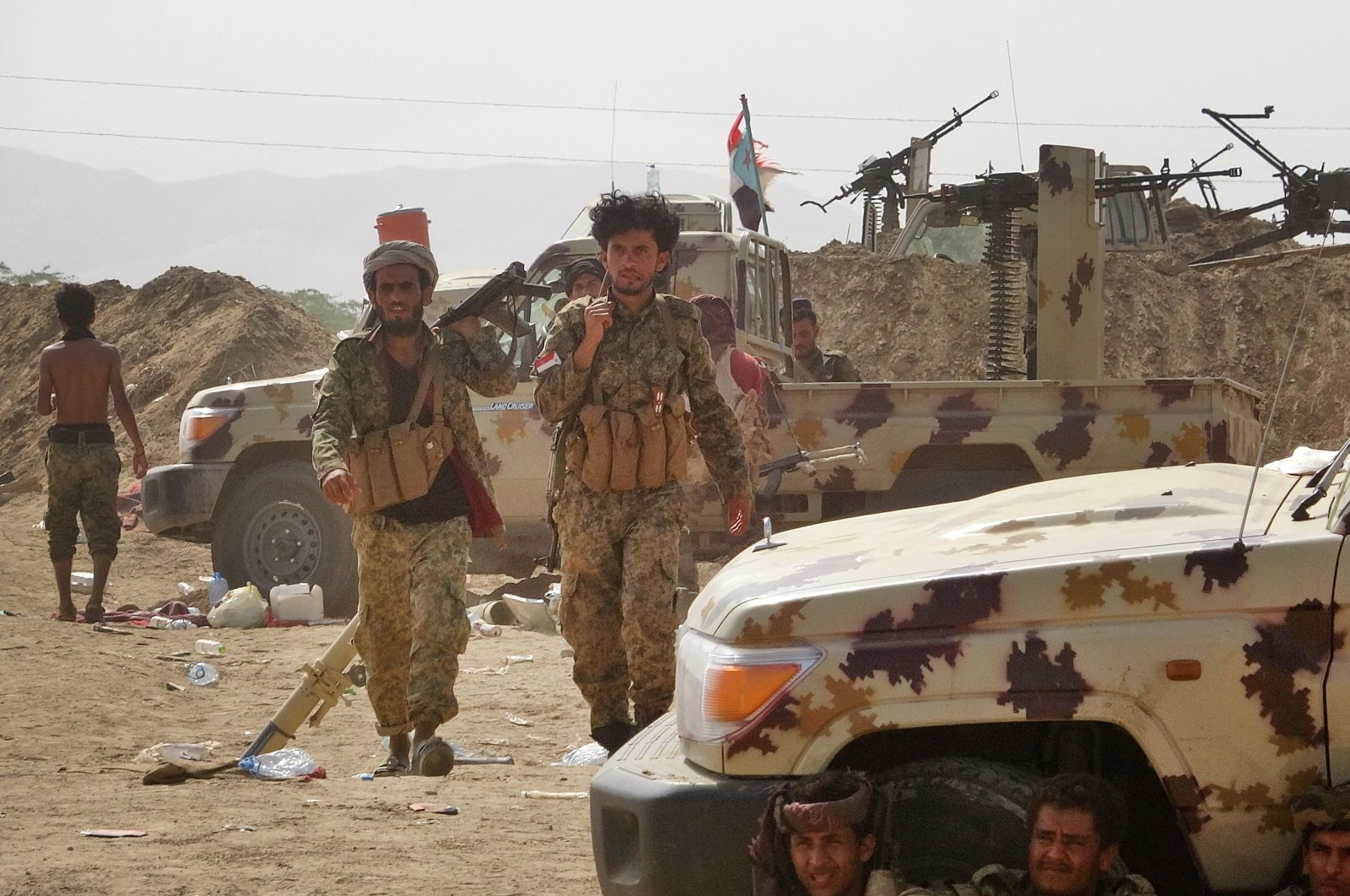 Fighters loyal to Yemen's Southern Transitional Council (STC) separatists gather at the frontline during clashes with pro-government forces for control of Zinjibar, the capital of the southern Abyan province, in Sheikh Salim area, May 16, 2020. (AFP Photo)
by ASSOCIATED PRESS May 29, 2020 9:43 am
RECOMMENDED

The U.N. humanitarian chief urgently appealed for $2.4 billion to help millions of people in Yemen cope with the conflict and COVID-19, saying programs are already being cut and the situation is “alarming.”

Mark Lowcock told a U.N. briefing Thursday that the United Nations received $3.2 billion last year for Yemen because countries in the region — including Saudi Arabia and the United Arab Emirates who are involved in the conflict — stepped up.

This year, the U.N. has appealed for about $3.4 billion but as of Wednesday it had only received $516.6 million, just over 15%. The Saudis pledged $525 million in early April and Lowcock said he hopes it will quickly be turned into cash.

The United Nations and Saudi Arabia are co-hosting a video pledging conference for Yemen on Tuesday and Lowcock said he has been on the phone with Persian Gulf leaders in recent days but doesn’t know what they’re going to do. The collapse in oil prices because of the pandemic may be spurring internal discussions, he said.

Lowcock said he expects high-level representation at the conference, and asked: “Is the world ready simply to watch Yemen fall off the cliff?”

Yemen’s conflict started with Houthi Shiite rebels backed by Iran capturing the capital, Sanaa, in 2014. The following year, a Saudi-led coalition backing the government intervened to battle the rebels and curb Iran’s influence in what has turned into a stalemated regional proxy war. Since then, more than 100,000 people — fighters and civilians — have been killed.

Lowcock and the heads of 10 other U.N. agencies and several U.N. officials and humanitarian organizations issued a joint statement Thursday saying “COVID-19 is spreading rapidly across the country already experiencing the world’s largest humanitarian crisis.”

“Tragically, we do not have enough money to continue this work,” they said. “Of 41 major U.N. programs in Yemen, more than 30 will close in the next few weeks if we cannot secure additional funds.”

“This means many more people will die,” they warned.

The 17 signatories said they have the skills, staff and capacity to meet the difficult challenges of delivering aid in Yemen but no money and time is running out.

Muhannad Hadi, the World Food Program’s regional director for the Middle East and North Africa, told the video briefing that the U.N. agency needs about $200 million a month to provide assistance to 12 million Yemenis. But unfortunately, they’ve had to start cutting back to try to stretch their money and the food they have in the country, he said.

Henrietta Fore, head of the U.N. children’s agency UNICEF and one of the signatories, told the briefing that its funding is very low and urged donors to be generous.

More than 12 million children across Yemen need humanitarian assistance and nearly half a million require treatment for severe acute malnutrition and "could die if they do not receive urgent care,” she said.

“We are confronting a crisis on top of a crisis – a pandemic on top of a brutal conflict,” she warned. “Today, the pandemic is pushing Yemen even closer to the brink of collapse.”