US, Israel hint at force, raise pressure on Iran over nuclear deal 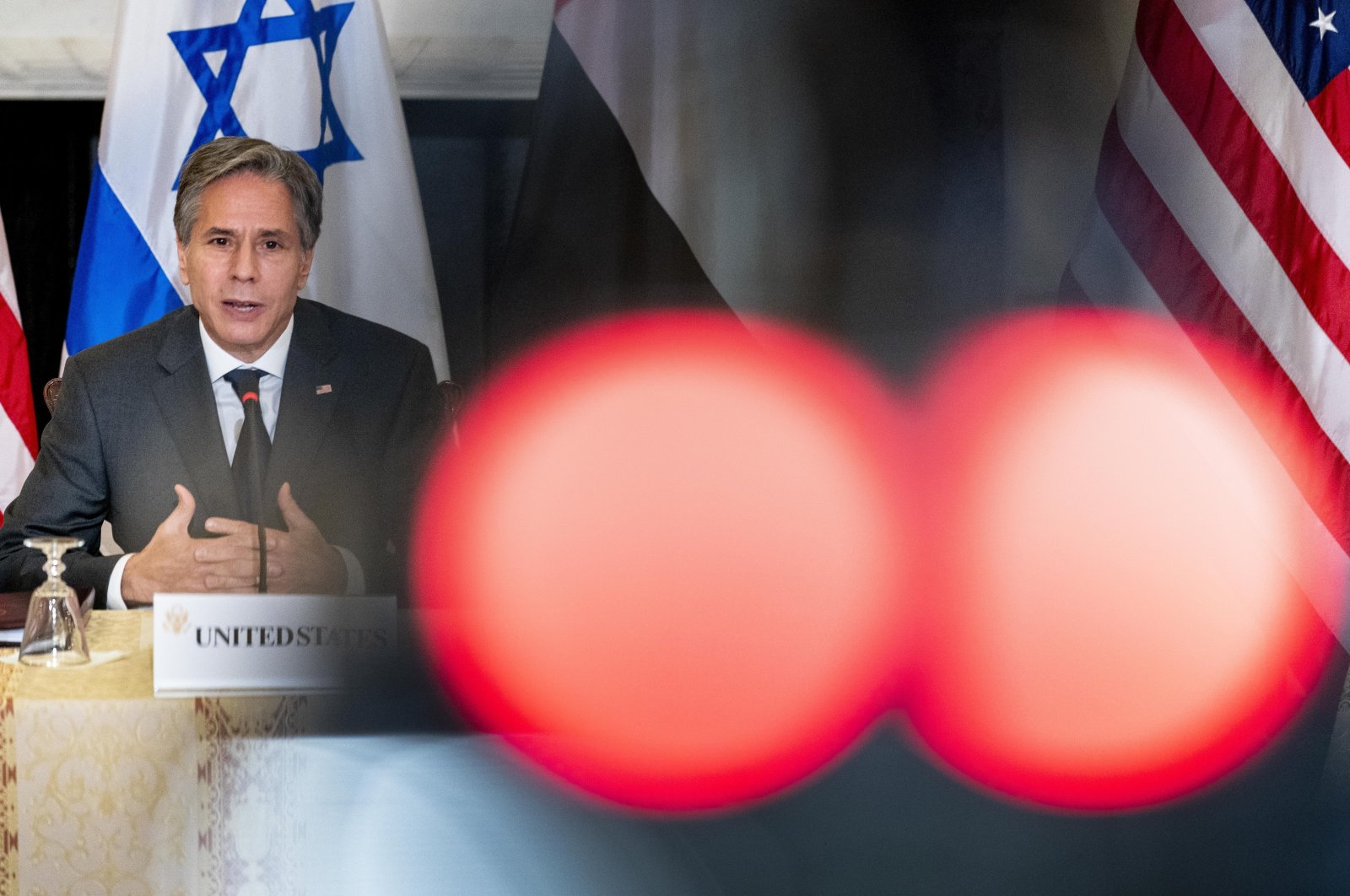 The U.S., Israel and EU assumed Wednesday a tougher stance on Iran and its nuclear program as U.S. officials hinted that the country could use force if diplomacy failed.

As negotiations with Iran remain at a standstill, U.S. Secretary of State Antony Blinken held three-way talks with the top diplomats of Israel and the United Arab Emirates (UAE), two U.S. allies that established relations last year amid shared concerns about Tehran.

"We're united in the proposition that Iran cannot be allowed to acquire a nuclear weapon," Blinken told a joint news conference in Washington.

"We believe that the diplomatic path is the most effective way to ensure that that doesn't happen," he said.

But he said Iran has already had nine months since Biden's election to demonstrate its commitment.

"With every passing day, and Iran's refusal to engage in good faith, the runway gets get short," Blinken said.

"We are prepared to turn to other options if Iran doesn't change course," he warned.

He did not elaborate – but Israeli Foreign Minister Yair Lapid, without being contradicted, said of Blinken's comments: "I think everybody understands – here in Israel and in the Emirates and in Tehran – what it is that we mean."

Lapid earlier said both he and Blinken, as sons of Holocaust survivors, "know there are moments when nations must use force to protect the world from evil."

"If a terror regime is going to acquire a nuclear weapon, we must act. We must make clear the civilized world won't allow it," Lapid said.

"Israel reserves the right to act at any given moment in any way. That is not only our right; it is also our responsibility."

US 'realistic' on future

Iran and the United States held six rounds of indirect talks this year on returning to compliance, with a European Union mediator shuttling between the two sides in Vienna hotel rooms.

Talks were last held in June before the inauguration of a new hardline Iranian government that took over from President Hassan Rouhani, who had sought a better relationship with the West.

Rob Malley, the U.S. negotiator, rejected suggestions that the talks had failed to make progress but he said the United States was still waiting for Iran to move forward.

"We feel like coming back would still be the best outcome but we're realistic," Malley said at an event at the Carnegie Endowment for International Peace.

Malley added that Washington was ready to consider "all options" if Iran is unwilling to return to the 2015 deal.

The phrase "all options," is typically intended to include the possibility - however remote - of military action.'

"We will be prepared to adjust to a different reality in which we have to deal with all options to address Iran's nuclear program if it's not prepared to come back into the constraints," he said.

"We know that there's at least a good possibility that Iran is going to choose a different path and we need to coordinate with Israel and with our other partners in the region," Malley added.

However, few experts expect Biden to favor military action against Iran, a more formidable foe than Afghanistan's Taliban or Saddam Hussein's Iraq, after Biden made the high-stakes decision to leave Afghanistan.

But Israel has already been engaged in a shadow war with Tehran, targeting Iranian military sites in ally Syria and carrying out a sabotage campaign inside Iran against its nuclear program.

Meanwhile, the European Union coordinator on Iran, Enrique Mora, plans to visit Tehran on Thursday, a trip diplomats from Britain, France and Germany, a group known as the E3, said came at a critical time as Iran keeps advancing its nuclear program.

"The nuclear situation has worsened continuously and seriously," said one E3 diplomat, alluding to Iran's accelerating enrichment of uranium to higher fissile purity, a possible pathway to a nuclear bomb.

"This therefore is from our E3 point of view, not a 'business as usual' but a visit in (the) context of a deep crisis in the JCPOA," the diplomat added.

While officials have made similar past statements, taken together the comments suggested a more coercive rhetorical stance toward Tehran if it refused to resume compliance with the deal called the Joint Comprehensive Plan of Action (JCPOA).

Iran denies it is seeking a nuclear weapon, which the clerical state argues is religiously forbidden.

But Tehran believes it needs to defend itself in a hostile neighborhood, with memories still vivid of the brutal 1980-88 war launched by Iraqi dictator Saddam Hussein with backing from the West.

Iran has said repeatedly that it is ready to resume talks "soon" but no date has yet been announced.