US shares details on Iran sanctions it's ready to lift 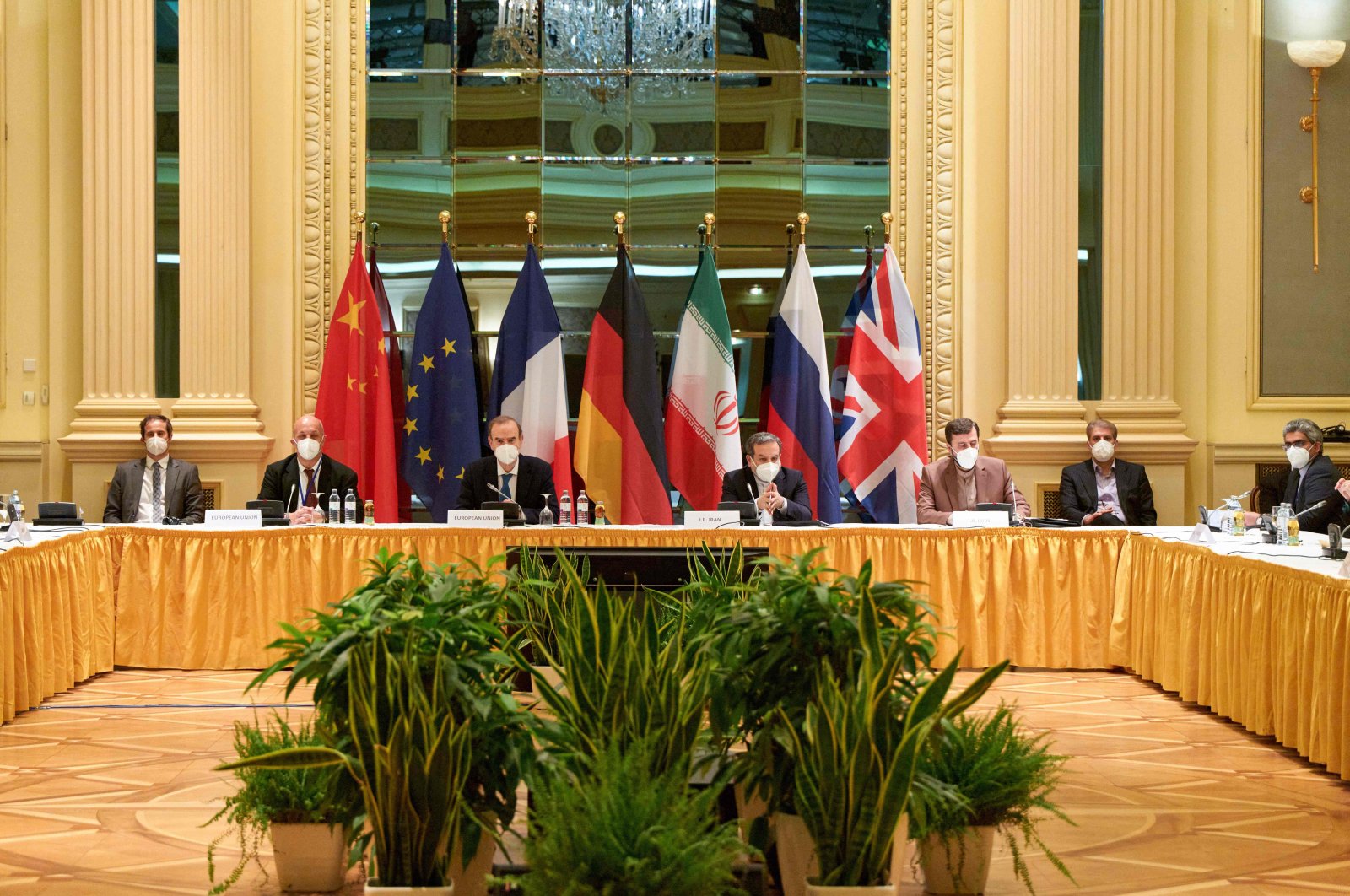 The EU Delegation in Vienna shows delegation members from the parties of the Iran nuclear deal – Germany, France, Britain, China, Russia and Iran – attending a meeting at the Grand Hotel of Vienna as they try to restore the deal, Austria, April 17, 2021. (AFP Photo)
by French Press Agency - AFP Apr 22, 2021 12:13 pm
RECOMMENDED

A senior U.S. official shared Wednesday details with Iran on sanctions Washington is prepared to lift under a return to a nuclear accord.

The United States and Iran are taking their second break from indirect talks in Vienna on how to restore a 2015 nuclear accord backed by President Joe Biden, after his predecessor Donald Trump walked away.

"This time, we have gone into more detail," a senior U.S. official said of the latest EU-led talks.

The official said the United States has also described a third category of "difficult cases" in which Trump reimposed sanctions that are not related to nuclear activity but were done "purely for the purpose of preventing" Biden from re-entering the deal.

Iran has pressed for the United States to lift all sanctions imposed under Trump before it rolls back the steps Tehran took away from the 2015 deal in protest.

The U.S. official said that the United States and Iran have not yet gone into detail on the question of who goes first.

But the official said: "We're open to different kinds of sequencing which meets our interest – which is to see both sides in full compliance."

He declined to confirm a Wall Street Journal report that the Biden administration has voiced a willingness to ease sanctions on the Iranian finance and oil sectors.

With Iran declining to meet with the United States, European diplomats have been shuttling between the two sides.

Diplomats from Britain, China, France, Germany, Iran and Russia have been meeting in a luxury Vienna hotel, while U.S. envoys are participating indirectly in the talks from a nearby hotel.

"We have made some progress, but there is still a way to go," said a European diplomat.

"We encourage all sides to seize the diplomatic opportunity in front of us. We condemn escalatory measures by any actor that could jeopardize progress."

The European powers had last week expressed "grave concern" over Iran's move to boost uranium enrichment to 60% in response to what Tehran says was an attack by Israel against the key nuclear facility of Natanz.

The step will bring Iran closer to the 90% purity threshold for military use and shorten its potential "breakout time" to build an atomic bomb – a goal the Islamic republic denies.

Israel has neither confirmed nor denied involvement at Natanz but public radio reports in the country, citing unnamed intelligence sources, said it was a sabotage operation by the Mossad spy agency.

The United States has had no diplomatic relations with Iran since its embassy was seized by radicals in the wake of the 1979 Islamic Revolution that ousted the pro-West shah.