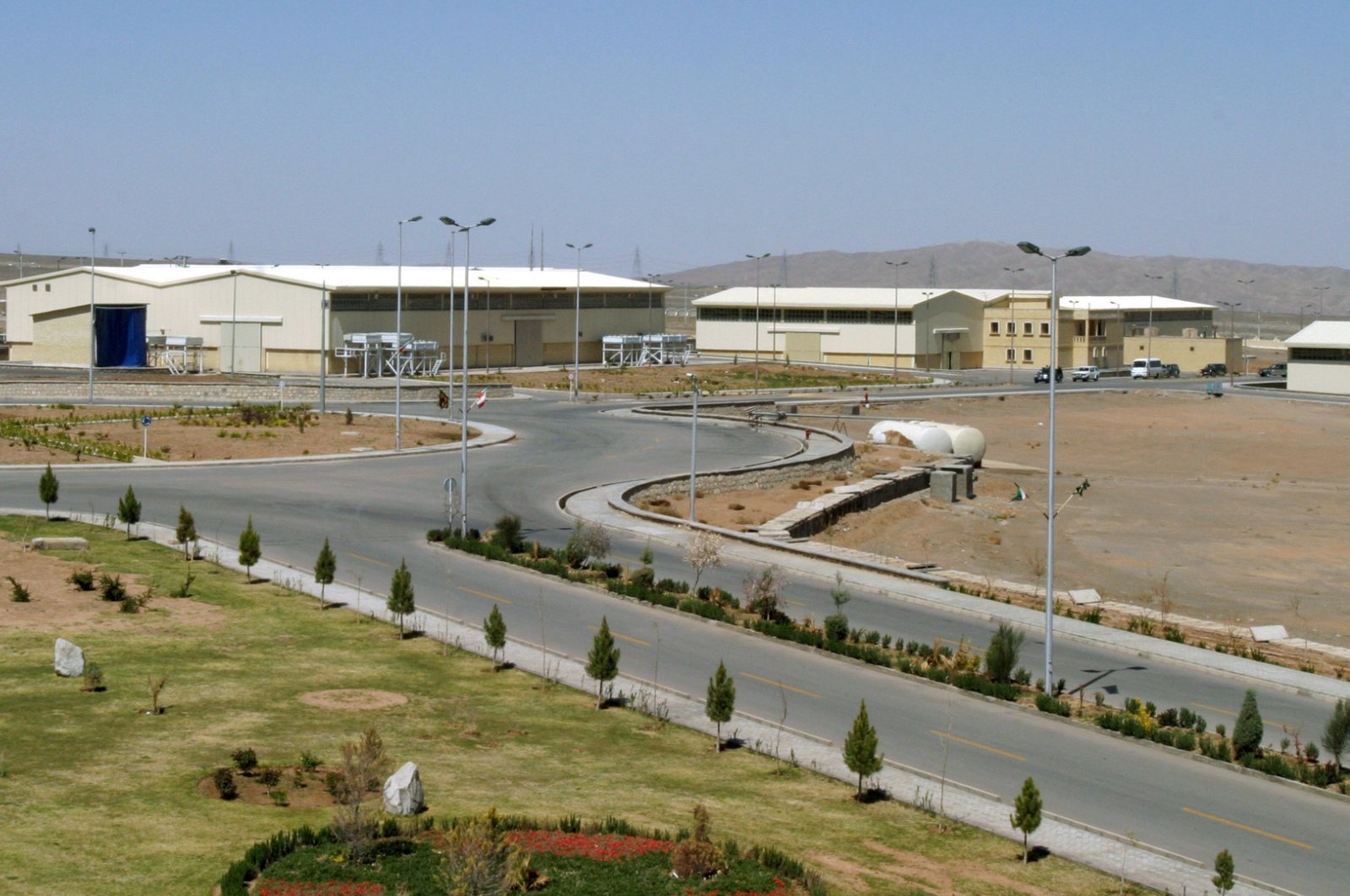 As Iranian officials investigated the outage, many Israeli media outlets offered the same assessment that a cyberattack darkened Natanz and damaged a facility that is home to sensitive centrifuges. While the reports offered no sourcing for the evaluation, Israeli media maintains a close relationship with the country's military and intelligence agencies.

Ali Akbar Salehi, the head of Iran's Atomic Energy Organization, stopped short of directly blaming anyone for the incident. "To thwart the goals of this terrorist movement, the Islamic Republic of Iran will continue to seriously improve nuclear technology on the one hand and to lift oppressive sanctions on the other hand,” Salehi said, according state TV.

"While condemning this desperate move, the Islamic Republic of Iran emphasizes the need for a confrontation by the international bodies and the (International Atomic Energy Agency) against this nuclear terrorism,” he added.

The IAEA, the United Nations' body that monitors Tehran's atomic program, earlier said it was aware of media reports about the incident at Natanz and had spoken with Iranian officials about it. The agency did not elaborate.

If Israel caused the blackout, it further heightens tensions between the two nations, already engaged in a shadow conflict across the wider Middle East. It also complicates efforts by the United States, Israel's main security partner, to re-enter the atomic accord aimed at limiting Tehran's program so it could not pursue a nuclear weapon if it chose.

"We still do not know the reason for this electricity outage and have to look into it further," Kamalvandi said. "Fortunately, there was no casualty or damage and there is no particular contamination or problem.” Asked by the state TV correspondent if it was a "technical defect or sabotage,” Kamalvandi declined to comment.

Malek Shariati Niasar, a Tehran-based lawmaker who serves as spokesperson for the Iranian Parliament's energy committee, wrote on Twitter that the incident was "very suspicious,” raising concerns about possible "sabotage and infiltration.” He said lawmakers were pursuing details of the incident as well.

The Vienna-based International Atomic Energy Agency, which monitors Iran’s program, said it was "aware of the media reports,” but declined to comment.

Natanz was built largely underground to withstand enemy airstrikes. It became a flashpoint for Western fears about Iran’s nuclear program in 2002, when satellite photos showed Iran building its underground centrifuges facility at the site, some 200 kilometers (125 miles) south of the capital Tehran.

Natanz suffered a mysterious explosion at its advanced centrifuge assembly plant in July that authorities later described as sabotage. Iran now is rebuilding that facility deep inside a nearby mountain.

Israel, Iran's regional archenemy, has been suspected of carrying out that attack as well as launching other assaults, as world powers now negotiate with Tehran in Vienna over its nuclear deal. Iran also blamed Israel for the killing of a scientist who began the country’s military nuclear program decades earlier.

The Stuxnet computer virus, discovered in 2010 and widely believed to be a joint U.S.-Israeli creation, once disrupted and destroyed Iranian centrifuges at Natanz.

"It’s hard for me to believe it’s a coincidence,” said Yoel Guzansky, a senior fellow at Tel Aviv's Institute for National Security Studies, of Sunday's blackout. "If it’s not a coincidence, and that’s a big if, someone is trying to send a message that ‘we can limit Iran’s advance and we have red lines.’”

Israel has not claimed any of the attacks, though Netanyahu repeatedly has described Iran as the major threat faced by his country in recent weeks.

Meeting with Austin Sunday, Gantz said Israel viewed the U.S. as an ally against all threats, including Iran. "The Tehran of today poses a strategic threat to international security, to the entire Middle East and to the state of Israel,” Gantz said.

"And we will work closely with our American allies to ensure that any new agreement with Iran will secure the vital interests of the world, of the United States, prevent a dangerous arms race in our region, and protect the state of Israel.”

The Israeli army's chief of staff, Lt. Gen. Aviv Kochavi, also appeared to reference Iran. The Israeli military’s "operations in the Middle East are not hidden from the eyes of the enemy," Kochavi said. "They are watching us, seeing (our) abilities and weighing their steps with caution.”

Multiple Israeli media outlets reported Sunday that a cyberattack caused the blackout in Natanz. Public broadcaster Kan said Israel was likely behind the attack, citing Israel’s alleged responsibility for the Stuxnet attacks a decade ago.

Channel 12 TV cited "experts” as estimating the attack shut down entire sections of the facility. None of the reports included sources or explanations on how the outlets came to that assessment.

In Tehran, Iranian officials meanwhile welcomed arriving South Korean Prime Minister Chung Sye-kyun, the first visit by a premier from Seoul since before the 1979 Islamic Revolution. Iran Friday released a South Korean oil tanker held since January amid a dispute with Seoul over billions of dollars of its assets frozen there due to sanctions.

On Saturday, Iran announced it had launched a chain of 164 IR-6 centrifuges at the plant. Officials also began testing the IR-9 centrifuge, which they say will enrich uranium 50 times faster than Iran's first-generation centrifuges, the IR-1.

The nuclear deal limited Iran to using only IR-1s for enrichment. Since then-President Donald Trump's withdrawal from the Iran nuclear deal in 2018, Tehran has abandoned all the limits of its uranium stockpile. It now enriches up to 20% purity, one technical step away from weapons-grade levels of 90%. Iran maintains its atomic program is for peaceful purposes.

On Tuesday, an Iranian cargo ship said to serve as a floating base for Iran’s paramilitary Revolutionary Guard forces off the coast of Yemen was struck by an explosion, likely from a limpet mine. Iran has blamed Israel for the blast. That attack escalated a long-running shadow war in Mideast waterways targeting shipping in the region.