WHO calls for access to Gaza patients, evacuations after Israeli violence 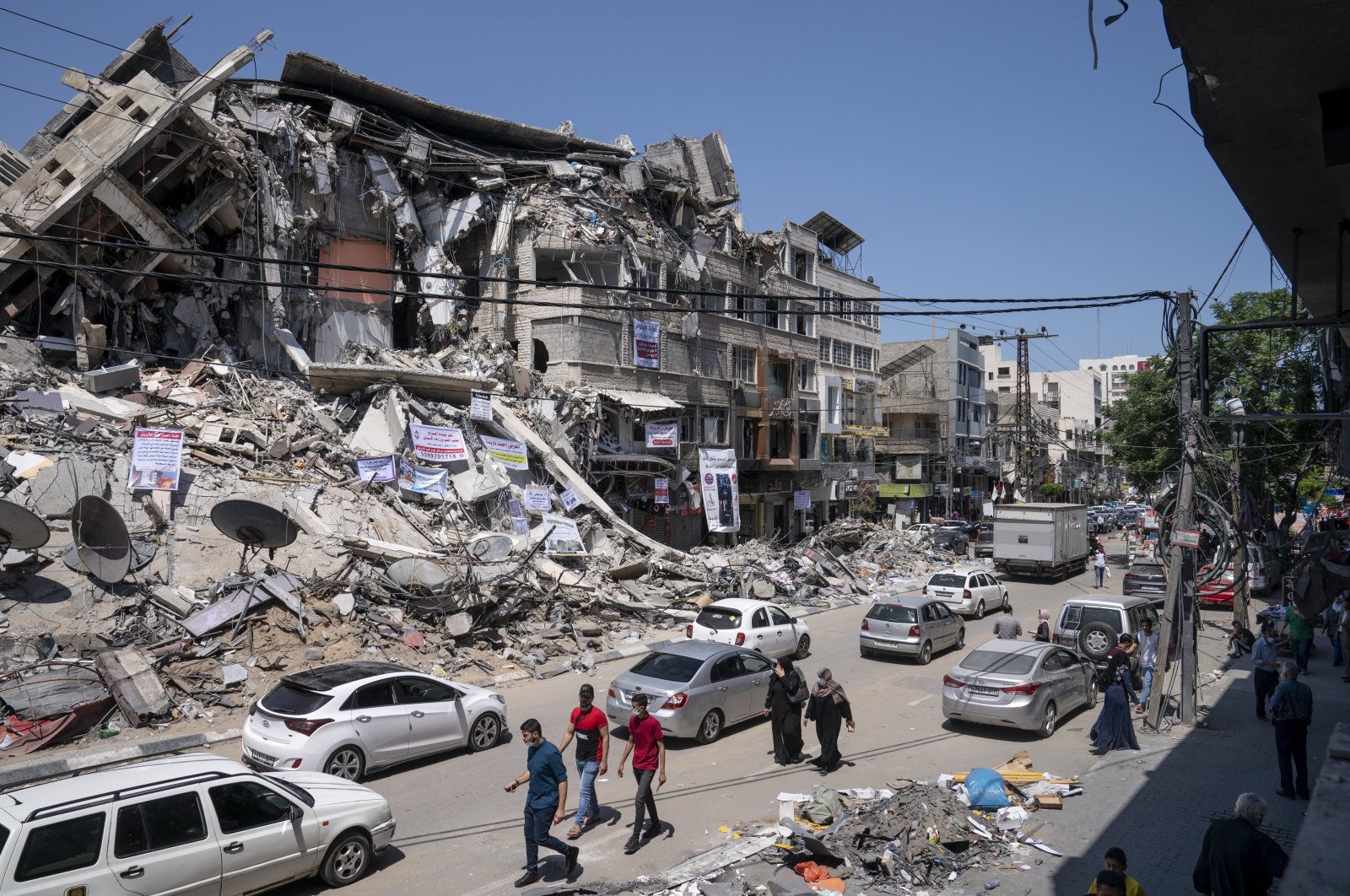 Motorists and pedestrians move past a building destroyed by an airstrike prior to a cease-fire that halted the 11-day war between Gaza's Hamas rulers and Israel in Gaza City, the Gaza Strip, May 25, 2021. (AP Photo)
by Agencies May 28, 2021 3:54 pm
RECOMMENDED

The World Health Organization (WHO) called on Friday for access to patients in the Gaza Strip and free passage to evacuate them for medical treatment as health workers struggle to care for the sick and wounded after 11 days of Israeli violence.

WHO spokesperson Fadela Chaib told a Geneva briefing that around 600 patients, including some with chronic conditions, needed to be referred outside of the Palestinian enclave since the start of the hostilities, but had been unable to due to crossing closures.

"It's very important that we help Palestinians get the care they need, especially helping them get treatment outside the Gaza strip," she said.

WHO has a presence on the ground, Chaib said but was unable to confirm whether it currently had any access from the outside. Other aid agencies have complained about limited humanitarian access and drug supplies.

Dozens of health centers were damaged during Israeli bombings earlier this month, prompting the WHO to warn that facilities risked being overwhelmed.

"The capacity of the health system to respond is completely crushed," Helen Ottens-Patterson, the head of international charity Doctors Without Borders (MSF) in Gaza, told journalists earlier this week. In an indication of the challenges ahead, she said that an MSF team had to "wade through rubble and glass" to access a ministry of health compound earlier this week.

Aid workers have also raised concerns about a possible surge in COVID-19 infections after the latest violence since many people displaced by bombings were crowded together for shelter.

Since April 13, clashes have erupted across the occupied territories because of Israeli attacks on the Al-Aqsa Mosque and restrictions on Palestinians in East Jerusalem, and an Israeli court's decision to evict 12 Palestinian families from their homes in favor of Israeli settlers.

Tensions moved to Gaza on May 10, leading to a military confrontation between Israeli forces and Palestinian resistance groups where Israeli warplanes caused an unprecedented scale of destruction in the occupied territory.

The Egyptian-brokered cease-fire took effect last Friday, putting an end to 11 days of the worst fighting in years. At least 279 Palestinians were killed, including 69 children and 40 women, and more than 1,900 others injured in the Israeli onslaught in Gaza and the West Bank, according to Palestinian health officials.