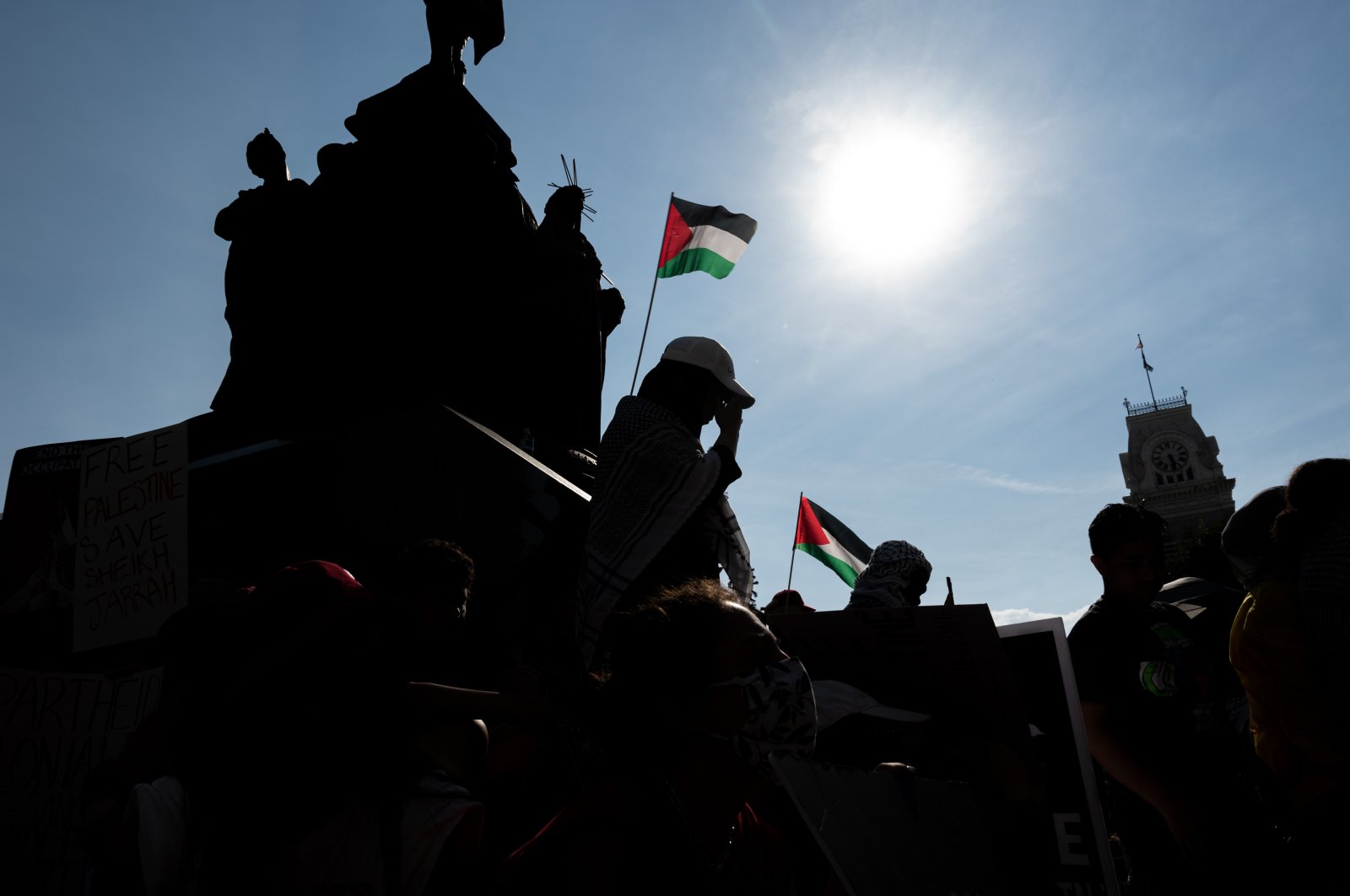 People listen to speakers and hold signs during a pro-Palestine protest on the steps of City Hall in Louisville, Kentucky, U.S., May 23, 2021. (AFP Photo)
by Anadolu Agency May 26, 2021 9:56 pm
RECOMMENDED

A significant majority of countries voting at the 74th World Health Assembly (WHA) on Wednesday backed a resolution on health conditions in the occupied Palestinian territories.

The resolution, which was supported by Turkey, was passed despite opposition from Israel and other countries including the U.S. and the U.K.

There were 83 votes in favor and 14 against the resolution, while 39 countries abstained.

The countries that voted against the resolution included Israel, Austria, Australia, Brazil, Cameroon, Canada, Colombia, the Czech Republic, Germany, Honduras, Hungary the U.K. and the U.S.

Those opposing the resolution said the item politicized the World Health Organization (WHO), arguing that it was the only item on the agenda that singled out a specific nation.

He said the Palestinian people are facing significant challenges in many areas, including the health sector.

"Unfortunately, despite the fact that hundreds of Palestinians were killed in the recent events in the occupied Palestinian territories, those countries who object to the draft decision are advocating for health only as a political choice," he said.

At least 254 Palestinians were killed, including 66 children and 39 women, and more than 1,900 others injured in Israel's 11-day assault on the Gaza Strip, while 31 more were killed by Israeli forces in the occupied West Bank, according to official Palestinian figures.

Later on, Israel approved a cease-fire with Hamas.

One item in the resolution called "to ensure sustainable procurement of WHO prequalified vaccines and medicine and medical equipment to the occupied Palestinian territory in compliance with the international humanitarian law and the WHO norms and standards."

Meirav Eilon Shahar, Israel's ambassador to the U.N. in Geneva, said after the vote that the nations who opposed the resolution had "acknowledged that the politicization of the World Health Organization must end."