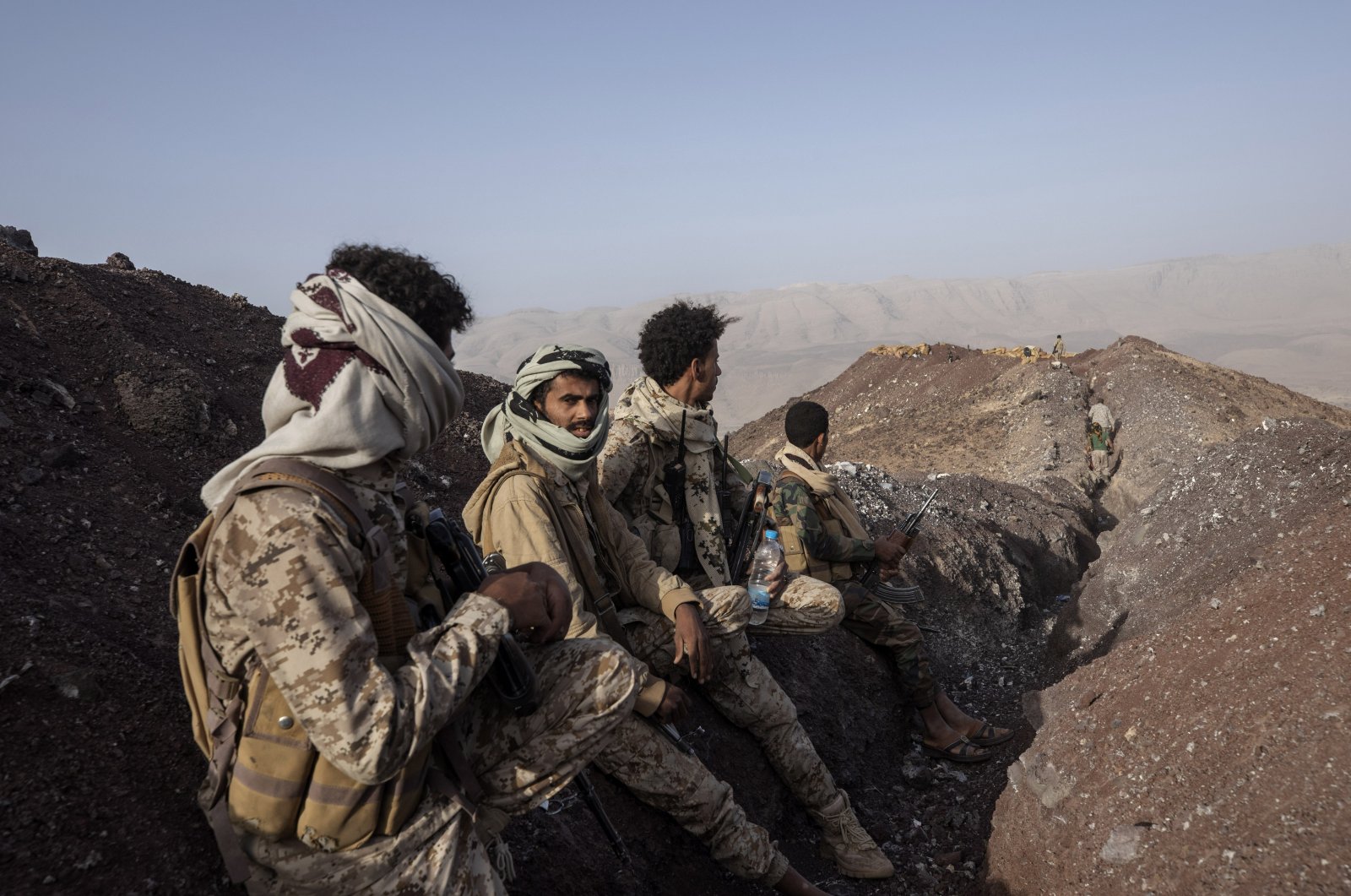 Yemeni fighters backed by the Saudi-led coalition stand at a distance from the front line after clashes with Houthi rebels on the Kassara front line near Marib, Yemen, June 20, 2021. (AP Photo)
by Anadolu Agency Jul 25, 2021 6:41 pm
RECOMMENDED

Al-Humayqani said the Houthis also released bodies of eight Yemeni government soldiers in exchange for the corpse of one Houthi fighter.

Both the Yemeni government and the Houthi rebels have not yet issued a statement confirming the swap.

In June, eight prisoners were released from each side in the eastern al-Jawf province.

The two parties had previously carried out several prisoner swaps with local and international efforts.

Last October, the government and the Houthis exchanged 1,056 prisoners from both sides in the largest swap deal since the war began seven years ago.

In December 2018, government representatives and Houthi rebel leaders held U.N.-brokered talks in Stockholm, Sweden, which yielded a cease-fire agreement and the swapping of prisoners in the coastal city of al-Hudaydah.

A deal was struck in Switzerland in September 2020, and hundreds of fighters from both sides returned home the following month in the largest handover since the war began.

There is no accurate count of prisoners on either side as they continue to capture each other during their ongoing war.

Yemen has been engulfed by violence and chaos since 2014, when Iran-aligned Houthi rebels overran much of the country, including the capital Sanaa.