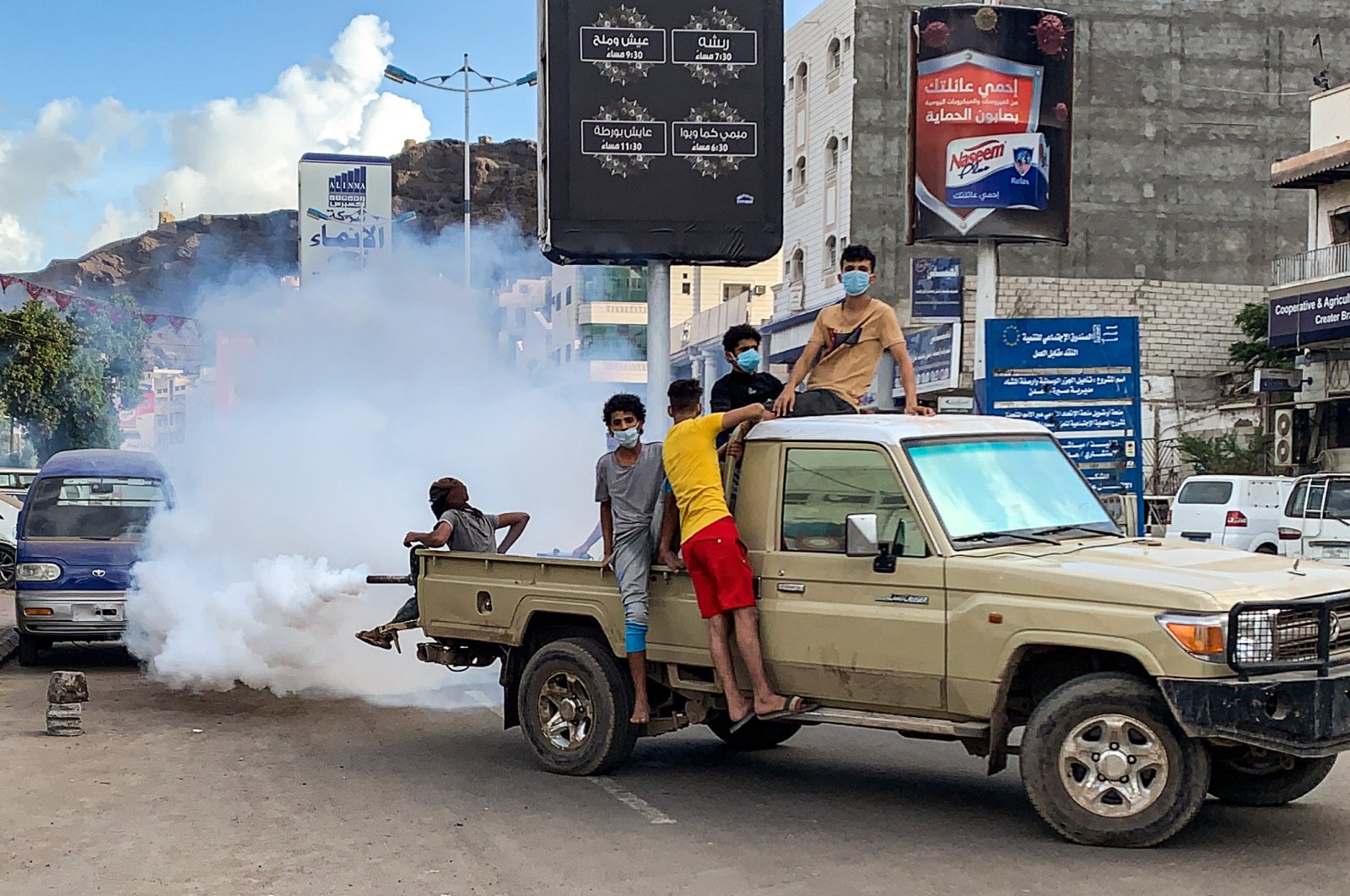 Youths wearing masks as a precaution due to COVID-19 coronavirus disease, sit in the back of a truck carrying out fumigation in an area in Yemen's southern coastal city of Aden, May 5, 2020. (AFP)
by Anadolu Agency May 05, 2020 5:25 pm
RECOMMENDED

Yemen's Houthi rebel group on Tuesday confirmed the first coronavirus case in areas under their control.

A test on a Somali immigrant, who had died in a hotel in Sanaa, proved that he had been infected with the virus, the group-affiliated Al Masirah TV quoted Taha al-Motawakel, Health Minister of the self-proclaimed Houthi government, as saying.

Houthis have been accused of hiding information about the virus outbreak in areas under their control.

Earlier Tuesday, health authorities of the internationally recognized Yemeni government said the number of coronavirus infections reached to 21, including three deaths and one recovery.

After appearing in Wuhan, China late last year, the virus has spread to at least 187 countries and regions, according to figures compiled by the U.S.-based Johns Hopkins University's Coronavirus Resource Center.

More than 3.6 million cases of COVID-19 have been confirmed worldwide, with nearly 252,000 deaths and over 1.1 million recoveries.

Yemen, the Arab world’s poorest nation, has been convulsed by civil war since 2014. That’s when the Iran-backed Houthis took control of the country’s north, including the capital Sanaa. A Saudi-led military coalition intervened against the Houthis the following year. Despite relentless Saudi airstrikes and a blockade of Yemen, the war has ground to a stalemate.

The conflict has killed over 10,000 people and created the world’s worst humanitarian crisis, leaving millions suffering from food and medical care shortages and pushing the country to the brink of famine.