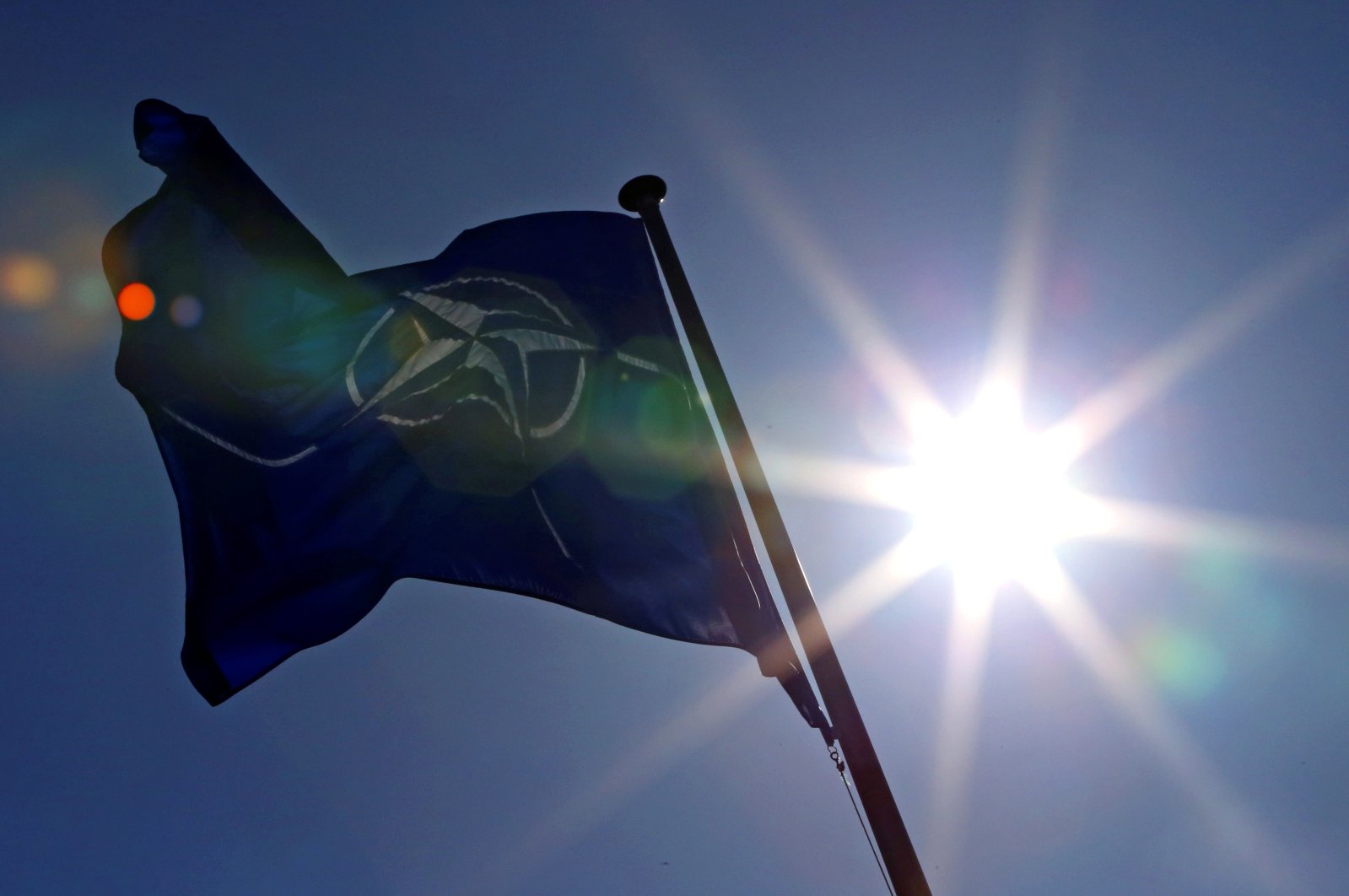 A NATO flag flies at the Alliance headquarters in Brussels during a NATO ambassadors meeting on the situation in Ukraine and the Crimea region, March 2, 2014. (Reuters Photo)
by French Press Agency - AFP
Oct 06, 2021 8:06 pm

NATO said on Wednesday it had expelled eight members of the Russian mission to the military alliance and stripped them of their accreditation, calling them "undeclared Russian intelligence officers."

A NATO official giving the information said that "we can also confirm that we have reduced the number of positions which the Russian Federation can accredit to NATO to 10," down from 20 previously.

"We can confirm that we have withdrawn the accreditation of 8 members of the Russian Mission to NATO, who were undeclared Russian intelligence officers," the official told Agence France-Presse (AFP), confirming information first reported by Britain's Sky News.

"NATO's policy towards Russia remains consistent. We have strengthened our deterrence and defense in response to Russia's aggressive actions, while at the same time we remain open for a meaningful dialogue," the official, who refused to be named, said.

The decision on halving the Russian mission will take effect at the end of the month and is understood to have been approved by all 30 NATO member countries.

Russia has long had an observer mission to NATO as part of a two-decade-old NATO-Russia Council meant to promote cooperation in common security areas, but it is not a member of the U.S.-led alliance.

The Russian mission has been downsized once before when seven of its members were ejected in the wake of the 2018 poisoning by the Novichok nerve agent on a Russian former double agent, Sergei Skripal, and his daughter in Britain. Accreditation applications by another three Russian diplomats were denied.

The NATO-Russia Council has been largely non-functioning against a backdrop of tensions fuelled by Russia's 2014 annexation of Ukraine's Crimean Peninsula, ongoing support of pro-Moscow separatists in Ukraine, and weapons developments including missiles.

U.S. President Joe Biden has taken a much firmer tone against Russian President Vladimir Putin than his predecessor Donald Trump did.

Another NATO official told AFP that the NATO-Russia Council "remains an important platform for dialogue" and said a proposal from early last year to hold another meeting of the forum "stands."

"The ball is in Russia's court," the official said.

Sky News reported that NATO's decision came after information was revealed in April about fatal explosions at a Czech ammunition depot in 2014 that Prague says involved two Russian spies – identified as allegedly implicated in the Skripal poisoning.

That Czech Republic-Russia incident led to the mutual expulsion of dozens of EU and Russian diplomats and other embassy staff.