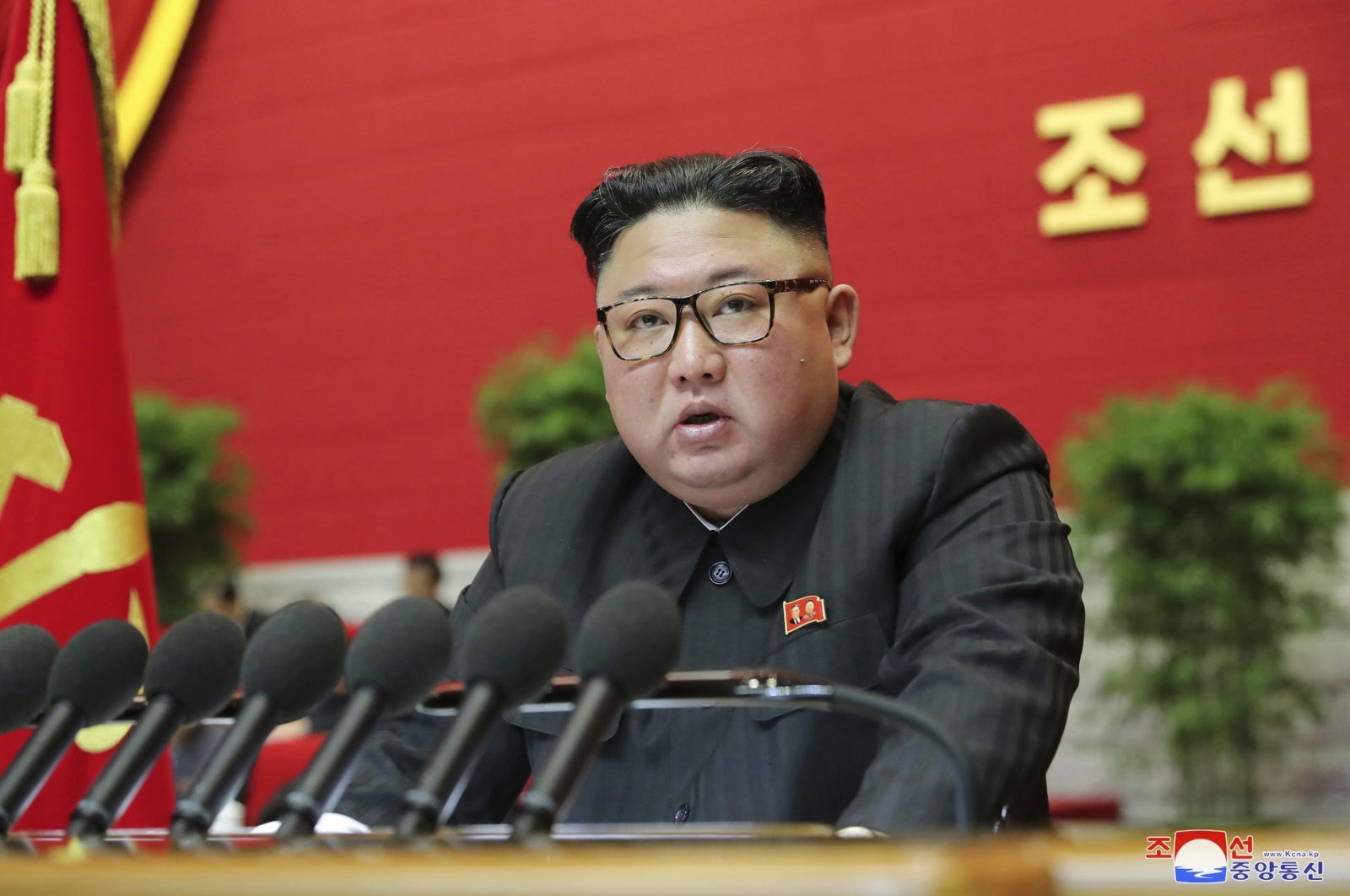 North Korean leader Kim Jong Un threatened to expand his nuclear arsenal as he disclosed a list of high-tech weapons systems under development, saying the fate of relations with the United States depends on whether it abandons its hostile policy, state media reported Saturday.

Kim’s comments during a key meeting of the ruling party this week were seen as applying pressure on the incoming administration of President-elect Joe Biden, who has called Kim a "thug” and has criticized his summits with President Donald Trump.

Kim said he won’t use his nuclear arsenal unless "hostile forces” intend to use their nuclear weapons against North Korea first. He also suggested he is open to dialogue if Washington is too, but stressed North Korea must further strengthen its military and nuclear capability to cope with intensifying U.S. hostility.

He again called the U.S. his country’s "main enemy.”

"Whoever takes office in the U.S., its basic nature and hostile policy will never change,” he said.

Biden, who will take office on Jan. 20, is unlikely to hold direct meetings with Kim unless the North Korean leader takes significant denuclearization steps.

Cheong Seong-Chang, a fellow at the Wilson Center’s Asia Program, said Kim’s speech showed he has no interest in denuclearization talks with Biden if he insists that working-level negotiations must sort out contentious issues first.

Kim didn’t cite any specific provocative U.S. actions. North Korea has previously called regular U.S. military drills with South Korea and the American military presence in South Korea as proof of hostility. In particular, the North views the U.S.-South Korean drills as an invasion rehearsal, though the allies have repeatedly denied that.

The North Korean leader listed sophisticated weapons systems that he said were under development. They include a multi-warhead missile, underwater-launched nuclear missiles, solid-fueled long-range missiles and spy satellites. He said North Korea must also advance the precision attack capability on targets in the 15,000 kilometer (9,320 mile)-striking range, an apparent reference to the U.S. mainland, and develop technology to manufacture smaller nuclear warheads to be mounted on long-range missiles more easily.

"Nothing would be more foolish and dangerous than not strengthening our might tirelessly and having an easy-going attitude at a time when we clearly see the enemy’s state-of-the-art weapons are being increased more than ever,” Kim said. "The reality is that we can achieve peace and prosperity on the Korean Peninsula when we constantly build up our national defense and suppress U.S. military threats.”

It’s unclear if North Korea is capable of developing such systems. It’s one of the world’s most cloistered countries, and estimates on the exact status of its nuclear and missile programs vary widely. In 2018, the South Korean government said North Korea was estimated to have up to 60 nuclear weapons.

"What they want to tell the U.S. is we’re developing the new strategic weapons that you can see as the most intimidating. Do you want to come to the negotiating table?” Choi Kang, vice president of Seoul’s Asan Institute for Policy Studies, said. "While Kim leaves the door open for talks, he’s still sending a message to Biden that he’s not an easy (dialogue) partner.”

The ruling party congress convened for the first time in five years. KCNA said Kim spoke for nine hours during his review of party projects from Tuesday to Thursday.

The congress is the Workers Party’s top decision-making body, and it is being held as Kim faces what appears to be the toughest moment of his nine-year rule due to blows to his already-fragile economy – pandemic-related border closings that have sharply reduced the North’s external trade, a spate of natural disasters last summer and U.S.-led sanctions.

During his opening-day speech, Kim called the difficulties the "worst-ever” and admitted his previous economic plans had failed. In his other comments reported Saturday, he called for building a stronger self-supporting economy and reducing reliance on imports. He said new five-year development goals would include more investments in the metal and chemical industries and increasing the production of consumer goods.

Since taking power in late 2011, Kim, who turned 37 on Friday, has pushed the so-called "byungjin” policy of simultaneously seeking economic growth and the expansion of his nuclear deterrent.

During this week's speeches, Kim said North Korea will further boost ties with China, its biggest ally and economic lifeline. He also slammed South Korea for aggravating animosities by continuing the drills with the U.S. and introducing modern weapons. He said improved ties depend on South Korea's actions.

South Korea’s Unification Ministry responded that it remains committed to establishing peace and denuclearization on the Korean Peninsula. A statement said it hopes for the early resumption of North Korea-U.S. talks.