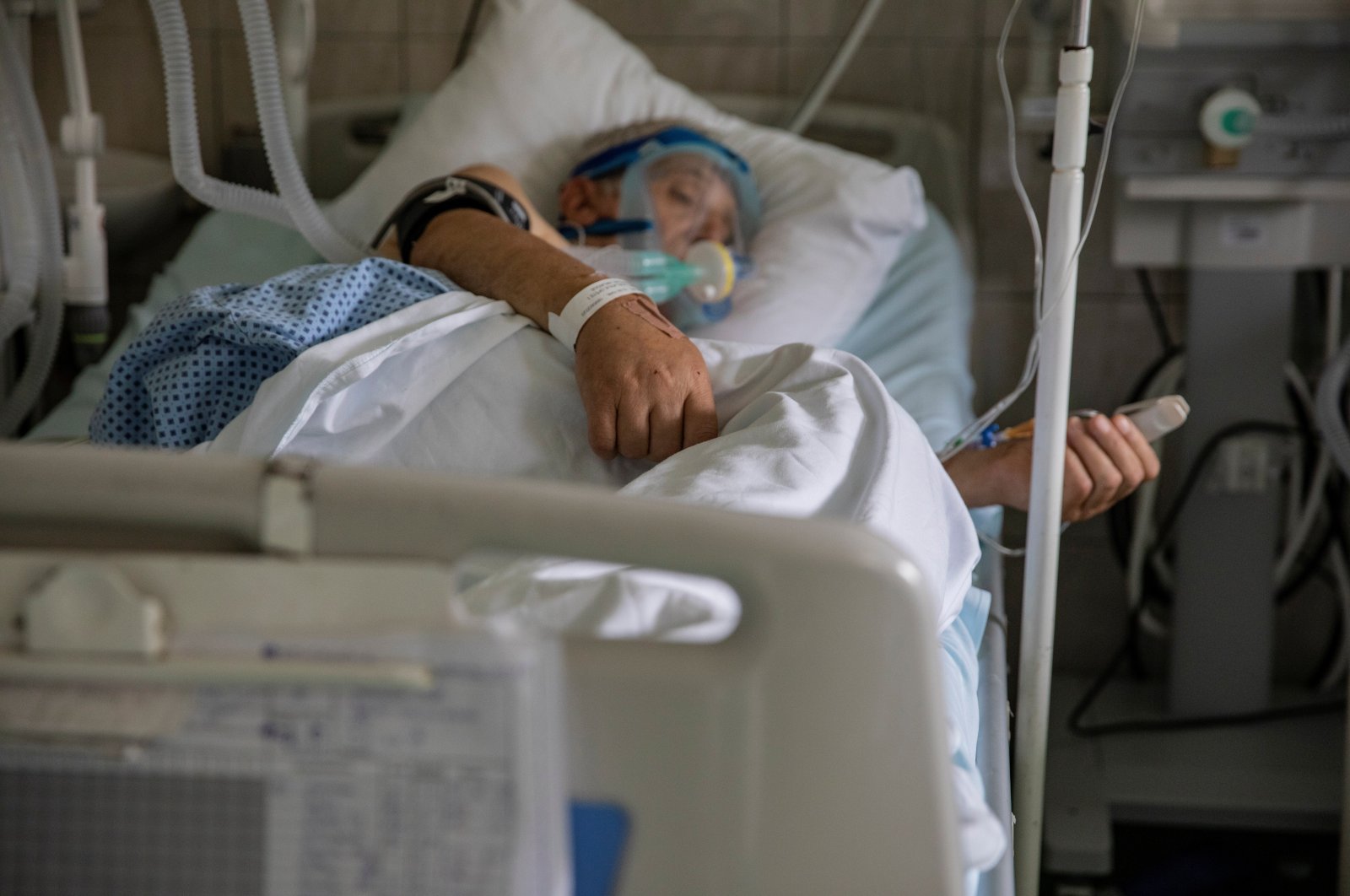 The world has set a new record for the highest daily increase in coronavirus infections, as a survey released Saturday showed governments are fast losing support for their handling of the pandemic.

There were more than 280,000 new cases recorded globally on both Thursday and Friday, the highest daily rises since the virus emerged in China late last year.

Friday's tally of 282,042 was marginally down on Thursday's single-day record 284,661, according to an AFP count based on official sources, but still marks an alarming uptick in the spread of the virus.

Nearly a third of the world's 15.8 million infections have been registered since July 1, while the total death toll nears 640,000.

The U.S. remains the hardest-hit nation, Friday reporting its second straight day of more than 70,000 new cases and over 1,000 deaths as the virus takes hold in the country's south and west.

A similar resurgence in Europe has prompted the World Health Organization to sound the alarm over the spread, as Britain joined France, Germany and Austria in tightening rules on mask-wearing as well as rolling out greater testing.

Governments worldwide have struggled to contain the virus despite long and economically-crippling lockdowns imposed on millions of people, and a survey released Saturday showed that faith in authorities is dwindling in six rich nations.

Populations in France, Germany, Britain, Japan, Sweden and the U.S. widely believed death and infection figures to be higher than recorded, according to the study, which polled 1,000 people in each nation.

"In most countries, this month, support for national governments is falling," the report by the Kekst CNC communications consulting group said.

New outbreaks continue to wreak havoc elsewhere around the world, with fresh clusters emerging across Asia.

South Korea on Saturday reported its highest infections figures in nearly four months, while in Vietnam the first locally-transmitted case in nearly 100 days was detected.

Authorities in China said Friday they would introduce a new wave of testing in the port city of Dalian, home to about six million people after fresh infections were detected there.

The local government's health commission said the city must "enter wartime mode" to prevent any spread as it announced on-the-spot nucleic acid tests for people using the subway system and new lockdowns for some communities.

That did not prevent the Chinese Super League kicking off behind closed doors on Saturday with the players of Guangzhou Evergrande and Shanghai Shenhua holding a minute's silence for the victims of the pandemic.

However, festivities were called off in Sao Paulo, the biggest city in hard-hit Brazil, which indefinitely postponed its 2021 carnival because of the pandemic.

Europe accounts for a fifth of the world's case count so far.

The WHO's European chapter has expressed concern about the rise in cases on the continent in the past two weeks and warned tighter restrictions may be needed.

A three-year-old girl this week died in Belgium, becoming the country's youngest victim of the virus.

"The recent resurgence in COVID-19 cases in some countries following the easing of physical distancing measures is certainly cause for concern," a WHO Europe spokeswoman told AFP.

"If the situation demands, the reintroduction of stricter, targeted measures with the full engagement of communities may be needed."

Outbreaks have been seen recently in the Spanish regions of Aragon and Catalonia where officials have reintroduced curbs on daily life and urged Barcelona residents only to leave home for essential trips.

'The world is infested'

French Prime Minister Jean Castex said on-the-spot testing would be rolled out for travelers arriving in France from 16 high-risk countries.

Masks are now mandatory in enclosed spaces across the nation and there are fears that the summer holiday season could see a new spike as people flock to beaches and tourist spots.

Britain on Friday also made it compulsory to wear face-coverings in shopping malls, banks, takeout outlets, sandwich shops and supermarkets.

Exceptions have been made, including for children under 11 or people with respiratory problems, but others who refuse to cover their nose and mouth in the U.K. risk a fine of up to £100 ($130).

The virus has overwhelmed health systems in Latin America, with infected people sleeping in tents or cars outside hospitals in Peru's second-largest city of Arequipa.

"The world is infested," said Raquel Barrera, a 28-year-old in El Salvador who has lost three brothers and both her parents to the disease in less than two months.