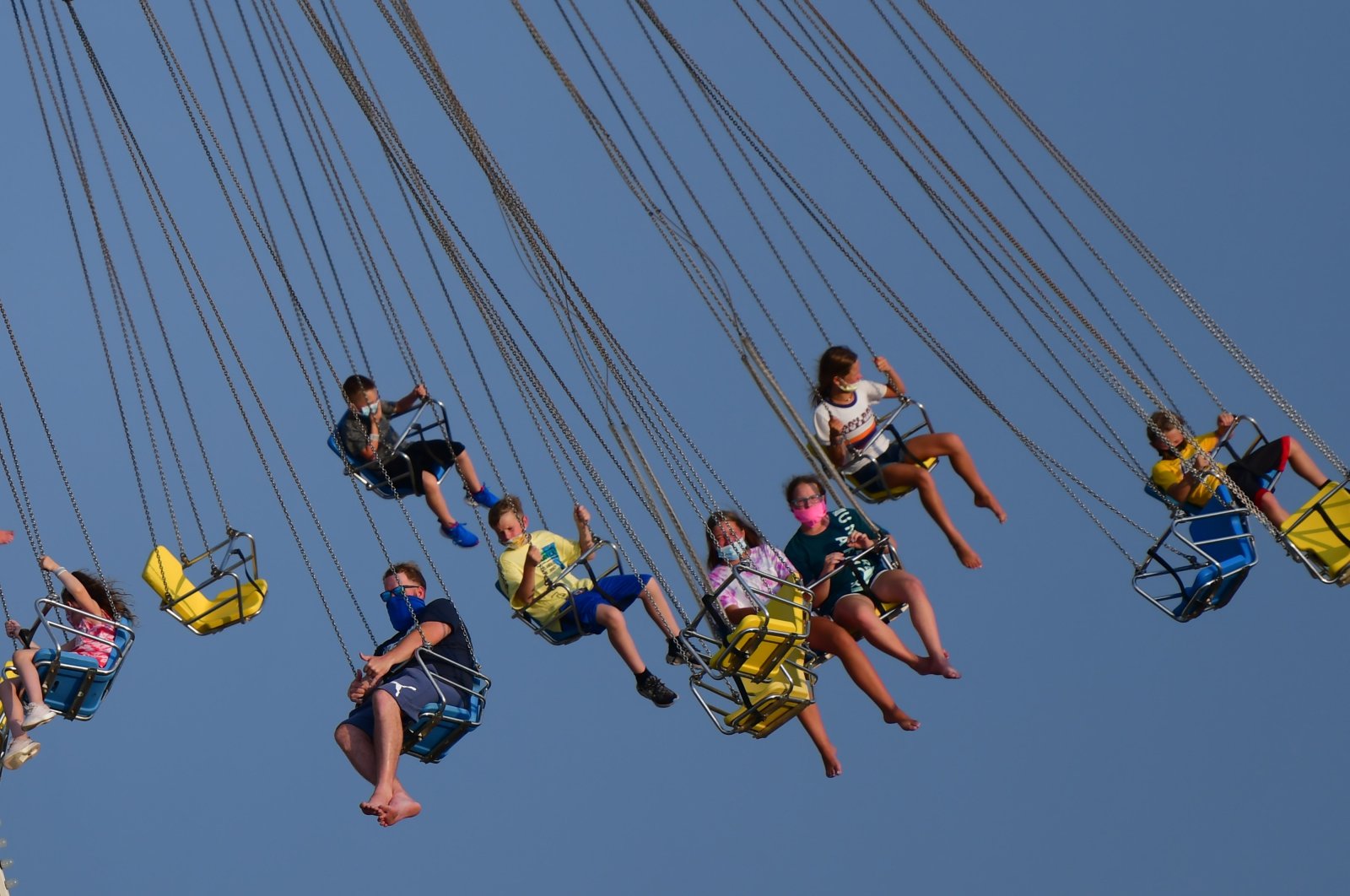 Spain put 200,000 people back in confinement and England reopened its beloved pubs on Saturday as Europe stuttered its way out of lockdown while the United States braced for large crowds hitting the streets to celebrate Independence Day.

The death toll in Russia surpassed 10,000 and Brazil's right-wing President Jair Bolsonaro, who once called the coronavirus a "little flu," diluted facemask rules even though his country's death rate is the world's second-highest and steadily rising.

The announcement from Spain's northeastern Catalonia region came as Europeans began converging on their favorite holiday spots thanks to an easing of border restrictions put in place to stop the spread.

Gatherings of more than 10 people would be banned – a relatively light lockdown similar to one Britain imposed this week in the city of Leicester.

A virus that has touched almost every country since emerging in China late last year is making an uneven retreat after forcing billions to spend months confined to their homes.

Nations are now rethinking how their cities can function and economies survive in the face of an illness that has infected at least 11 million and killed 526,000 globally.

But some hints of the old way of life are returning – none less so than in England, where drinkers trooped back to their local pubs for the first time since late March.

"Gorgeous," sighed Andrew Slawinski as he took his first sip at a pub in London. "This is like winning the (Premier) League."

Britain's Prince William got into the spirit of things by having his picture taken sipping a glass of cider and dutifully using hand sanitizer from a wall-mounted dispenser.

And finance minister Rishi Sunak urged Britons to "eat out to help out" – a message that did not appear to sit well with Health Secretary Matt Hancock.

"I'm no killjoy," said Hancock, "but the virus can still kill."

Governments across the world are trying to calibrate their reopenings – rousing their economies without triggering outbreaks and more lockdowns.

The dangers of reopening are being felt across the world.

Thousands of residents in high-rise apartments in Melbourne went into lockdown for at least five days as Australia recorded its biggest daily increase of infections in months.

"There are many, many vulnerable people who live in these towers," Victorian Premier Daniel Andrews said.

The United States also broke a record for new cases for a third day running on Friday as the world's largest economy prepared to celebrate its July 4 holiday under a shadow.

The disease has claimed nearly 130,000 U.S. lives already and new waves of cases that followed an easing of some measures "puts the entire country at risk," according to infectious disease expert Anthony Fauci.

But U.S. President Donald Trump – at Mount Rushmore for a fireworks celebration with thousands of attendees in close quarters and masks not required – has so far dismissed the deluge of data showing higher infection rates.

He retweeted a clip Saturday of crowds bunched shoulder to shoulder and wearing no face coverings watching him and his wife Melania on stage at the South Dakota event.

His predecessor Barack Obama called for Americans to be "safe and smart."

States such as Florida are recording more cases daily – around 10,000 – than European countries such as Italy at their peaks of the crisis.

Miami's usually-crowded South Pointe Beach was closed on Friday, save for patrolling police and a wandering cat.

Beaches in Los Angeles will also be closed over the weekend and Major League Baseball canceled its 2020 All-Star Game for the first time since World War II.

The United States further failed to make the list of nations whose visitors Britain will not require to self-isolate for two weeks on arrival, days after the EU took a similar step.

Cases have been skyrocketing across Latin America as well.

Brazil now has 1.5 million confirmed infections and 63,000 deaths while the caseloads in Peru and Chile have also exceeded those in any part of Europe except for Russia.

Yet Brazil's Rio de Janeiro authorized bars and restaurants to reopen at 50% capacity in a bid to draw in tourists to Copacabana beach.

Cases also surpassed 200,000 in Saudi Arabia as the virus continued to spread through the Middle East.

Countries across Africa meanwhile forged ahead with plans to reopen despite steadily rising cases.