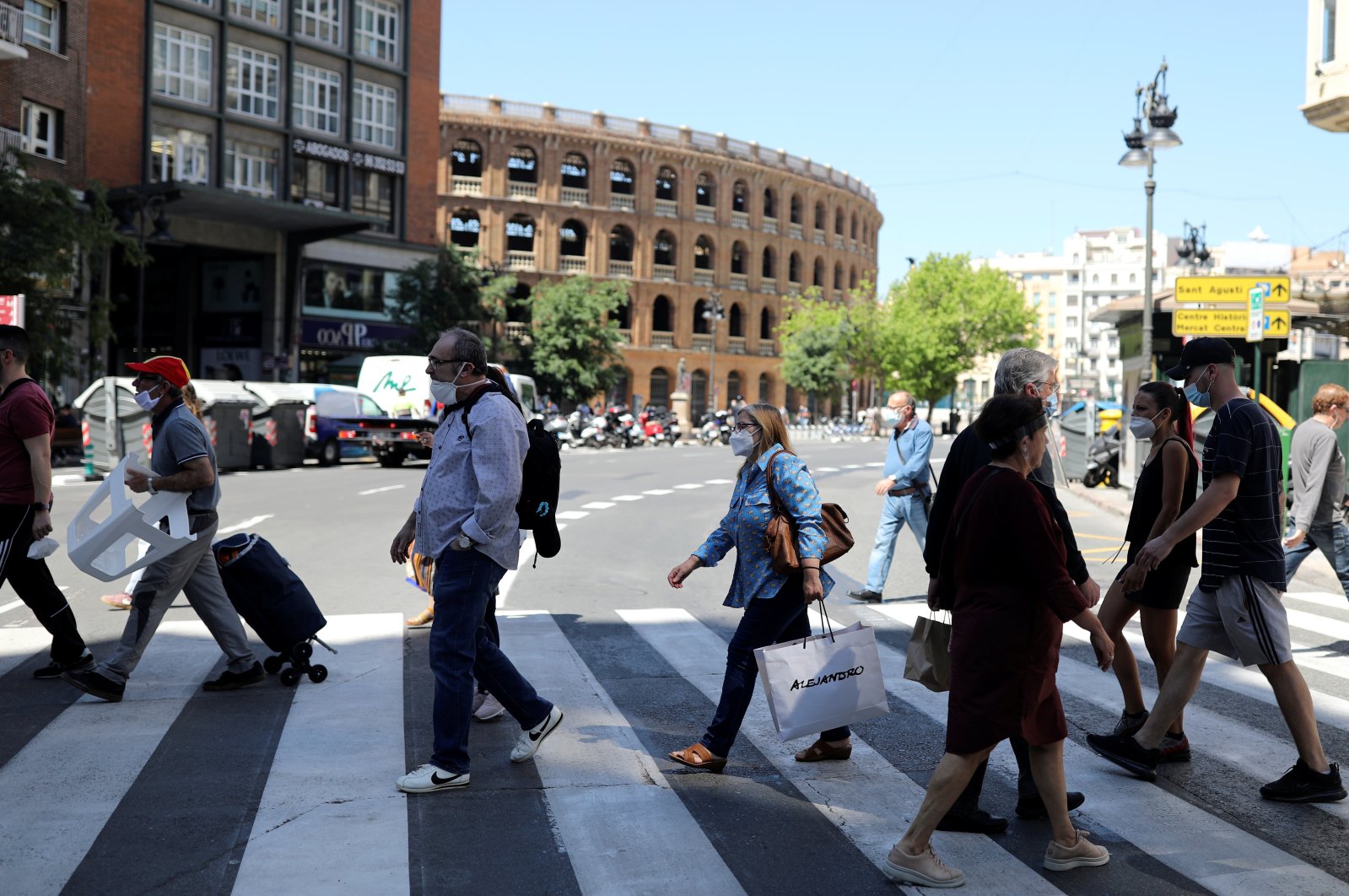 People wearing face masks walk on a crosswalk, as some Spanish provinces are allowed to ease lockdown restrictions during phase one, amid the coronavirus outbreak, in Valencia, Spain, May 19, 2020. (Reuters Photo)
by Anadolu Agency May 20, 2020 7:36 pm
RECOMMENDED

This is the fourth day in a row that the daily death count has been under the 100 mark. In total, the Health Ministry has confirmed that 27,888 people have lost their lives to the infectious disease in the country so far.

The number of new infections jumped up from 295 on Tuesday to 416 on Wednesday. The highest numbers of new cases were seen in Madrid, Catalonia and Castile-La Mancha.

Madrid and Barcelona both remain under Spain's strictest lockdown.

"The downward rhythm of the virus in Spain is now faster than in Italy, which started to deal with the epidemic at least a week before us," said Fernando Simon in a news conference.

As the new figures were released, Spain's politicians continue debating a fifth extension to the country's state of emergency that will last for another 15 days.

"We stopped the virus together and we should now work united in the economic reconstruction of our country," said Prime Minister Pedro Sanchez in parliament.

Despite increasingly strong opposition, the government's motion to extend the emergency measures are expected to pass.

Bitter protests continued again last night throughout the country. Predominately right-wing protestors have taken to the streets each evening for more than a week to call on the current government to step down for its handling of the crisis.

Protestors have also been gathering outside the home of Spanish ministers.

Likewise, left-wing groups have been coming out to protest against the demonstrators.

The largest protests have occurred in Madrid where gatherings are forbidden. However, protestors are taking advantage of their time slot to exercise outdoors to manifest their disapproval.

Starting Thursday, it will become obligatory by law for everyone in Spain to wear face masks when they are unable to guarantee 2 meters (6.5 feet) of personal space outside of their homes. Exceptions will be made for eating and drinking.