1 killed in conflict between pro-regime protesters, YPG forces in Syria 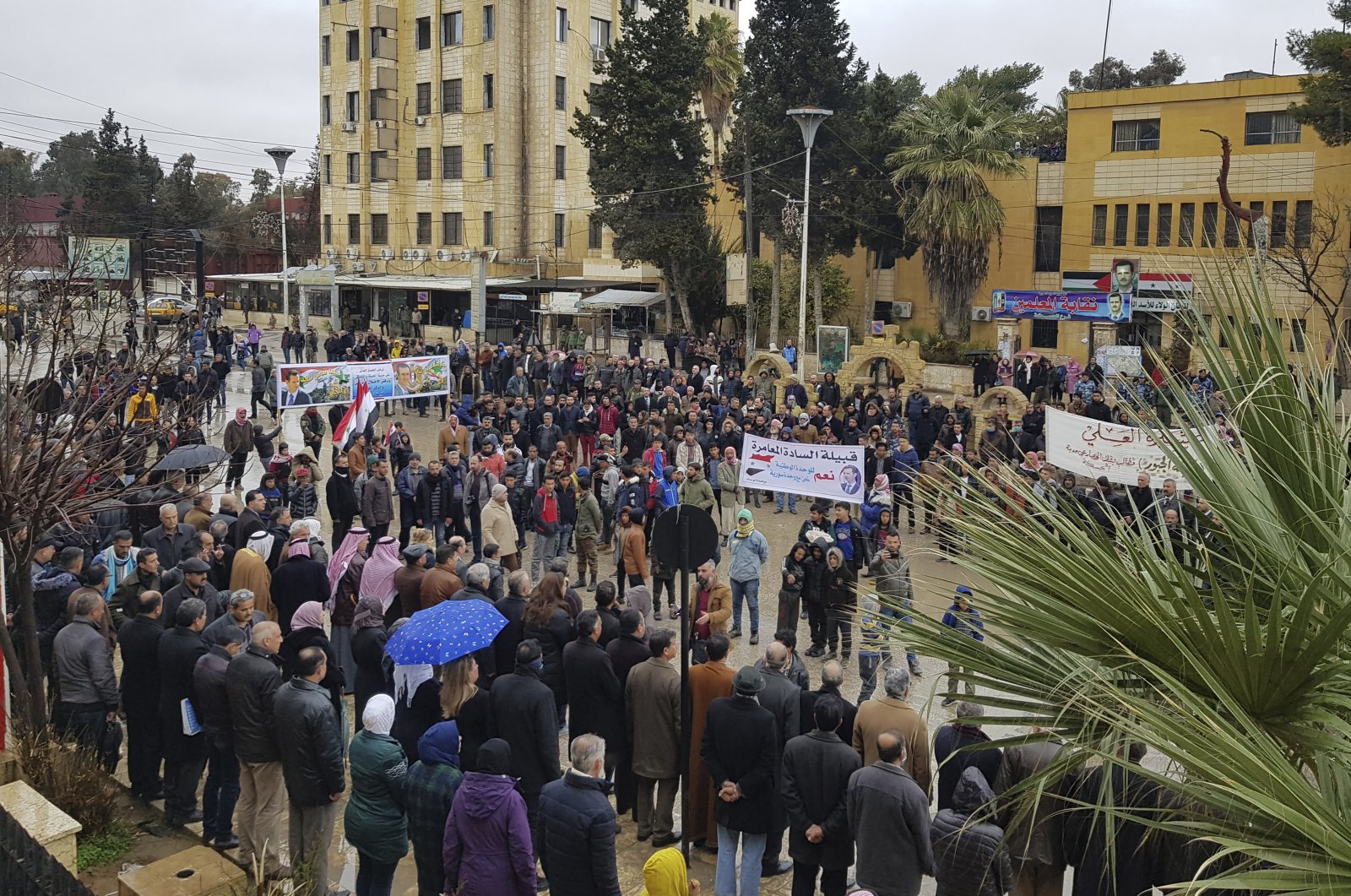 At least one Syrian regime security member was killed in the country's northeast on Sunday due to ongoing tensions between forces loyal to Bashar Assad and the PKK terrorist group's Syrian branch, the YPG.

YPG forces opened fire on pro-Assad protesters, killing one person and wounding several others, both a monitor and a pro-regime media source said, further escalating the strain.

The regime-run Syrian Arab News Agency (SANA) published images of dozens of men in civilian clothing protesting in Hassakeh against an alleged "siege" by YPG forces of a regime-held part of the city. YPG forces shot at the crowd, "killing one civilian and wounding four others," SANA said.

The Britain-based Syrian Observatory for Human Rights, which relies on sources inside Syria for its information, put the number of wounded at three.

YPG forces released a statement Sunday evening blaming tensions on Syrian regime officials saying it had a "legitimate right to self-defense" without specifically addressing the accusations. The force also accused a pro-regime militia of targeting its personnel in Hassakeh.

Regime supporters also organized a protest against the terrorist group in the town of Qamishli, the region with a Russian military base. They demanded the YPG to stop the blockade of places where regime forces are present. Calling to rein in the terrorist group, demonstrators entered an airport where a Russian air base is located.

Tensions began when the YPG was pressured to let regime forces control the town of Ain Issa in northern Syria. The terrorist group responded by detaining some members of Assad's militia in the Qamishli district on Dec. 28, 2020. The regime's forces in the district also rounded up some members of the group in retaliation.

The Observatory says regime forces have for weeks limited access to some areas under its control in the northern Aleppo province and imposed hefty fees for supplies going into those areas. SANA has accused the YPG of preventing fuel and flour deliveries into Hassakeh, and of surrounding a neighborhood in Qamishli.

Moscow has been trying to mediate between Damascus and the YPG in recent weeks, the Observatory says.

Those held were released after Russian mediation, easing the tensions for a while but mutual arrests continued, and the YPG blockaded the military regions known as "Security Square" in Qamishli on Jan. 8, and in Hassakeh on Jan. 16.

In the Syrian conflict, the YPG has been a key partner of the U.S. against the Daesh terrorist group, despite its NATO ally Turkey's legitimate security concerns.

When Turkey launched its cross-border Operation Peace Spring in late 2019, the YPG was forced to seek help from Damascus and its ally Russia to stem the attack, leading to the regime and Russian forces deploying to the area.

YPG forces still control a large part of the northeast of the war-torn country, but regime forces are also present there, including in the main regional cities of Hassakeh and Qamishli. Damascus and the YPG have mostly coexisted during nearly a decade of conflict.

In recent weeks, however, tensions have risen with each side accusing the other of imposing steep levies or restricting the movement of goods to areas under their respective control.