4 injured in airstrike on refugee camp in Syria's Idlib 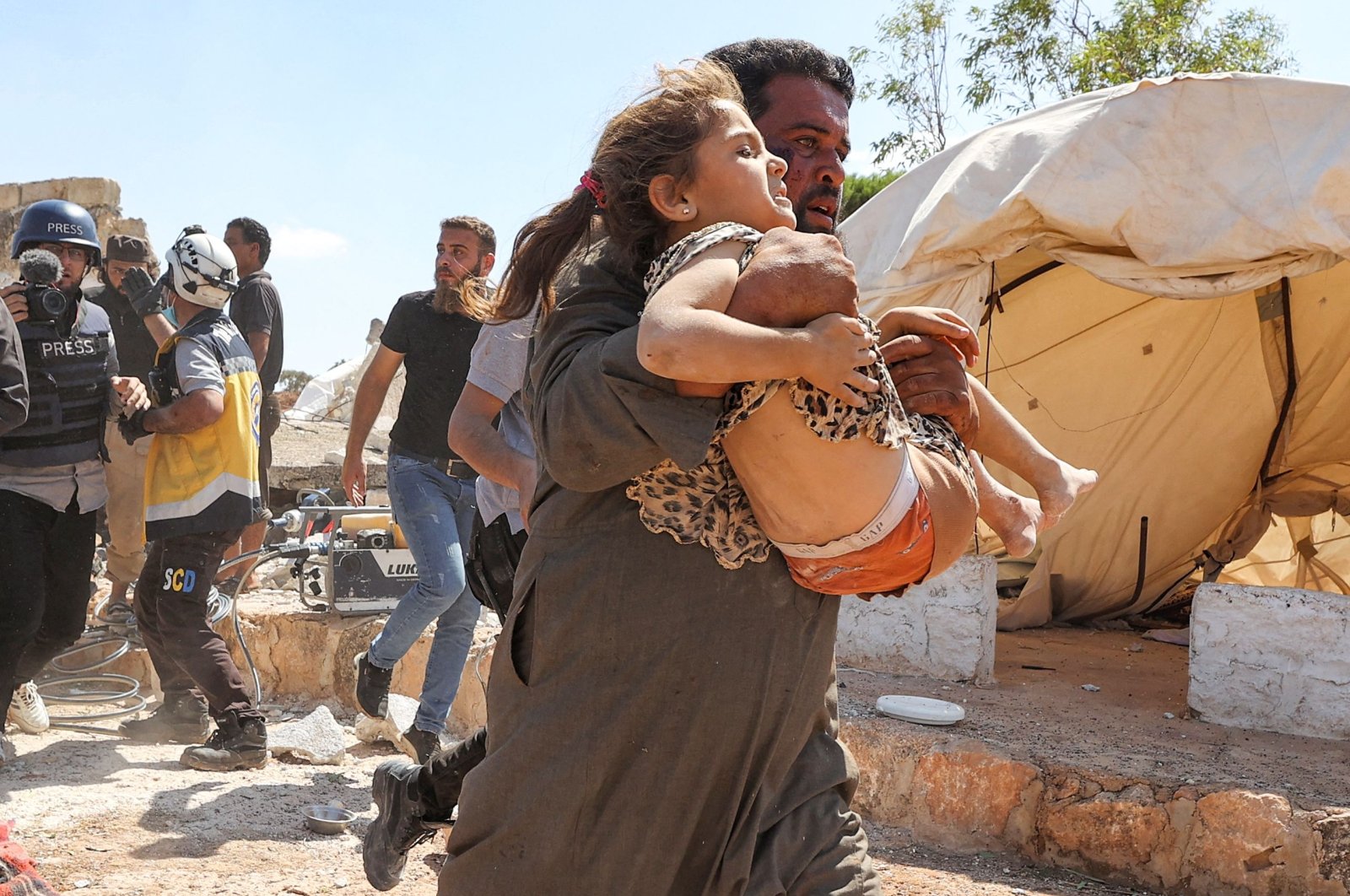 A man carries away a girl that was injured during aerial bombardment near a make-shift camp for displaced Syrians near the town of Kafraya in the north of Syria's Idlib province, Sept. 7, 2021. (AFP Photo)
by Anadolu Agency Sep 08, 2021 12:26 am

An airstrike targeted a refugee camp in Syria’s northwestern province of Idlib Tuesday, injuring three children and a woman, according to a source with the Syrian civil defense group, the White Helmets.

The source, who requested to remain anonymous out of fear of reprisal, told Anadolu Agency (AA) that the attack targeted the Mariam refugee camp in the town of Maarrat Misrin, north of Idlib.

The source said the injured were hospitalized and the severity of their injuries has not yet been determined.

The Syrian opposition’s observatory said a Russian warplane took off on Tuesday from Khmeimim Airbase in Latakia province and struck the camp.

The latest attacks are in breach of a truce reached in May 2017 between Turkey, Russia and Iran when the trio agreed to establish a de-escalation zone in Idlib, as determined in the Astana meetings on the Syrian crisis.

The Syrian regime forces and their supporters, however, continue with their attacks, in violation of a cease-fire agreement signed in March 2020.