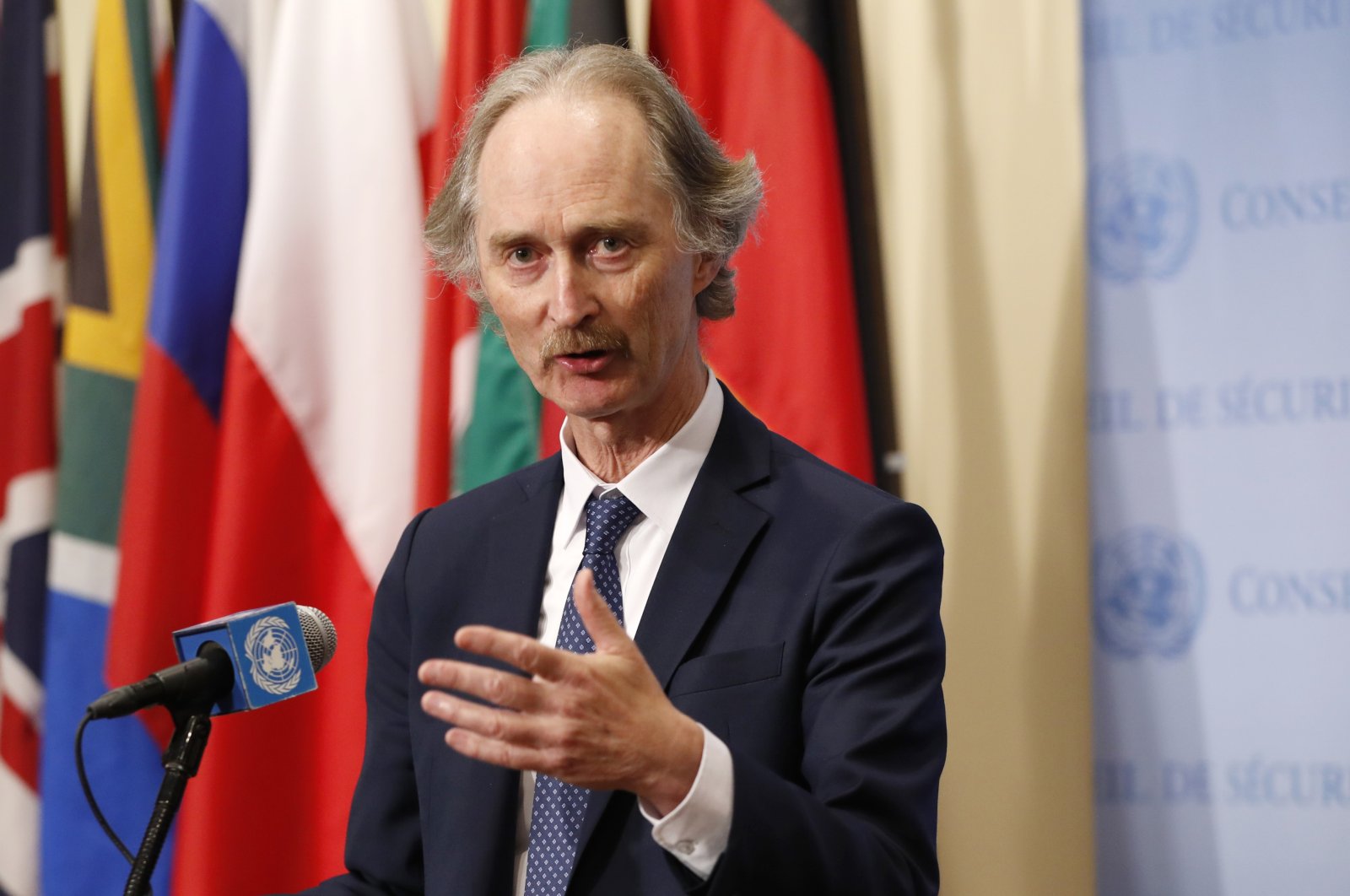 The fifth round of Syria Constitutional Committee talks, which are set to start on Monday under U.N.'s Syria envoy Geir Pedersen, are aimed at launching the transition process to prepare a draft constitution.

The talks in Geneva are expected to last until Friday, with setting the basic principles of the constitution being the focus of the agenda.

Pedersen on Wednesday told the U.N. Security Council (UNSC) he views the meeting, bringing together delegations from the Syrian regime, its opposition and civil society, as very important. He added that many topics have been discussed over the course of more than a year and the Constitutional Committee must ensure that the "meetings are better organized and more focused."

“I believe that we need to ensure that the committee begins to move from 'preparing' a constitutional reform to 'drafting' one, as it is mandated to do,” he said.

Pedersen said the committee can start thinking about specific constitutional issues and draft provisions accordingly, adding that future meetings on specific topics should be scheduled and that "there needs to be more urgency in the process."

“I believe that these are reasonable goals, but I cannot assure the council that they will be met this time,” he said, appealing to the committee to be prepared to move onto the next phase of work in the upcoming session from Jan. 25-29.

“We are more hopeful regarding these discussions,” Turkey's Foreign Minister Mevlüt Çavuşoğlu also said on the issue, “For the first time, the constitutional committee will discuss the content of the Syrian constitution.”

Speaking to the Anadolu Agency (AA), Bahra said Saturday that they aim to start the process of writing the constitution based on principles on which consensus is reached.

The United States and several Western allies have accused Syrian regime head Bashar Assad of deliberately delaying the drafting of a new constitution to waste time until presidential elections this year and avoid U.N.-supervised voting as called for by the UNSC.