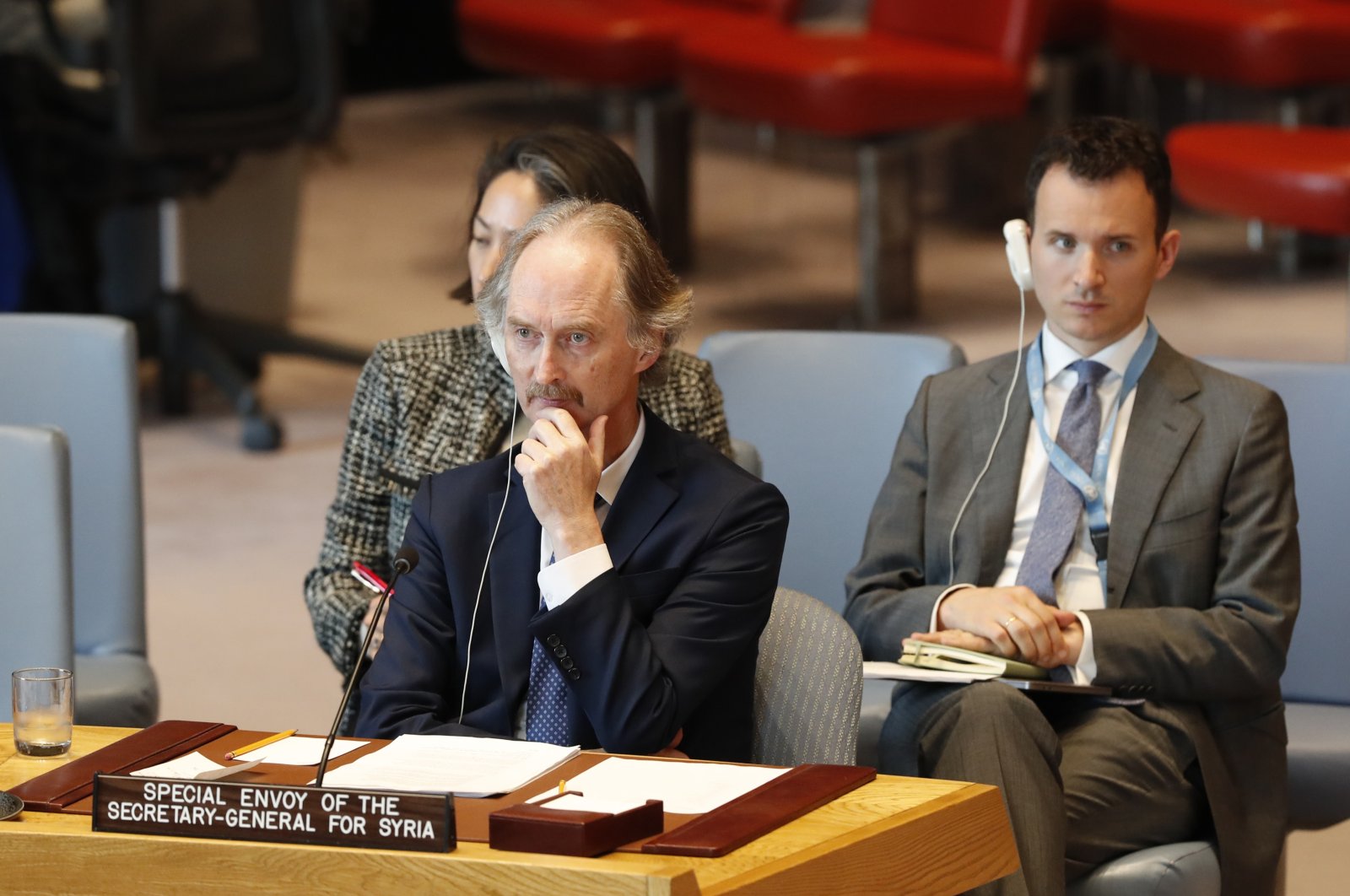 Syria's rival sides are expected to meet next week to revise the country's constitution, according to the U.N.'s Syria envoy, who urged all actors to take concrete action regarding the matter

A new round of discussions for revising Syria’s constitution will start in Geneva on Jan. 25, the United Nation’s special envoy for the country said Wednesday, as he urged all parties to take steps to start writing the draft.

Geir Pedersen told the U.N. Security Council he views the meeting of delegations from Syria’s government, opposition and civil society as very important. He said many subjects have been discussed for more than a year and it’s now time for the Constitutional Committee to ensure that “the meetings are better organized and more focused.”

“I believe that we need to ensure that the committee begins to move from `preparing’ a constitutional reform to `drafting’ one, as it is mandated to do,” he said.

Pedersen said the committee can start considering specific constitutional issues and draft provisions and agree on future meetings on specific topics. “And there needs to be more urgency in the process,” he said.

“I believe that these are reasonable goals, but I cannot assure the council that they will be met this time,” he said, appealing to the committee to be ready to move to a new phase of work in this next session on Jan. 25-29.

The United States and several Western allies have accused Syrian regime head Bashar Assad of deliberately delaying the drafting of a new constitution to waste time until presidential elections this year and avoid U.N.-supervised voting as called for by the Security Council.

A council resolution adopted in December 2015 unanimously endorsed a road map to peace in Syria that was approved in Geneva on June 30, 2012, by representatives of the United Nations, the Arab League, the European Union, Turkey and all five permanent Security Council members – the U.S., Russia, China, France and Britain.

Pedersen, who has been overseeing the talks, told the Security Council that under the U.N. resolution it is clear that the political process “must be Syrian-owned and led, but the conflict is highly internationalized, with five foreign armies active in Syria.”

The world cannot “pretend that the solutions are only in the hands of the Syrians, or that the U.N. can do it alone,” he said.

Pedersen urged “a more serious and cooperative international diplomacy” saying despite their differences key countries are committed to the U.N. resolution.

After a decade of conflict, he said peace is also more urgent, pointing to the suffering of millions of Syrians inside and outside the country “grappling with deep trauma, grinding poverty, personal insecurity and lack of hope for the future.”

U.N. humanitarian chief Mark Lowcock warned the council that Syrians are starting 2021 with a currency that has drastically declined, food prices at historic highs – partly because subsidies for key commodities including bread have been cut off – and indications the country may be facing an increase in COVID-19 infections, fuel shortages and power cuts.

“Perhaps the most worrying is a growing reliance on child labor,” Lowcock said. “One family in 10 say they have to rely on their children to contribute to the family income.”

Many pundits believe that the virus has been more widespread than anticipated since the beginning of the pandemic due to Syria's low testing capacity and a lack of transparency.

In regime-held areas, prices go up several times a day, forcing many shops to close, unable to keep up with the chaos.