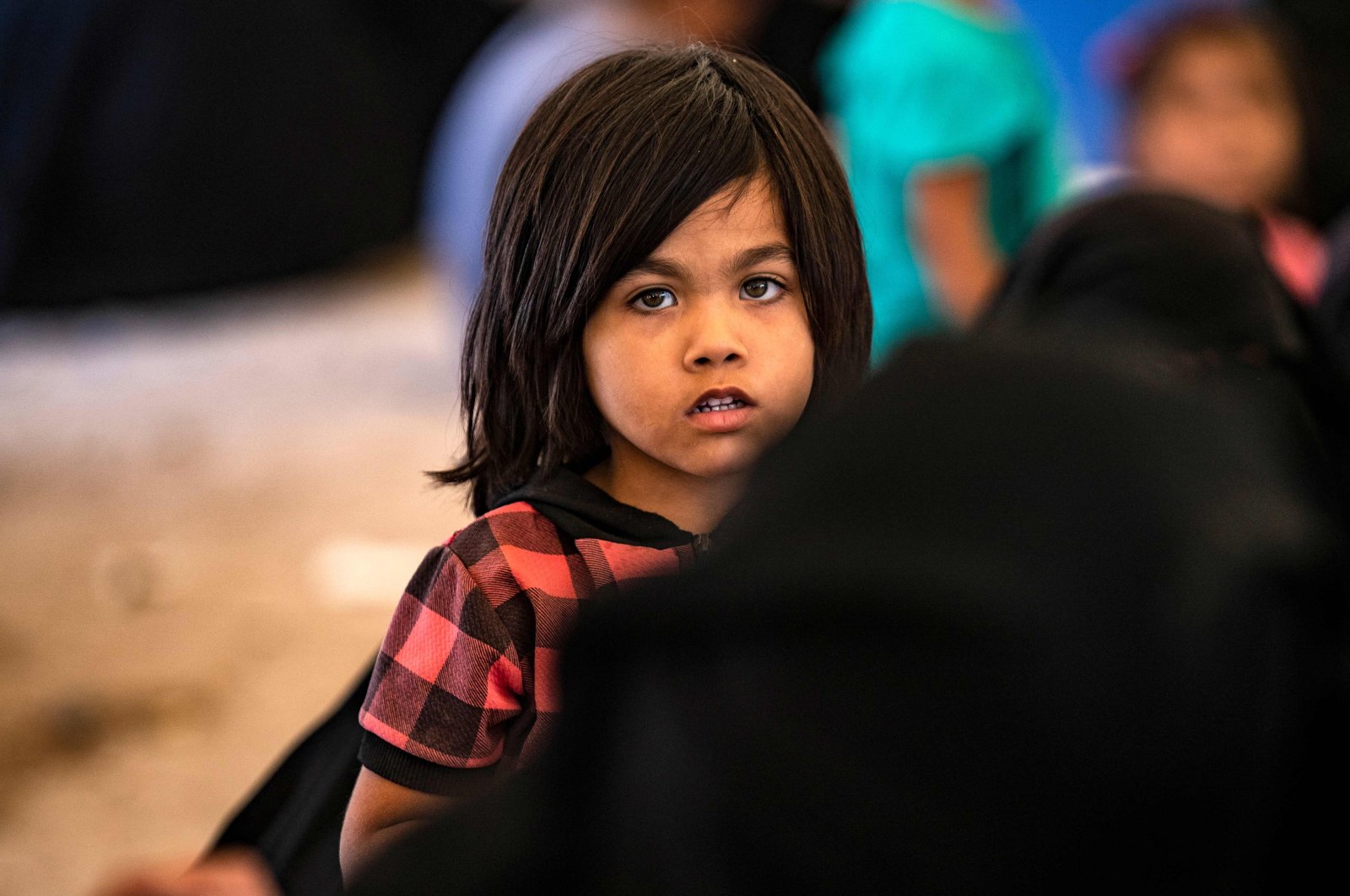 A Syrian child waits with family members inside the al-Hol camp, which holds relatives of suspected Daesh fighters in the northeastern Hasakeh governorate, Syria, July 15, 2021. (AFP Photo)
by DAILY SABAH WITH AGENCIES
Aug 01, 2021 11:54 am

Albania on Sunday repatriated from al-Hol camp five women and 14 children who are family members of its citizens that joined the Daesh terror group in Syria.

“It is a very positive event, I believe, and, of course, we shall not stop here,” said Rama at a news conference at Tirana international airport.

“The good news is the 14 children and five women (have been taken out) from the hell camp,” said Rama. “I am here to take the children and women and return them to our homeland tomorrow.”

But repeated calls for Western countries to repatriate their nationals have largely fallen on deaf ears, with just a handful of children and even fewer women being brought home.

The 19 women and children will be taken to a shelter in the western port city of Durres where police and social experts will “make all the necessary medical and psychological examinations, to be followed by a quarantine period,” after which some may be allowed to rejoin their families.

He did not say whether the women would be prosecuted.

This is the third effort at repatriating Albanians from the fighting territories in Syria.

In October last year, five Albanians were repatriated, while a child returned to the country a year earlier.

A few hundred Albanian men joined Daesh and other groups fighting in Syria and Iraq in the early 2010s. Many were killed, and their wives and children are stuck in Syrian camps.

About 30 other children and women are believed to be in Syrian camps, but Rama said that number is unclear, adding that two women had refused to get in contact for repatriation, fearing their lives.

About two-thirds of Albania’s 2.85 million people are Muslims.