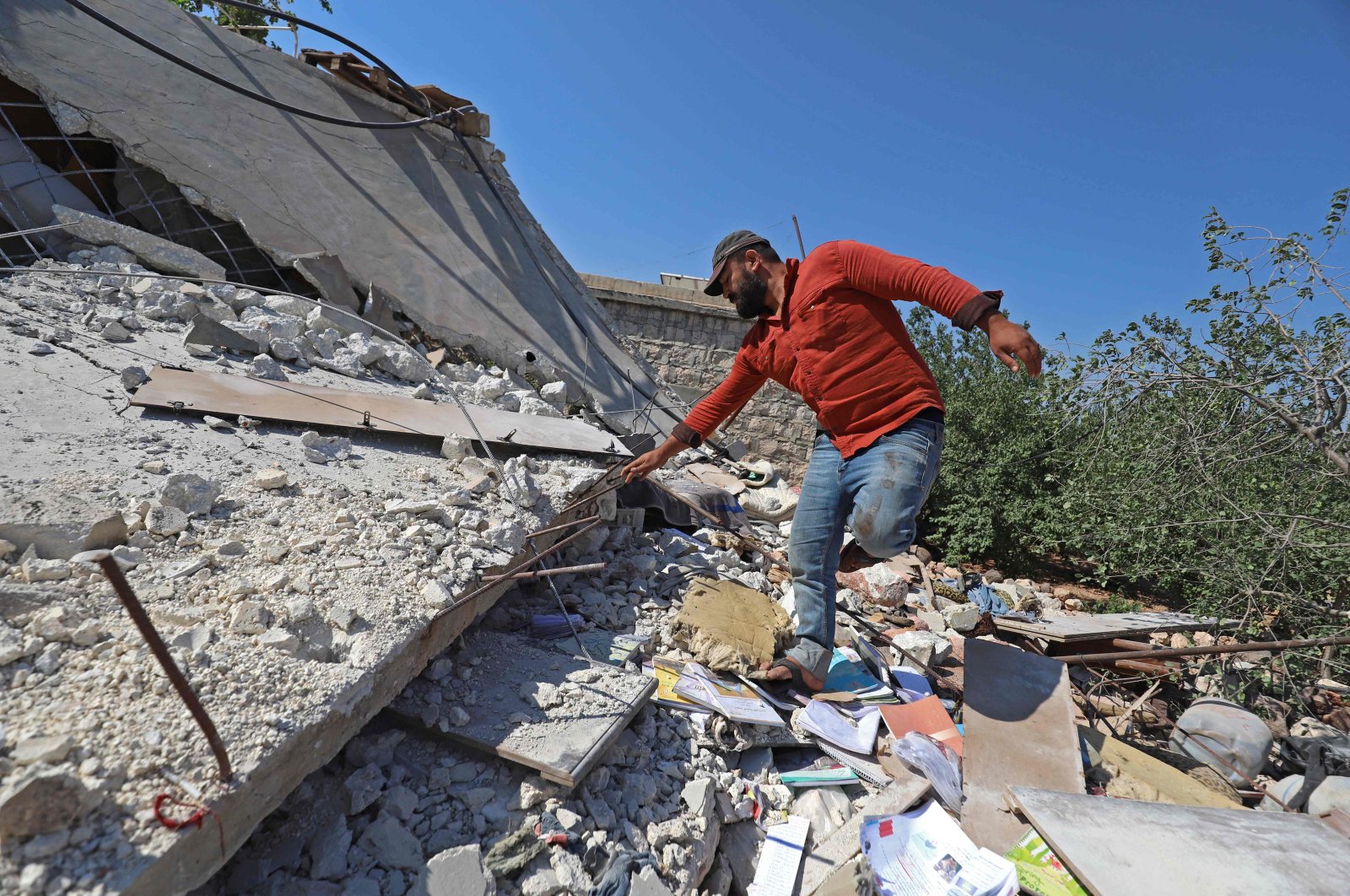 A Syrian man walks atop the ruins of a house, destroyed in a reported regime artillery shelling, in the village of Iblin in the Jabal al-Zawiya region of the opposition-held northwestern Idlib province, Syria, on July 22, 2021. (AFP Photo)
by DAILY SABAH Jul 23, 2021 9:11 am

The Bashar Assad regime shelled the northwestern Idlib region Thursday killing seven civilians, four of them children, in its third deadly bombardment of the opposition bastion in a week.

According to the Syria Civil Defense, or White Helmets, the regime and supporting terror groups conducted an attack on the Iblin village, south of Idlib, with ground-to-ground weapons.

The army has stepped up its bombing of the northwestern enclave since Saturday when Assad took the oath of office for a new term vowing to make "liberating those parts of the homeland that still need to be" one of his top priorities.