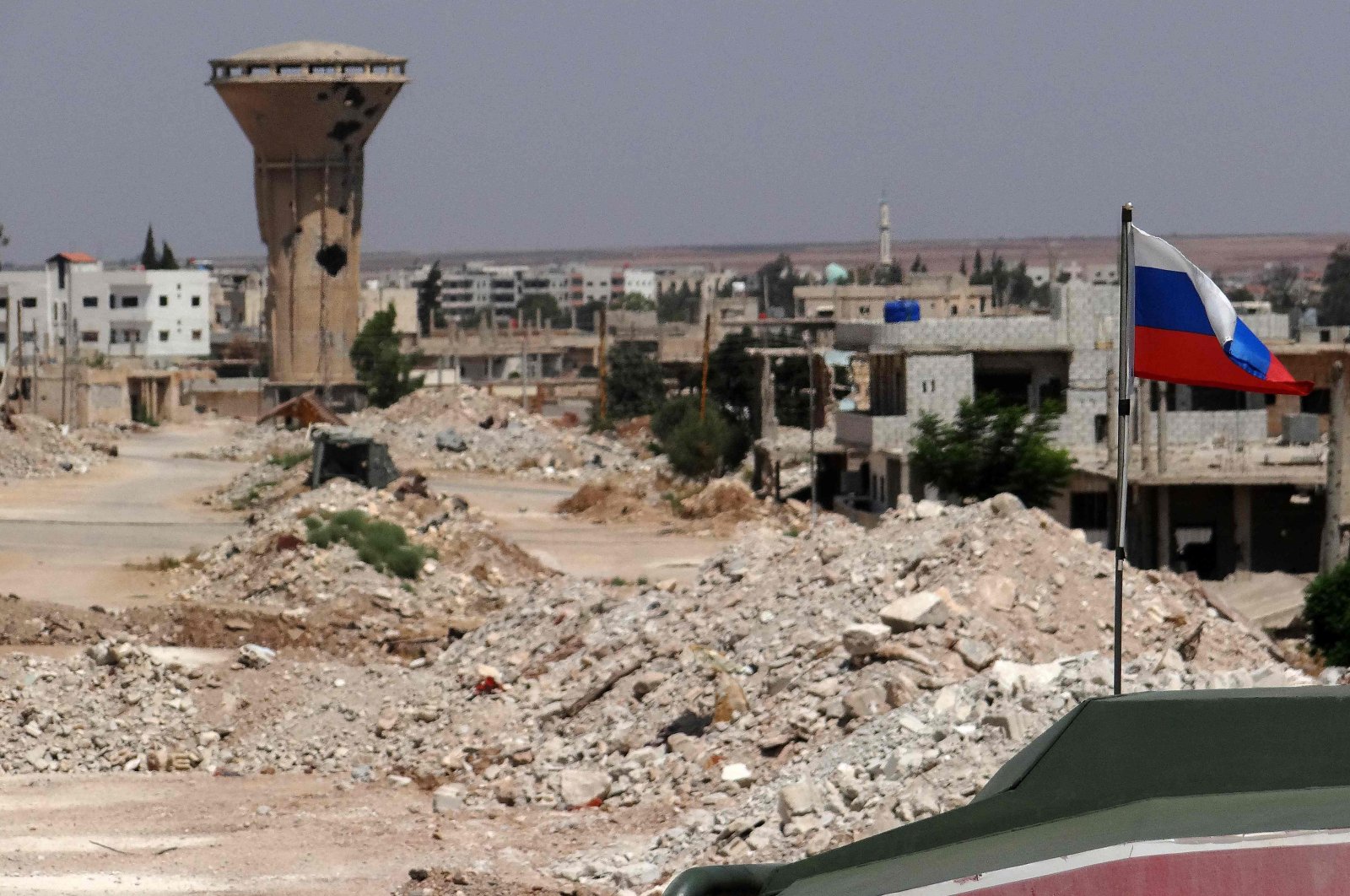 The Iranian-backed 4th Division militia group targeted the neighborhood with intense attacks for the first time in four days, said Eymen Ebu Nokta, spokesperson for the Horan Freedoms Community, a group founded by activists and journalists from Daraa.

Since July 29, the Assad regime and Iranian-backed militias have been conducting ground operations in the neighborhood, triggering clashes that have spread across the countryside.

Daraa al-Balad was blockaded by regime forces on June 25 after residents, including former members of the Syrian opposition, resisted an order to surrender light weapons and allow regime forces to search houses in the area.

The Horan Freedoms Community said that during recent Russian-led mediation talks with the opposition, regime forces demanded that residents and armed opposition groups surrender all light weapons and allow home searches and the setting up of nine checkpoints in the neighborhood.

The demands, however, were rejected by the Daraa-based Reconciliation Center, which was negotiating on behalf of the residents, prompting the regime to conduct fresh attacks on the besieged city.

Daraa, known as the birthplace of the Syrian revolution, is home to 40,000 residents and was an opposition stronghold until 2018.

Syria has been ravaged by civil war since early 2011 when the Assad regime cracked down on pro-democracy protesters.

In another incident, a child was killed and two civilians were injured following airstrikes by Russian warplanes in Syria's northwestern Idlib province, according to Syria Civil Defense on Friday.

Firas Khalifa, the media officer of Syria Civil Defense, or White Helmets, told Anadolu Agency (AA) that the aerial bombardment killed a child and injured two civilians in the village of Kansafra.

He added that many small cattle also perished in the attack as the area was an animal shelter.

In a statement on its social media account, the opposition's plane observatory group said the Russian warplane "took off at 10:02 a.m. (7:02 a.m. GMT) from the Khmeimim Base in Latakia province, (and) carried out an airstrike on Idlib's southern village of Kansafra at 10:24 a.m."

Assad regime forces also rained artillery on the villages of Fattire, Binin and Shinan in the Jabal Zawiya region.

There have been no reports of casualties so far.

The latest attacks are in breach of a truce reached in May 2017 between Turkey, Russia and Iran when the trio agreed to establish a de-escalation zone in Idlib, as part of the Astana meetings on the Syrian crisis.

The Syrian regime forces and their supporters, however, continue sporadic attacks, in violation of a cease-fire agreement signed in March 2020.