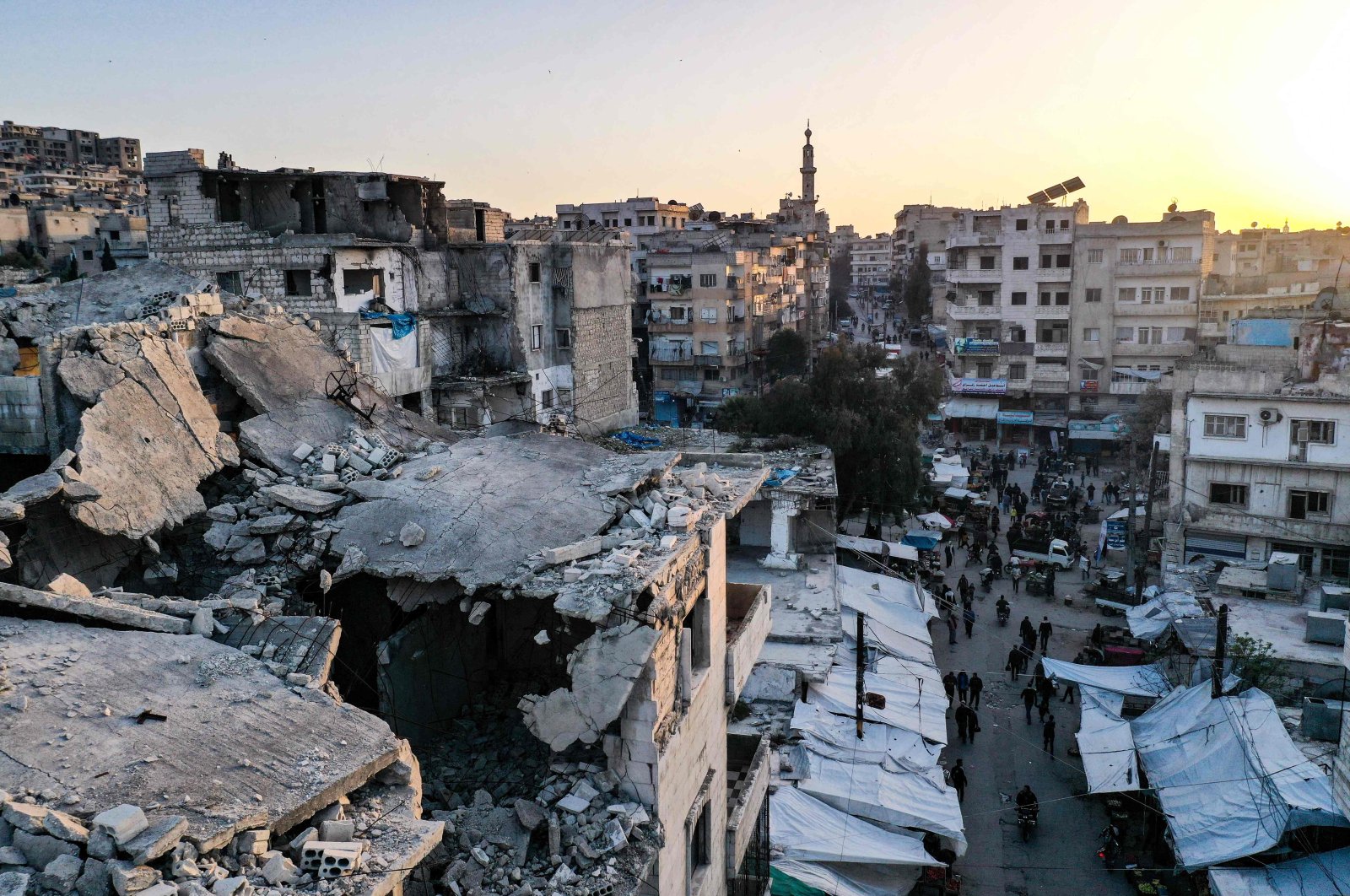 This aerial view shows Syrians buying food products at a market ahead of iftar, the evening meal that ends the daily fast at sunset, on the second day of the Islamic holy month of Ramadan, in the war-ravaged city of Ariha, located near the strategic M4 highway, in the southern countryside of the Idlib province, on April 15, 2021. (Photo by Omar Haj Kadour via AFP)
by DAILY SABAH WITH AA Apr 16, 2021 1:15 pm
RECOMMENDED

Documenting the violations of civilians in Syria, SNHR published its report on barrel bomb attacks organized by the Assad regime between July 2012 and April 2021.

According to the information, regime forces used barrel bombs 81,916 times in indiscriminate attacks in which 11,087 civilians, including 1,821 children and 1,780 women, were killed.

Since 2012, the regime has attacked civilians with 93 chemical weapons containing poisonous gas, as well as the barrel bombs dropped by helicopters.

It was emphasized that the Assad regime used barrel bombs as a weapon to displace civilians, and it was stated that millions of civilians were displaced as a result of the attacks of the regime and its supporters.

The report also shared a list of individuals who are responsible from these attacks. The list was headed by Bashar Assad himself and included the Syrian Defense Minister Ali Abdullah Eyyüb and several others, most of whom are intelligence officials.

The regime prefers barrel bombs because of the low cost (around $50) and the massive destruction effect.

The regime, which mostly targets civilian areas with these bombs, aims for the highest loss of life and the greatest amount of destruction.

Depending on the amount of explosives filled into the bombs, they can cause destruction in an area of ​​50-200 meters. Barrel bombs, which are defined as "free fall" in military terminology, force civilians to flee because of the damage they cause to settlements.