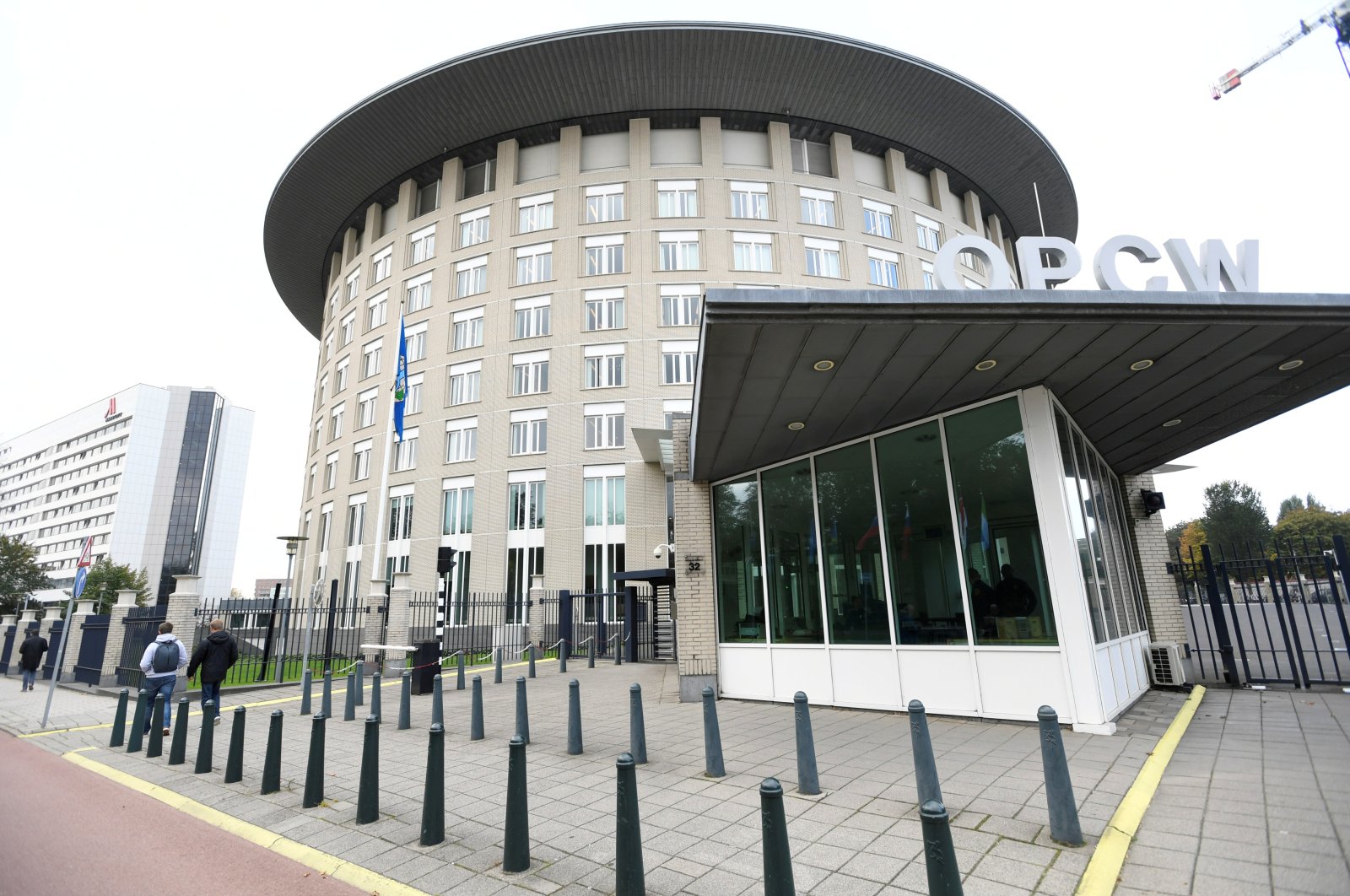 The headquarters of the Organization for the Prohibition of Chemical Weapons (OPCW) is pictured in The Hague, Netherlands, Oct. 4, 2018. (Reuters Photo)
by French Press Agency - AFP Apr 14, 2021 8:30 pm
RECOMMENDED

Assad regime on Wednesday vehemently rejected a report by the Organisation for the Prohibition of Chemical Weapons (OPCW) that found it had used chemical weapons on a rebel-held town in 2018, dismissing the charge as "fabricated."

The OPCW said Monday that an investigation found the Syrian air force used the chemical weapon chlorine on Saraqib on Feb. 4, 2018.

In a statement carried by state news agency SANA, the regime's foreign ministry condemned the report "in the strongest terms."

It said Damascus "categorically denies its use of poison gas in the town of Saraqib or any other Syrian town or village."

The report by "the so-called 'identification and investigation team' on the alleged incident in Saraqib... contains unfounded and fabricated conclusions," it said.

Assad regime has always denied any involvement in chemical attacks, saying it has handed over all such weapons stockpiles to international supervision under a 2013 agreement.

Damascus and its allies have hit back that chemical attacks had been "staged" in Syria in order to incriminate the regime, a scenario ruled out by investigators in Monday's report.

However, it added that it "regrets" the Syrian regime refused to grant access to the site, 50 kilometers (30 miles) south of Aleppo, despite repeated requests.