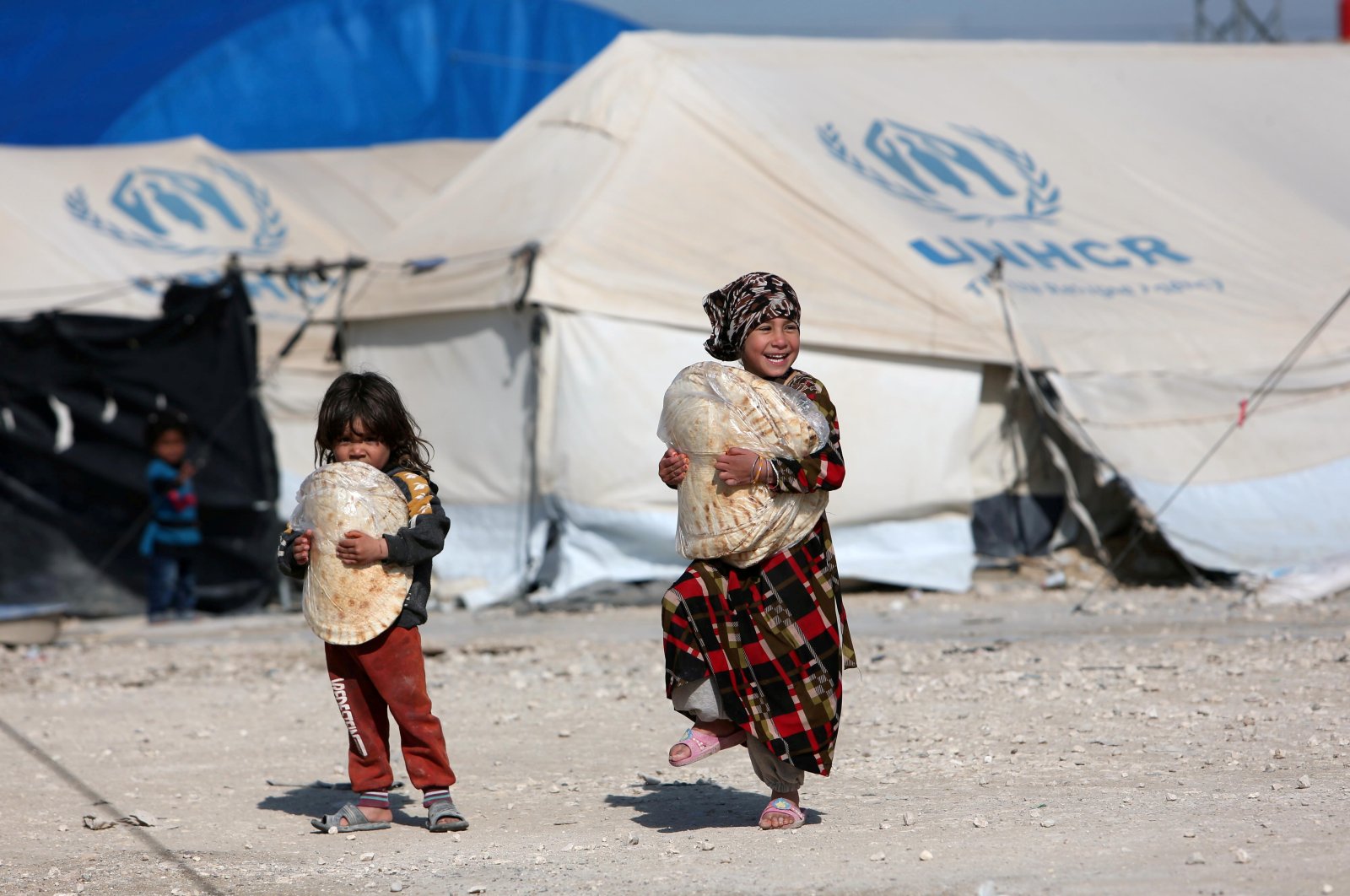 Hundreds of children in northeastern Syria are being held in prisons, constituting one of the most complex child protection crises, Fabrizio Carboni, the International Committee of the Red Cross’ (ICRC) regional director for the Near and Middle East said Wednesday.

"The past decade has been one of savage loss for Syrians. And within this immense tragedy, one of the most complex child protection crises today is deepening in the northeast," Carboni said in a statement.

Tens of thousands of children are stranded in camps and hundreds of children – mostly boys, some as young as 12 – are detained in adult prisons in the region, Carboni said.

He noted that he has visited many conflict zones around the world as part of his mission in ICRC, and said visiting the camp in the al-Hol town has been a "particularly harrowing experience every time" for him.

The al-Hol town is also under the control of the YPG/PKK terrorist group.

Al-Hol houses around 60,000 people from more than 60 countries, the majority of them are from Iraq and Syria, and 90% of them are women and children.

Conditions in the camp are harsh and dangerous for both children and adults, Carboni said.

"Boys, in particular, live in a state of constant fear and mistrust. Once they reach a certain age, many are separated from their families and transferred to adult places of detention, which are no place for children," he added.

Another threat to the children looms as the Bab al-Hawa border gate, the last border crossing enabling the transfer of humanitarian aid to northwestern and northeastern Syria, risks being shut on July 10 if Russia vetoes a U.N. resolution.

It says some 1,000 trucks have passed through the crossing every month over the past year, carrying vital COVID-19 vaccines, hospital equipment and medicine for diabetes, tuberculosis and leishmaniasis.

The Security Council approved four border crossings when deliveries began in 2014, three years after the start of the Syrian conflict. But in January 2020, Russia used its veto threat in the council to limit aid deliveries to two border crossings, and in July 2020, its veto threat cut another. So today, aid can only be delivered through the Bab al-Hawa crossing from Turkey to Syria’s opposition-held northwest.