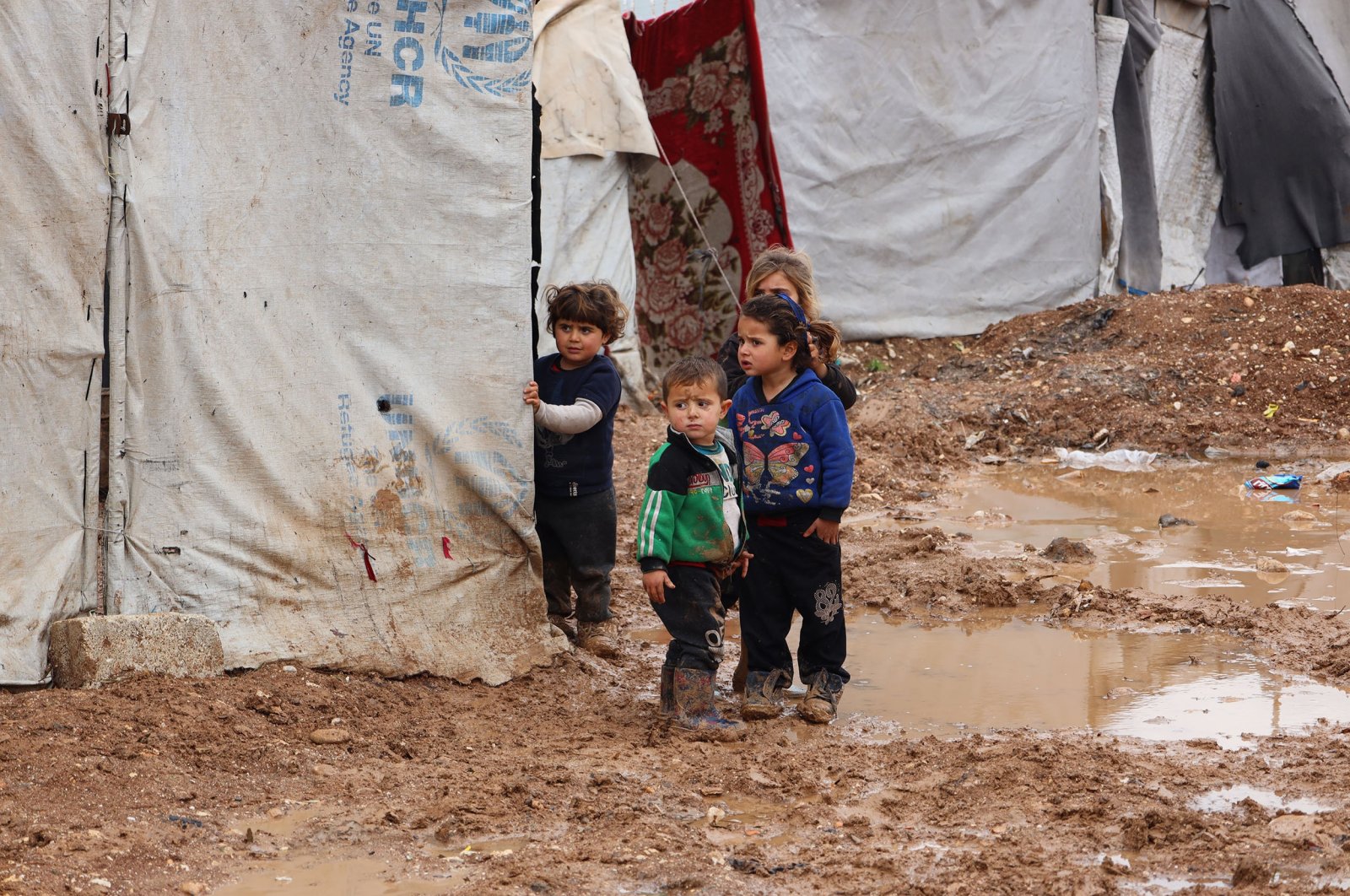 If Russia vetoes the reauthorization of the remaining United Nations aid corridor from Turkey to northwest Syria it will “unleash a humanitarian calamity,” Human Rights Watch (HRW) stated Friday, urging the body to open full cross-border operations and further border gates as the current resolution set to expire on July 10.

Russia has advocated ending all cross-border aid to Syria, arguing it undermines Syria’s sovereignty despite several reports that the Bashar Assad regime hinders humanitarian aid to areas not under its control.

The HRW reiterated that fact and underlined that under the laws of war, it has an “obligation to allow and facilitate the rapid and unimpeded passage of humanitarian aid for civilians in need and may not withhold consent for relief operations on arbitrary grounds.”

All other parties to the conflict, including Russia, and other relevant countries, must also allow and facilitate such aid, it added.

The HRW said that even if Damascus agrees to let aid reach the region, the regime “is known to regularly impose severe restrictions on aid and humanitarian access to opposition-held areas in northeast Syria.” It also said that the regime is known to favor pro-regime areas under its control.

“Shutting down the only remaining U.N. lifeline into northwest Syria would cut off millions of people from aid and unleash a humanitarian calamity,” said Gerry Simpson, associate crisis and conflict director at Human Rights Watch. “The people of northwest Syria, and millions of others in the northeast, should receive help, including COVID-19 vaccines and other crucial health care supplies, through all possible routes.”

The rights group urged the U.N. Security Council to reauthorize cross-border operations into northern Syria and grant explicit permission for cross-border aid delivery to those regions through Bab al-Hawa, Bab al-Salam and the Yarubiyah border crossings for one year.

“It is shocking that the idea of abandoning millions of aid-dependent Syrians is even on the U.N. Security Council’s table,” Simpson said. “All of its members, including Russia, should focus on saving lives, not sacrificing them for political gain.”

The HRW reiterated its warning that millions of Syrians risk losing access to life-saving aid, including food and COVID-19 vaccines.

The warning came as activists and rescuers said the Syrian regime's shelling of several northwestern villages killed at least 11 people and sent hundreds fleeing on Thursday.

The northwest is home to nearly 4 million people, most of them displaced and living in shelters dependent on U.N. aid.

Displaced people in opposition-controlled northwest Syria on Tuesday rallied against efforts by the Assad regime and its allies to close the remaining single border crossing from Turkey used to deliver vital humanitarian aid.

Syria's civil war has left the country divided, much of its pre-war population displaced and its infrastructure in ruins. Nearly half a million people have been killed while tens of thousands have disappeared.

A severe economic crisis has compounded the country's woes, with the majority of Syrians now living in poverty.

According to the World Food Programme, 60% of the population is now food insecure.

Last year, under the threat of a Russian veto, the Security Council officially closed three border crossings into Syria – from Iraq, Jordan and Turkey. That shutdown left over 1 million people in northeast Syria – another area outside regime control where aid used to cross from Iraq – in extreme need, according to the U.N. It forced 19 out of 50 U.N.-supported health centers to shut while authorities struggled to meet essential needs to fight the pandemic.

Thursday's shelling hit the village of Ablin in Idlib where the opposition still holds territory. Rescue workers, known as White Helmets who operate in opposition-held areas, said a mother and her child and at least nine other civilians were among those killed. At least 10 shells landed in Ablin, they said.

“Civilians are now leaving several areas in southern Idlib,” the White Helmets tweeted on Thursday saying that the displacement of Syrians was caused by Russian and regime shelling.

Turkey and Russia, who support rival parties in Syria’s 10-year conflict, reached a cease-fire deal in March 2020 that stopped a Russian-backed regime offensive on Idlib. But military operations have not totally ceased, with limited violence breaking out occasionally as regime forces try to make piecemeal advances in the enclave.

Mohammed Halaj, an aid worker who coordinates between local groups and the U.N. emergency responses, said at least 110 families – over 600 people – have fled the shelling.

The rights group stated that Russia should use its influence on the regime to pressure authorities to allow U.N. and non-U.N. aid agencies unimpeded humanitarian access to all areas in Syria, including areas that are not under the Syrian regime control.

Regarding the regime, the HRW said it should “ease restrictions that create undue bureaucratic delays around medical supplies and other aid reaching northeast Syria and allow aid groups to conduct independent needs and rights assessments and assist people on the basis of need, without any political constraints.”