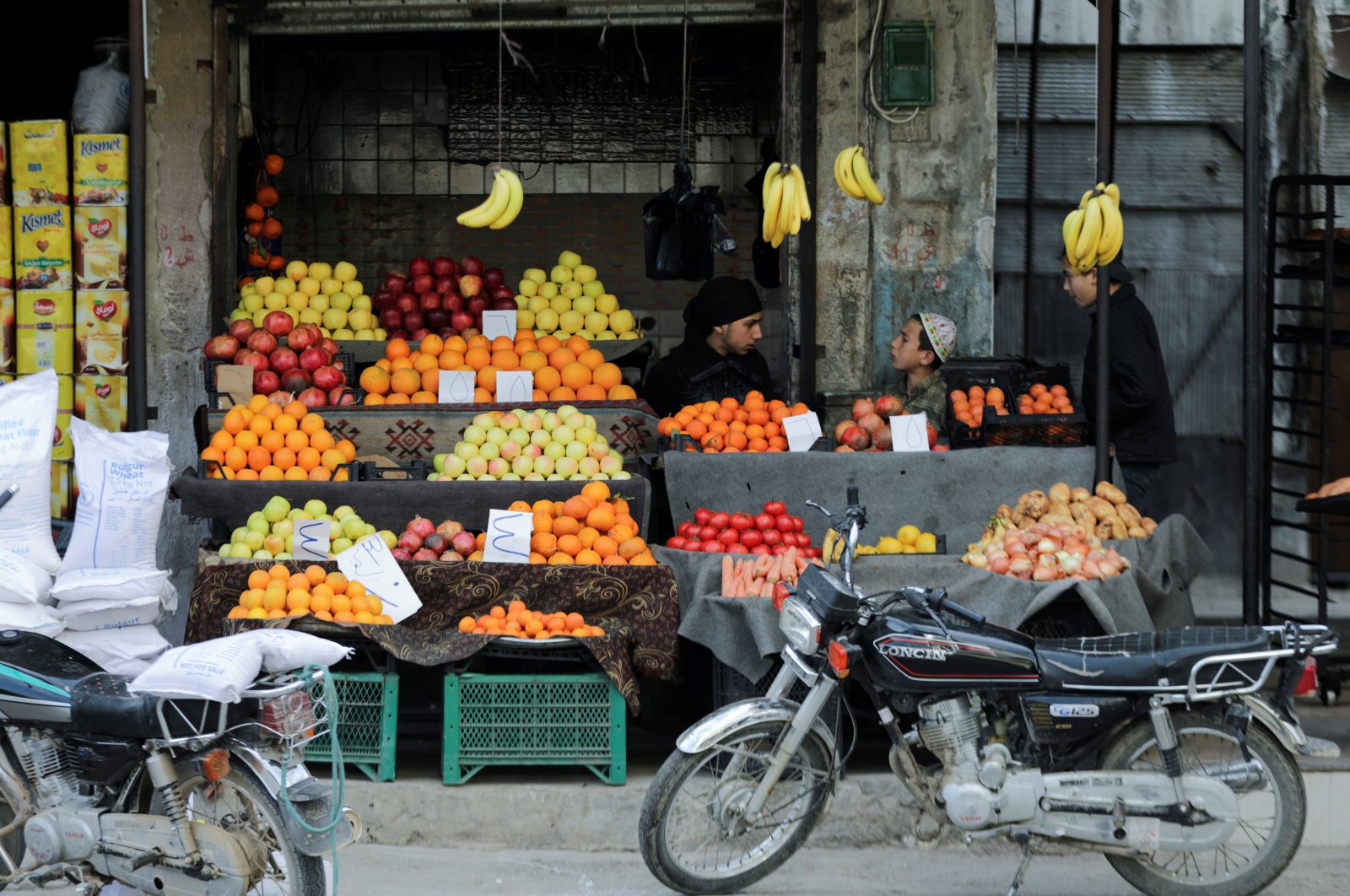 Fruits and vegetables are displayed for sale at a market in the opposition-held city of Idlib, Syria, Dec. 5, 2021. (Reuters Photo)
by Daily Sabah with AFP Dec 15, 2021 1:54 pm
RECOMMENDED

United Nations Secretary-General Antonio Guterres on Tuesday underlined the need for continued humanitarian assistance in war-torn Syria as U.N. authorization allowing aid into opposition-held areas without approval from Damascus is set to expire.

A rare moment of cooperation between the United States and Russia in July allowed for a six-month extension of activity at Bab al-Hawa, the only border crossing through which aid reaches the rebel stronghold of Idlib province. That authorization is due to expire on Jan. 10.

"Cross-border assistance remains lifesaving for millions of people in need in north-west Syria," Antonio Guterres said in a confidential document obtained by Agence France-Presse (AFP), and added that over 4 million people were in need of crucial assistance across the country.

The U.S. and several European nations believe the U.N. authorization for the crossing between Syria and Turkey should renew automatically for an additional six months, without the need for a new vote.

But Russia, a key ally to the Damascus regime, has previously opposed the move, invoking Syrian sovereignty.

Moscow has linked any potential extension to Tuesday's report, as well as a possible new vote.

The cross-border mechanism has been operating since 2020 through Bab al-Hawa, after the Russian-imposed removal in 2019 of three other access points in Syria.

In Tuesday's document, the U.N. chief refers to another project for humanitarian operations, this time across the front lines, to reach Idlib.

"If implemented, this plan will make operations across the front lines more predictable and effective," Guterres noted.

However, he insisted upon the importance of the Bab al-Hawa crossing.

"At this point such cross-line convoys, even if deployed regularly, could not replicate the size and scope of the cross-border operation," he said.

Guterres said some 4.5 million people in Syria need help this winter, up 12% from the previous year, because of the economic crisis and the global pandemic.

Only 2.9% of the Syrian population is fully vaccinated, according to the report.

In June, the U.N. said around 2.4 million people in Idlib were in need of humanitarian aid.