Disaster ahead if aid crossing to Syria is shut: UN official 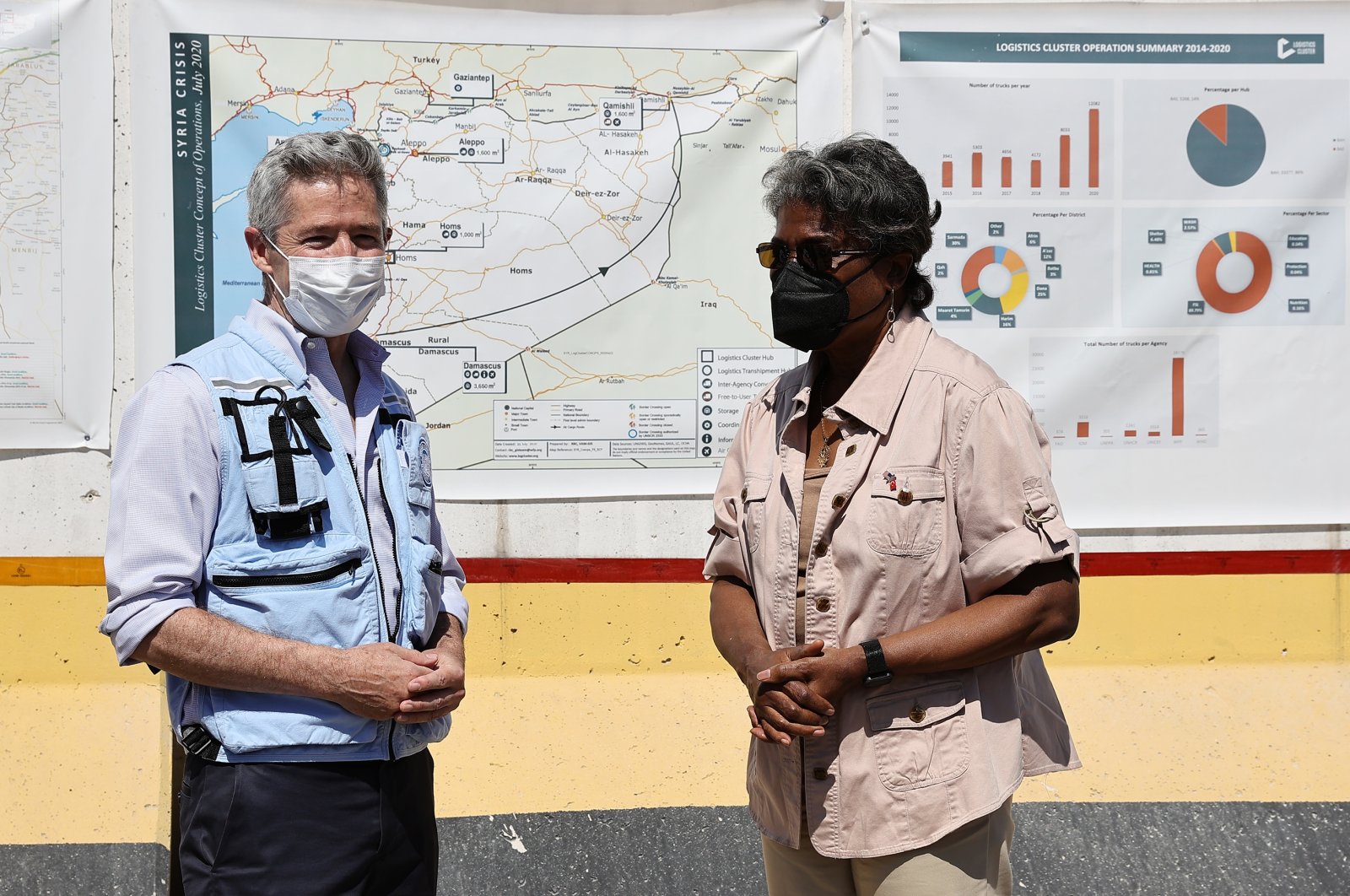 It will be a disaster if the United Nations Security Council resolution to extend cross-border humanitarian operations next month is not approved, Mark Cutts, U.N. deputy regional humanitarian coordinator for the Syria crisis stated on Thursday.

Some 3 million people, many of them displaced by fighting elsewhere in Syria during the decadelong conflict, have sought shelter near the border with Turkey, outside the control of Bashar Assad's regime.

Access for cross-border aid from Turkey was reduced last year to just one crossing point after opposition from Russia and China – permanent Security Council members – to renewing other crossings. A new showdown is likely next month when the operation's mandate must be renewed.

"It's going to be a disaster if the Security Council resolution is not extended. We know that people are really going to suffer," Cutts underlined.

"Our expectation from the council is that they put the needs of the civilians first," Cutts told Reuters at an aid supply center in the Turkish border town of Reyhanlı. "In northwest Syria you have some of the most vulnerable people anywhere in the world."

Currently around 1,000 U.N. trucks a month enter Syria at the single crossing point of Bab al-Hawa to deliver food, medical supplies and humanitarian aid, trying to meet the needs of four out of five people in northwest Syria.

"This is their lifeline," U.S. Ambassador to the United Nations Linda Thomas-Greenfield told reporters on a visit to the area. "Over the last year and a half some members of the Security Council succeeded in shamefully closing two other crossings into Syria."

"Bab al-Hawa is literally all that is left ... If it is closed it will cause senseless cruelty."

Announcing an additional $240 million in funding for Syrians and their host communities, Thomas-Greenfield said she was also willing to work with Russia to find ways for aid to be delivered "cross-line" from Syrian regime-controlled areas.

Russia, which supports Assad, has accused his Western opponents of ignoring the role that could be played by supplies brought cross-line from Damascus.

Ten years after the Syrian conflict broke out, the situation for refugees and host communities is more difficult than before. Of the country’s pre-war population of 23 million, 13 million Syrians were forced to flee their homes with over 6.7 million of them fleeing across the country’s borders, the U.N. refugee agency's statistics show.

"We have spent more than one year negotiating on both sides to have both cross-line and cross-border aid," Cutts told the U.S. envoy in a briefing near the border.

"Despite all our efforts, we have not managed to get a single truck cross-line. This is not for a lack of trying from the UN side, but rather because it is a war zone."

In addition to the difficulties over restricted access, the aid operation was starved of cash, he said.

"What we really need is to scale up funding. We need more access, not less. Take that back with you to the United Nations Security Council,” Cutts told Thomas-Greenfield.