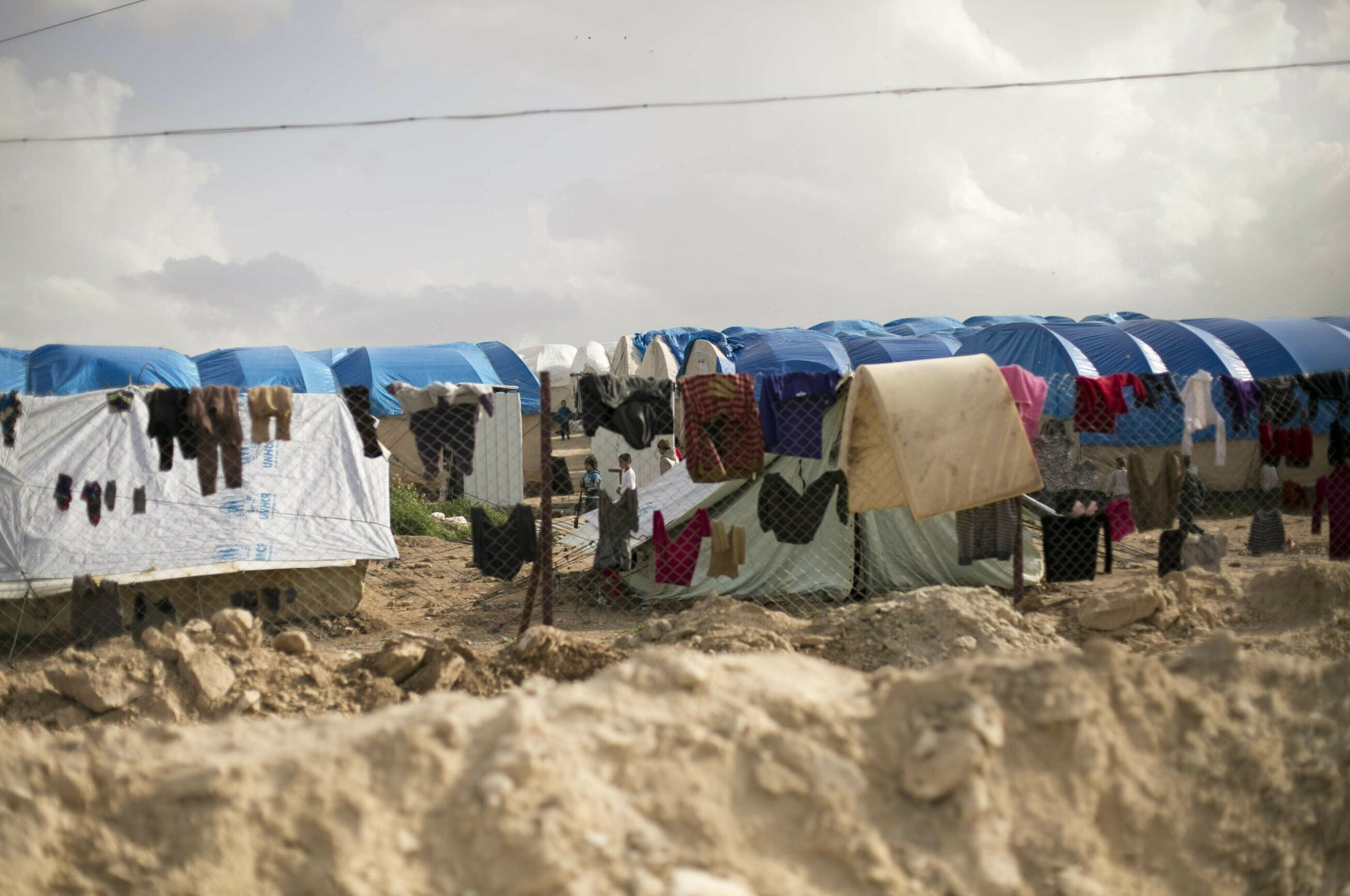 The international aid organization Doctors Without Borders said Tuesday a staff member was killed and three were injured in separate incidents last month in a camp for displaced people in northeast Syria.

The terrorist PKK's Syrian offshoot, the YPG-held al-Hol camp houses families of Daesh members and has witnessed a sharp increase in crime in recent weeks.

In a statement, Doctors Without Borders said it is extremely concerned about the lack of security facing camp residents, two-thirds of whom are children. The group added that it was “shocked and saddened” after a staff member was killed and three injured in incidents on Feb. 24 and Feb. 27.

“Our colleague was off-duty with their family when they were killed” on Feb. 27, said Will Turner, the group's emergency manager for Syria. “People are being killed with a brutal frequency, often in the tents where they live."

Turner said the agency was still trying to understand the circumstances of the killing and did not provide details.

He said on Feb. 24 the child of a staff member died and three staff members were injured in a fire at a wedding in the camp. The fire spread to adjoining tents after a child accidentally knocked over a diesel heater. At least seven people were killed in the blaze, including the 4-year-old daughter of a staff member.

Al-Hol houses the wives, widows, children and other family members of Daesh terrorists. More than 80% of its 62,000 residents are women and children. The majority are Iraqis and Syrians, but it includes some 10,000 people from 57 other countries. They are housed in a highly secured separate area known as the Annex. Many of them remain die-hard Daesh supporters.

Hundreds of other teenagers are held in prisons for former membership in Daesh, which once controlled large parts of Syria and Iraq. It lost its last sliver of territory, in eastern Syria, in March 2019.

Doctors Without Borders said more than 30 people have been killed since January in the camp. Most of those killed were targeted by gun violence, with some caught in crossfires. Others were killed in knife attacks or died in avoidable accidents.