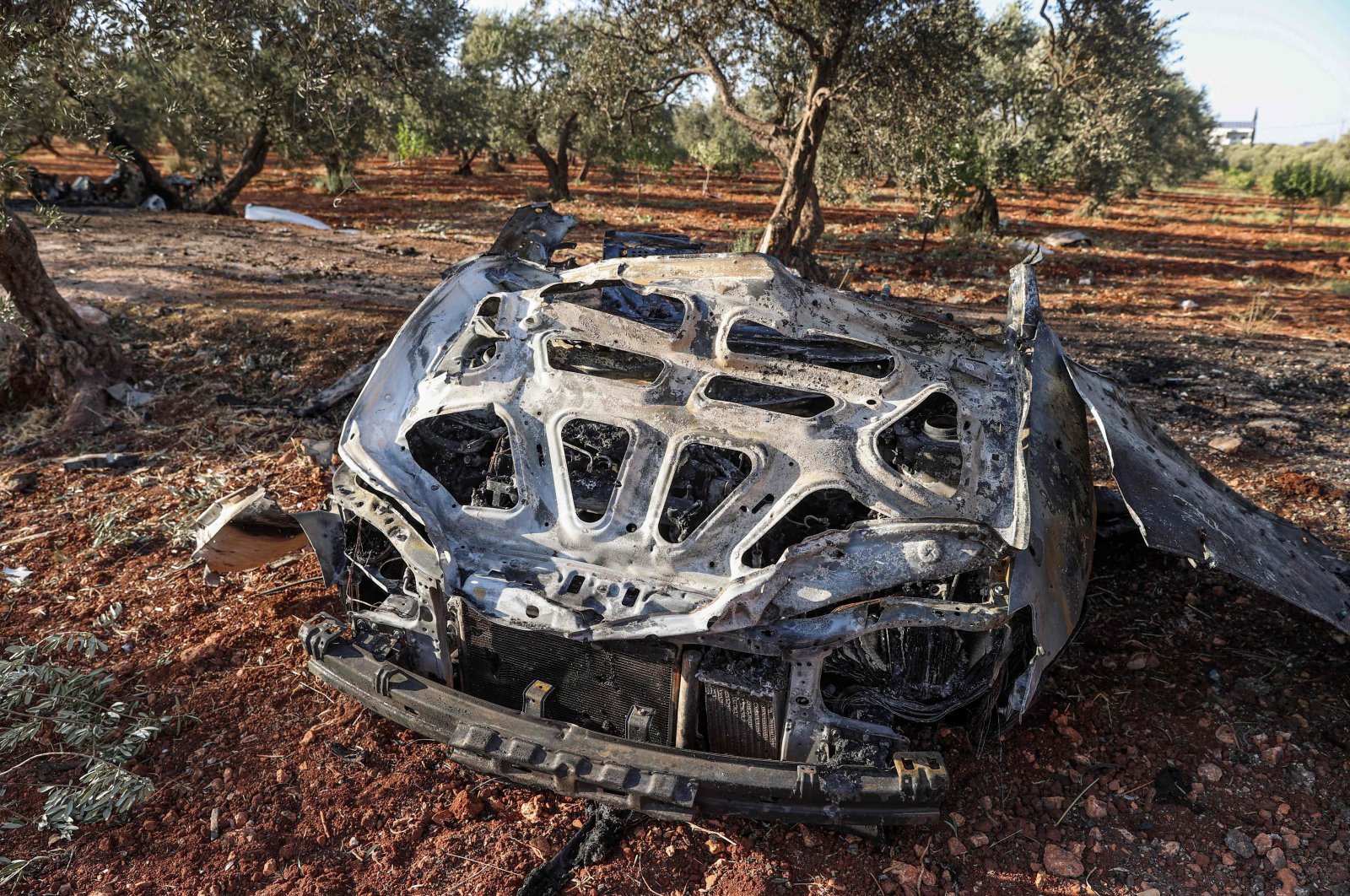 A drone strike hit a vehicle traveling on a rural road in Syria’s northwestern Idlib province on Monday, killing at least one person, rescue workers and a war monitor said.

The Syrian civil defense and medical group that operates in opposition-held areas, known as the White Helmets, said the unidentified body was lifted from the car along the Idlib-Binnish road east of Idlib. The charred vehicle, split in the middle, lay on the side of the rural road in an orchard.

Spokesperson Col. Wayne Marotto said the coalition was not behind the attack.

“Initial indications are that we struck the individual we were aiming for, and there are no indications of civilian casualties as a result of the strike,” said Navy Lt. Josie Lynne Lenny in a statement. No additional details were released.

The Syrian Observatory for Human Rights, based in the United Kingdom, said the vehicle carried a militant from one of the radical groups operating in the province. The Observatory didn’t identify the group but said it was linked to al-Qaida.

The U.S. has carried out attacks in Idlib before, targeting al-Qaida militants and the leader of Daesh, Abu Bakr al-Baghdadi, who was hiding in the province after fleeing from eastern Syria.

Large parts of Idlib and neighboring Aleppo province remain in the hands of Syrian armed opposition. There are also over 4 million civilians living in the area, most of them displaced from previous bouts of violence in Syria's 10-year conflict. The Syrian regime has vowed to retake all territories outside of its control, but a cease-fire negotiated last year in Idlib has tenaciously held.

For years, the Bashar Assad regime has ignored the needs and safety of the Syrian people, only eyeing further territorial gains and crushing the opposition. The regime has bombed civilian facilities such as schools, hospitals and residential areas, displacing almost half the country's population.