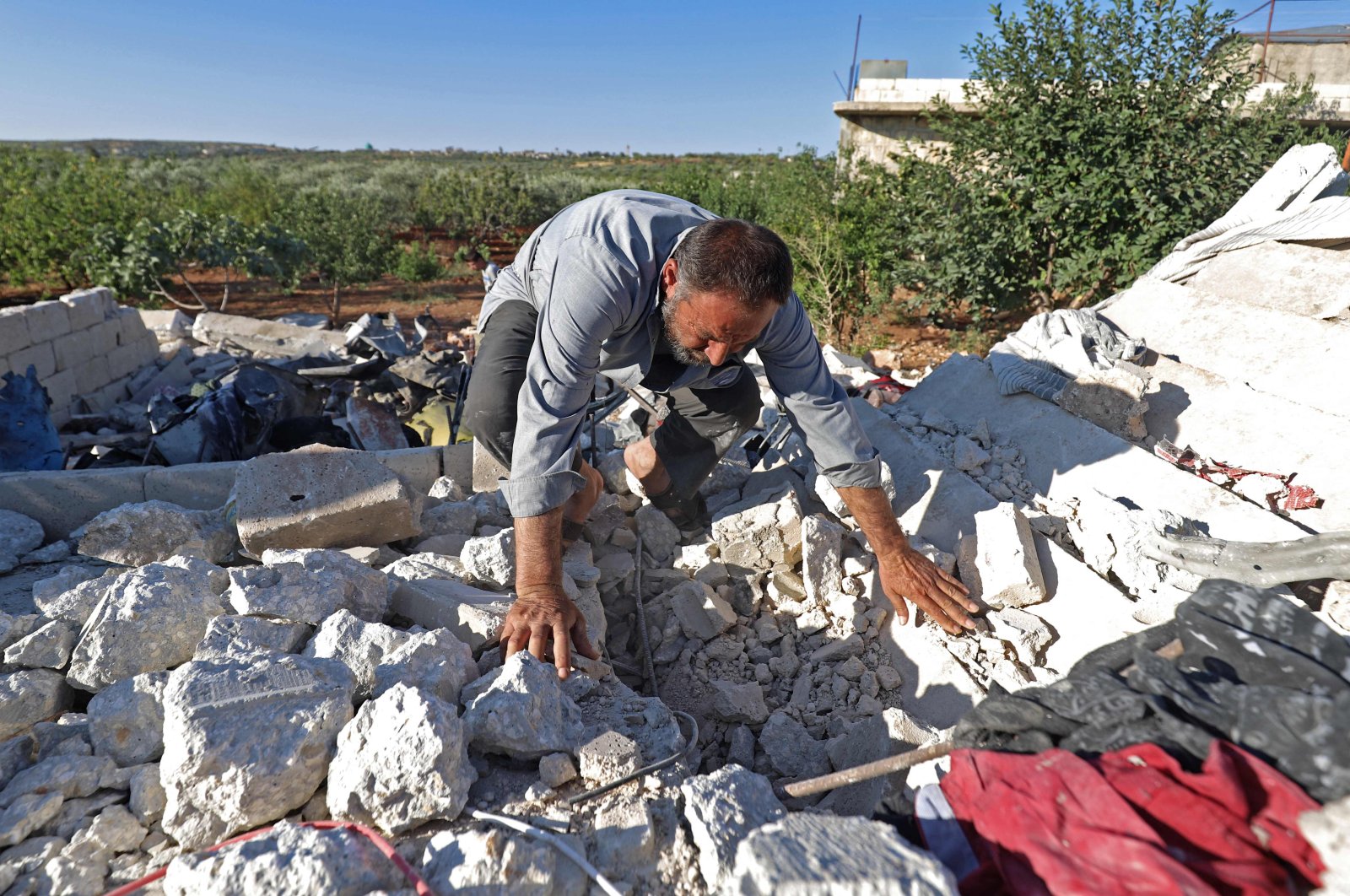 Amid poor hygiene conditions and increasing COVID-19 cases, civilians in Syria's northwest try to live despite the constant fear of attack by the Bashar Assad regime and its backers

The White Helmets wrote on social media that the Russian planes were targeting a poultry farm between Zarzour and Mazra villages west of Idlib.

“The teams responded to the bombing site and made sure that there were no other casualties,” they said.

Pointing to increasing attacks by the Bashar Assad regime and its allies, the United Nations special envoy for Syria Geir Pedersen told a U.N. Security Council (UNSC) briefing this month that although over the past 17 months there has been relative calm, escalations have increased recently.

The White Helmets underlined that northwestern Syria still lies far behind in the fight against COVID-19 as cases continue to spike and devastate.

“One percent of the population is vaccinated, intensive care unit (ICU) beds are overcrowded, medical supplies are low and medical teams work tirelessly. We can only survive with the help of the world,” the group said.

According to U.N. figures, some 79,002 people received at least one dose of the vaccine in Idlib and Aleppo, corresponding to 1.84% of the total population by Sept. 5.

It said that on Wednesday teams transferred more than 40 cases, including kids and women, to the precautionary quarantine centers and buried six death cases with all preventive measures.

Syria's damaged health infrastructure and the massive displacement of its citizens as a result of attacks by the Assad regime and Russia make potential containment measures a nearly impossible task. The constant onslaught has caused the deterioration of the physical health of people across the country, where malnutrition and poverty are widespread. According to the U.N., nearly 50% of medical facilities in the country were out of service.

Moreover, the overcrowded camps, unfit for living during the pandemic, are often plagued by poor hygienic conditions and fires that erupt frequently, spreading easily to the other tents nearby.

In a report published this week, the U.N. warned that COVID-19 cases have increased across northwest Syria since mid-August, with more than 1,000 daily cases recorded in the past few weeks.

"The incident rate of COVID-19 significantly increased across northwest Syria in August with 12,839 new cases, marking a sharp increase compared to 771 new cases in July," the U.N. highlighted.

“About one million people in northwest Syria do not have access to at least one essential clean water and sanitation service or supply. 70% of the people in displacement sites and 33% in communities rely on water trucking to access clean water. Less than half of the population in displacement sites have access to soap, water and hand-washing facilities,” the U.N. said.