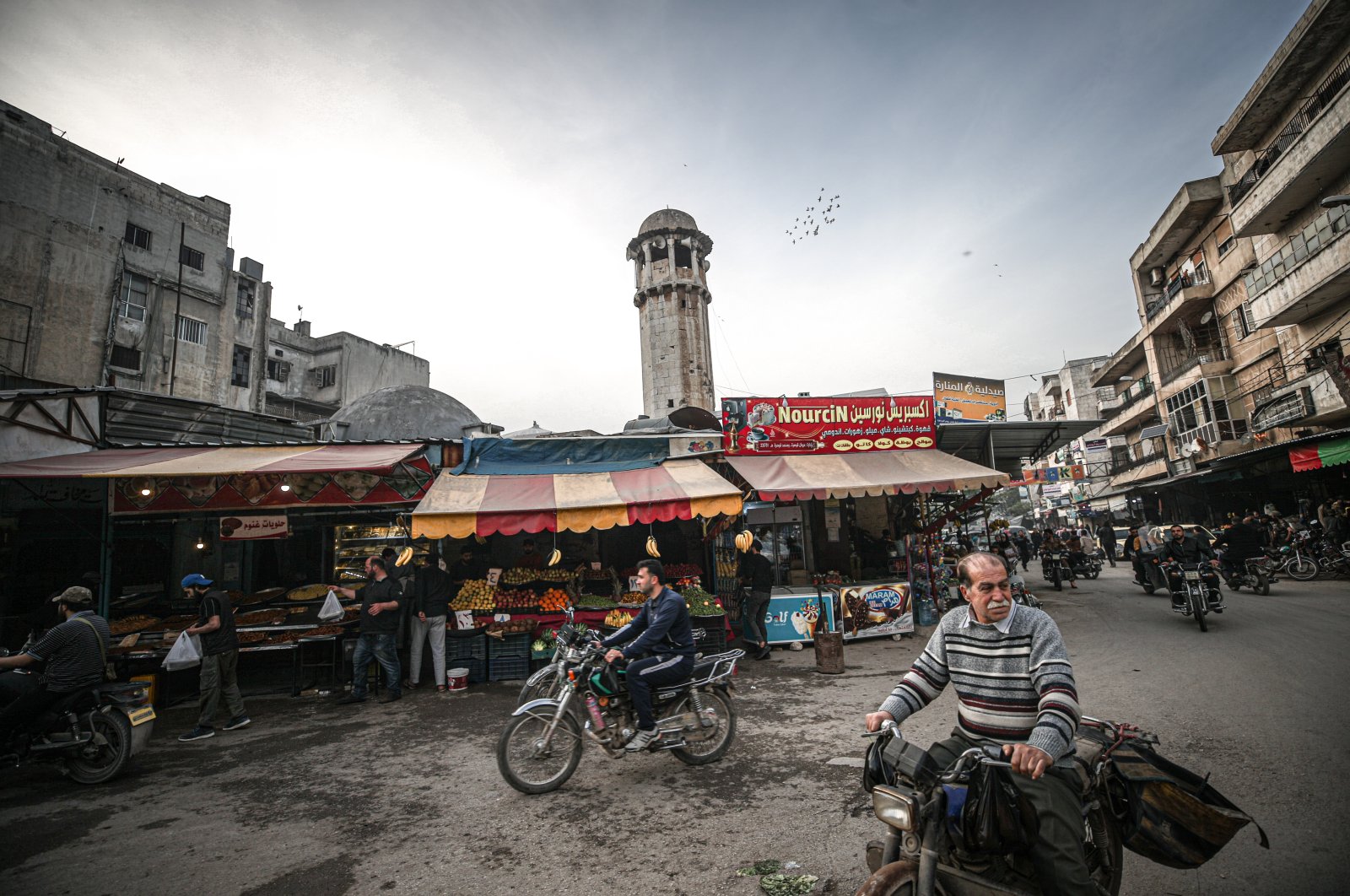 Forcibly displaced Syrians who took refuge in northwestern Syria's Idlib are denouncing the Bashar Assad regime's upcoming presidential elections as "illegitimate," underlining that it is unacceptable for someone who kills his own people and has displaced millions to hold polls in the country.

"It is unacceptable that the regime that killed its people and displaced millions of civilians prepare to make an election. Assad is an enemy and murderer of the people," said Omar Shaban, a civilian who had to emigrate from the Saraqib district, in northeast Idlib.

Abdullah Muhsin, who was also forcibly displaced from Saraqib, agreed with Shaban and underlined that the planned polls are not legitimate.

Ismael Bitar, who left the province of Homs, emphasized the illegitimacy of the regime that killed his parents, imprisoned his brother and expelled millions of civilians from their homes.

"Civilians living under regime control cannot meet their needs. The choice of people under pressure has no legitimacy," Bitar said.

Forcibly displaced Firas Alivyi said: "Someone who murdered children with chemical weapons, forced his people to live in camps by displacing them by force is only a murderer. The Assad regime made all kinds of bombardments to suppress the people. It tortured civilians in prison."

Muhammad Ubeyid, who fled the town of Telminnis in the south of Idlib, said that, "The elections of the regime which brought terrorists from Russia, Iran and all over the world to kill the people is not valid."

Ubeyid called on civilians living under regime control not to participate in the elections.

Yamin Rahim from Idlib also said that Assad should leave the country.

Rahim said, "The Assad regime forcibly displaced civilians. He massacred the children. He destroyed the country's infrastructure. He is a murderer. He is an enemy of humans. Therefore, we are against the elections to be held."

The Assad regime, which announced that the presidential election will be held on May 26, has held elections six times during the civil war that has just marked its 10th year.

While intense efforts have been made to end the crisis since the beginning of the civil war in Syria, the Assad regime undermines these steps at every opportunity.

As of 2012, the Assad regime, which adopted an uncompromising attitude during negotiations for the end of the civil war in the country and the formation of a temporary government, often held "show" elections in the regions it controlled.

Last year, the Assad regime once again demonstrated its opposition to the political process by holding "no-electoral" parliamentary elections, despite the protests of opponents, low participation and international objections, during a series of talks by the constitutional committee.

The talks of the Syrian Constitutional Committee under the supervision of the U.N. are also at a deadlock due to the attitude of the Assad regime. As a matter of fact, the fifth round meeting of the committee, which came together on Jan. 25-29, was unsuccessful due to the irreconcilable attitude of the regime.