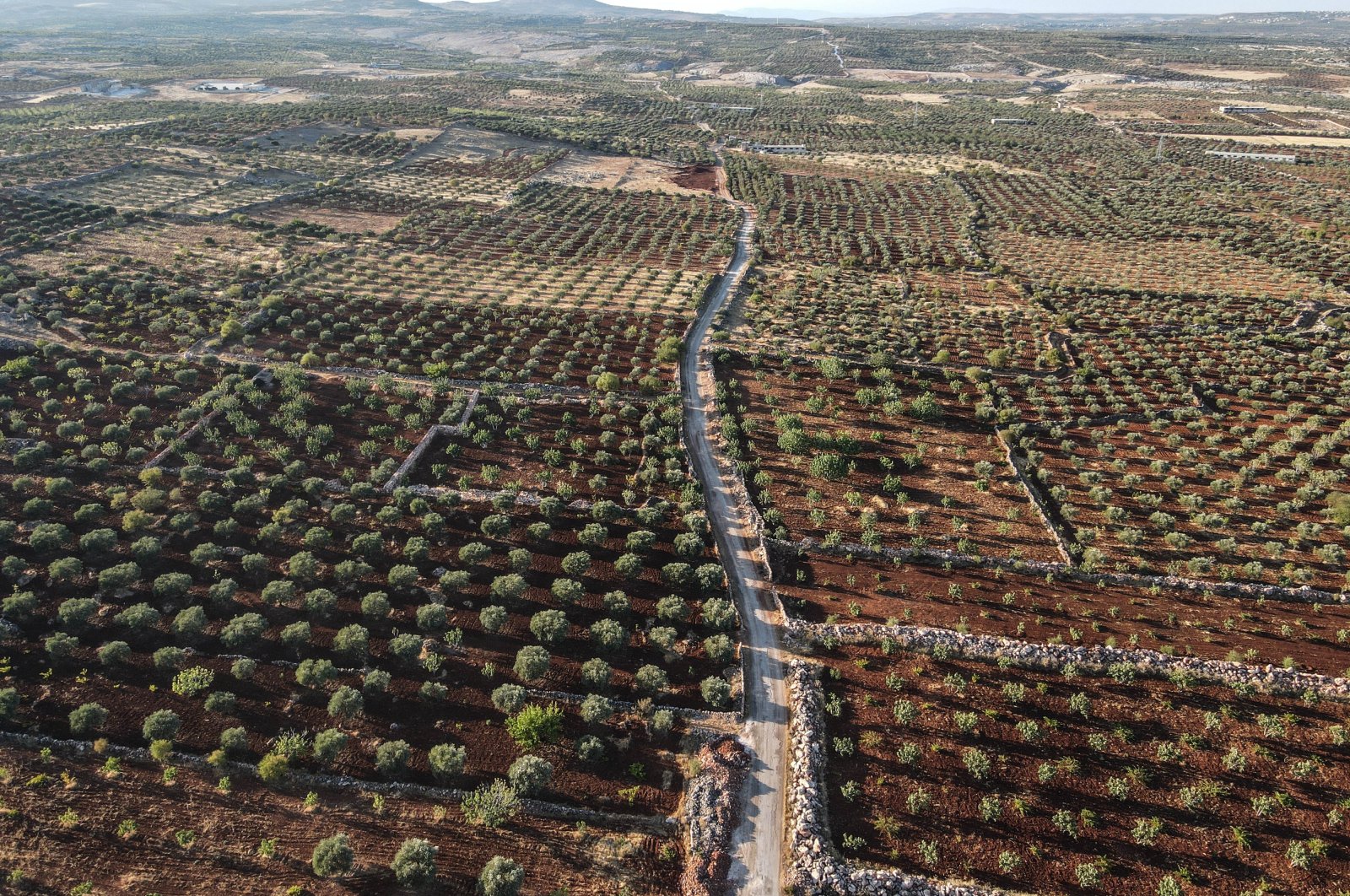 Farmers who were forcibly displaced in the southern countryside of the Idlib governorate in northwestern Syria are harvesting their figs despite the attacks by the Bashar Assad regime in violation of the cease-fire.

The people of the region, who were displaced by the regime attacks and had to migrate, returned to their homes in the region of Jabal al-Zawiya for the harvest of figs, which is one of their important livelihoods.

Musa Mohammed, who had to migrate to the north of Idlib two years ago as a result of the attacks of the Assad regime, said that they faced great difficulties while harvesting their figs, olives and other crops.

Noting that he could not find people to work in his field, Mohammed said: "The Assad regime has laid mines in our fields. Cluster bombs are exploding nearby. A 12-year-old boy died while grazing the sheep in the field just three days ago."

On the other hand, Mohammed, who stated that Russian unmanned aerial vehicles (UAVs) were still in the region, stated that they waited under the trees in order not to be seen or they gathered their crops according to the information they received from the aircraft observatory.

Shakir Zeytin, who lost his right foot after the explosion of a mine laid by the regime forces on agricultural land in 2020, said that the UAVs did not leave the region and therefore they always hide under their trees.

Stating that they could not find workers to work in the region, Zeytin said: "The workers are afraid of the mines laid by the regime forces and the attacks from the air and land. We collect our goods like a thief."

The Idlib region is home to nearly 3 million people, two-thirds of them displaced from other parts of the country during the decadelong civil war.

A cease-fire deal brokered by regime ally Russia and main opposition backer Turkey has largely protected the region from a new regime military offensive since March 2020.

But regime forces have stepped up their shelling on the southern edges of the bastion since June.