Kosovo takes back 11 of its citizens from Syria 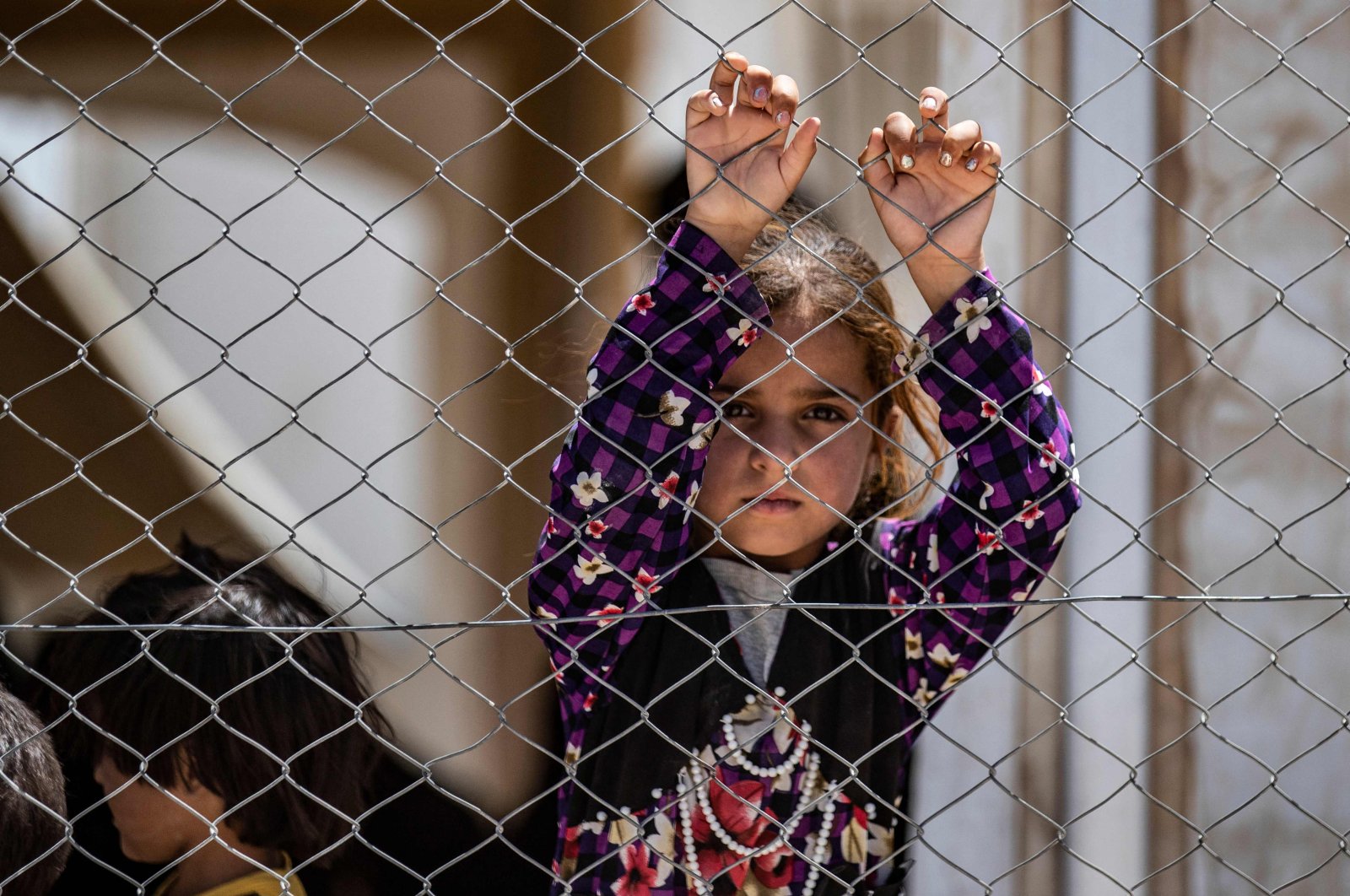 A Syrian child waits with family members inside the al-Hol camp, which holds relatives of suspected Daesh fighters in the northeastern Hasakeh governorate, Syria, July 15, 2021. (AFP Photo)
by Daily Sabah with AP Jul 19, 2021 10:58 am
RECOMMENDED

Kosovo’s interior minister said Sunday that 11 Kosovar citizens have been repatriated from Syria.

Minister Xhelal Svecla tweeted that the 11 arrived Saturday from conflict zones in Syria, without giving details on where they were taken from or how many men, women or children were in the group.

“Kosovo remains a proud and fully dedicated member of the global coalition against Daesh. We shall continue our strong fight against extremism and terrorism,” he wrote.

In the past, Kosovar authorities had said that less than 90 citizens still remained in Syria, some men as fighters but most of them women who are widows of Daesh fighters or other terrorist groups, and a few children.

The United States embassy in Pristina commended the repatriation, tweeting that “these returns demonstrate Kosovo’s willingness to take responsibility for its citizens while setting an example for others. Kosovo is a leader in the fight against terrorism & extremism.”

Two years ago, Kosovo became the first country in Europe to repatriate from Syria 110 Kosovar citizens, mostly women and children, with the assistance of the United States. Many of the adults have already been charged for terrorism-linked activities and are serving jail terms.

More than 400 Kosovars initially joined extremist groups in Syria and Iraq, but none has left during the last few years, according to Kosovo authorities.