Millions of displaced people in Idlib in need of medical aid 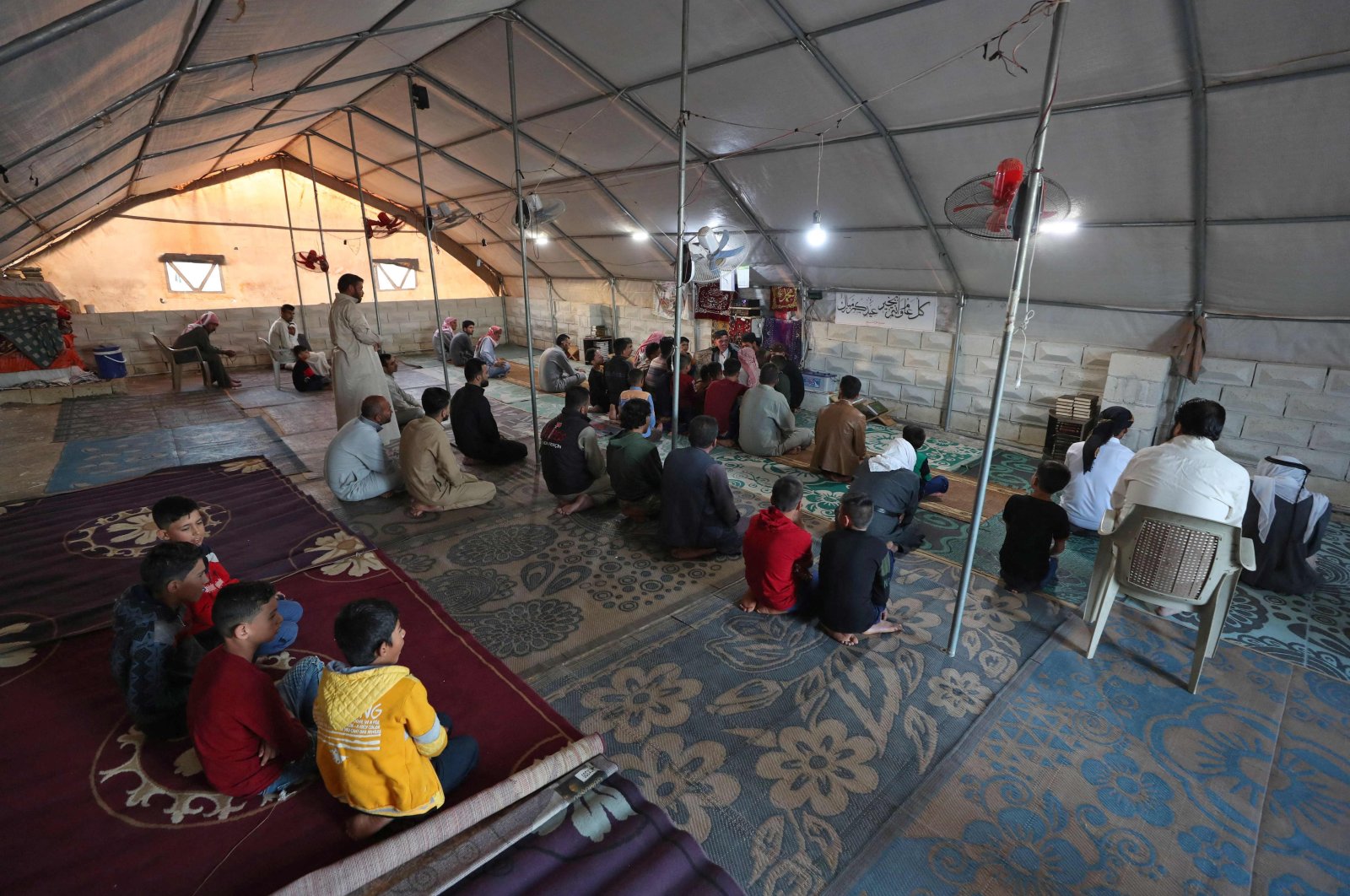 Displaced Syrians gather in a tent at the al-Tah camp for internally displaced persons (IDP) in Syria's northwestern province of Idlib, May 13, 2021. (AFP Photo)
by Anadolu Agency May 16, 2021 1:21 pm
RECOMMENDED

Murat Koç, the head of the AID's branch in Diyarbakır, southeastern Turkey, said that there are significant deficiencies in primary clinics, hospitals and universities in Idlib.

He stressed that residents face difficulties accessing medicine and protective health services. Since a lot of the population live in tents, he said there are difficulties in accessing health services, including gynecology, pregnancy monitoring and baby care as well as vaccinations. However, nongovernmental organizations (NGOs) and institutions are building primary clinics, which are especially important for many medical fields.

Koç said there are also severe shortages of necessities such as oxygen tubes, medicines and operating equipment, as he touched on secondary and tertiary health services in Idlib.

Officials and residents should focus on health requirements, he stressed.

He explained that there is a medical faculty in Idlib with enough academic staff to train students but they lack basic supplies, such as generators and medicines.

"If the faculty received enough equipment, it would meet the need for tertiary care in Idlib," he said.

The faculty has hundreds of medical students at all levels but due to the scarcity of supplies, their education is lacking, he said.

Currently, those who need tertiary care move to Turkey he said, noting that if the faculty has enough equipment it could serve people.

The lives of the Syrian people dealing with numerous difficulties in rural Idlib's tent camps have become much harder due to the ongoing pandemic. As the humanitarian catastrophe in the region reaches new heights, people try to survive by taking shelter under trees or shaky tents built on mud and puddles. Many Turkish NGOs and state agencies continue to provide vital humanitarian aid and conduct humanitarian efforts in the region hosting nearly 4 million people.

Touching on AID and the Humanitarian Relief Foundation's (IHH) joint Prosthetic-Orthotic and Rehabilitation Center in Idlib, which was founded with a contribution from Kuwait's Zakat House, Koç said the center has helped people by using modern medical devices on patients who became disabled because of the conflict.

"We are working with all our strength to ensure war-weary people, who have lost their limbs, hold on to life," he said.

Koç said there are three more orthosis-prosthesis centers in Turkey and all four facilities produce artificial limbs for the disadvantaged.