Refugees in Syria's Idlib to welcome Ramadan with economic hardships 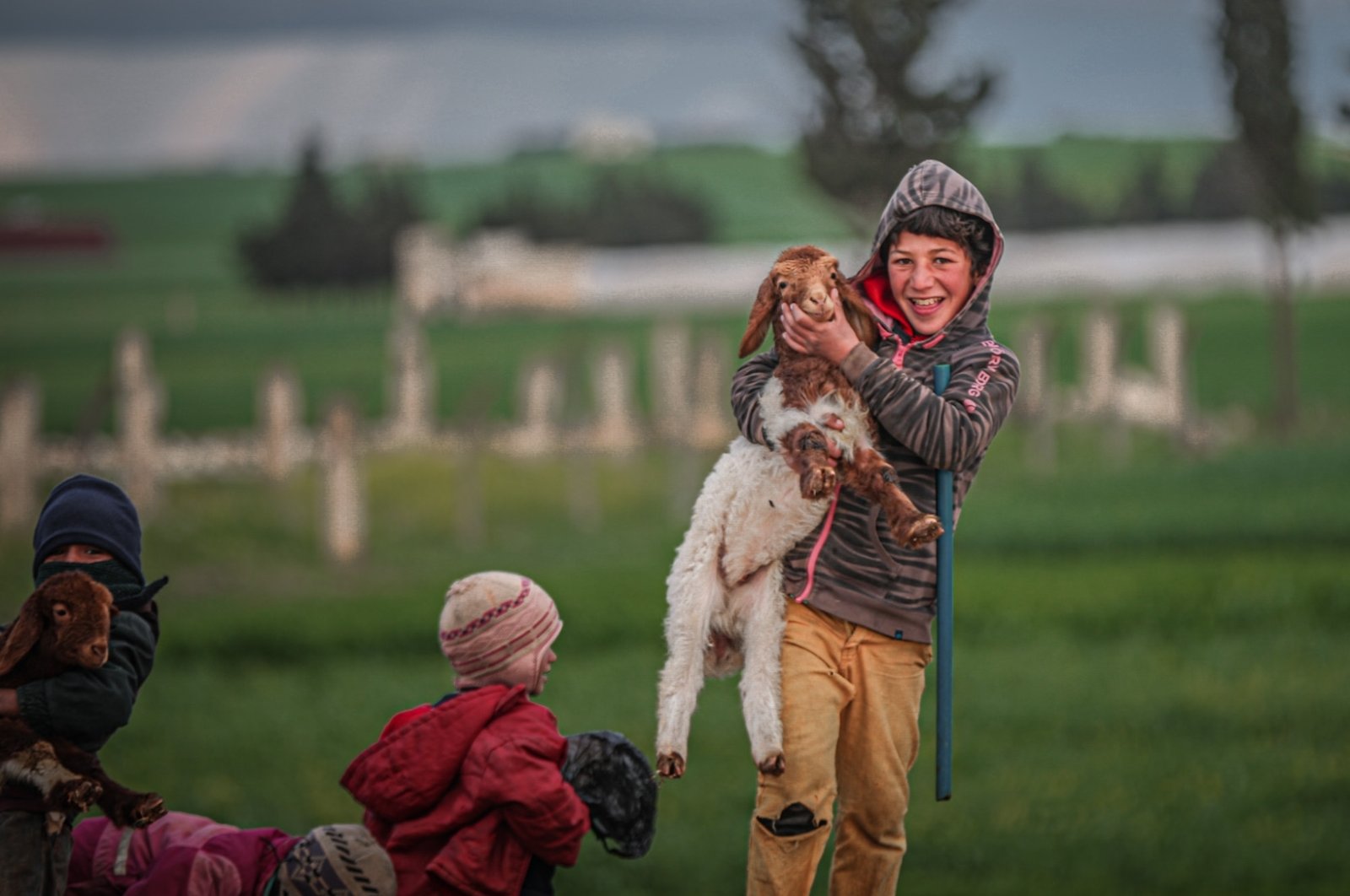 Civilians living in camps in northwestern Syria's Idlib, where the civil war has been going on for more than 10 years, are entering another Ramadan away from their homes, Idlib, Syria, April 11, 2021. (AA)
by DAILY SABAH WITH AA Apr 11, 2021 1:31 pm
RECOMMENDED

Civilians living in camps in northwestern Syria's Idlib, where the civil war has been continuing for more than 10 years, are entering another Ramadan away from their homes, in the grip of rising costs of living.

Um Hıdır, who was displaced three years ago and took refuge in the Atme camp in the western countryside of Hama due to the attacks of the Bashar Assad regime, told Anadolu Agency (AA) that he cannot prepare for Ramadan due to his poor financial situation.

32-year-old Hıdır said, "I don't know what to say. We could not prepare for Ramadan other than praying."

Hıdır stated that his wife cannot work because she has a problem with her spinal cord. "We live in the camp. We have nothing to cook on the first day of Ramadan because there is no food. We have nobody but Allah. I could not prepare for Ramadan. I neither have the conditions nor the opportunity to shop."

Answering the question "when was the last time you ate meat?" he said: "I have not tasted meat since I migrated. My children are sick, they have to eat meat, but I cannot buy it because I have no money. My children have not been able to eat meat for three years."

Another displaced person, Halit Şiyben, said that everything is much more expensive this year.

Explaining that he does not have the financial strength to buy 1 kilogram (2.2 pounds) of cucumbers, Şıyben said: "There are no jobs. We will only fast and pray to Allah. The last Ramadan passed. The pain will pass. This Ramadan will also pass."

Şıyben stated that his prayer to Allah was to be able to return home and said:

"I hope I will go back to my home this Ramadan. Allah will remove this misfortune from us. Children should not be deprived of the love of the holiday. We want our children to live happily. Living conditions are not good here. Children are humiliated. We cannot even give pocket money. Nobody can help anyone. Financial conditions are bad. I do not know what else to say."

Imad Halid, who migrated from the Serakib district in the east of Idlib and worked as a greengrocer in the camps, said that vegetables and fruits are very expensive.

Halid said: "The price of cucumbers is TL 4 per kilogram, tomatoes are 5 TL, parsley is 40 kuruş and people have no purchasing power. Ramadan is at the door. People cannot work. People living here have no money to shop. This year, products at the marketplace are excessive."

Stating that living conditions in the camp are very bad, Halid said: "May Allah help these people. I hope everyone will return to their homes as soon as possible. I miss my village. If I have the opportunity, I will return to my village immediately. The first day of Ramadan will most likely be yogurt and bulgur pilaf. There is no meat because there is no meat available." It is very expensive. A kilo of meat is about TL 65. Chicken is TL 25. Everyone is waiting for God's mercy."

The lives of Syrian people dealing with numerous difficulties in rural Idlib's tent camps have become much harder due to the recent winter conditions. As the humanitarian catastrophe in the region has reached new heights, people try to survive by taking shelter under trees or shaky tents built on mud and puddles. Many Turkish nongovernmental organizations (NGOs) and state agencies – including the Disaster and Emergency Management Authority (AFAD), the Turkish Red Crescent (Kızılay) and the Humanitarian Relief Foundation (IHH) – keep providing vital humanitarian aid and conducting humanitarian efforts in the region hosting nearly 4 million people.