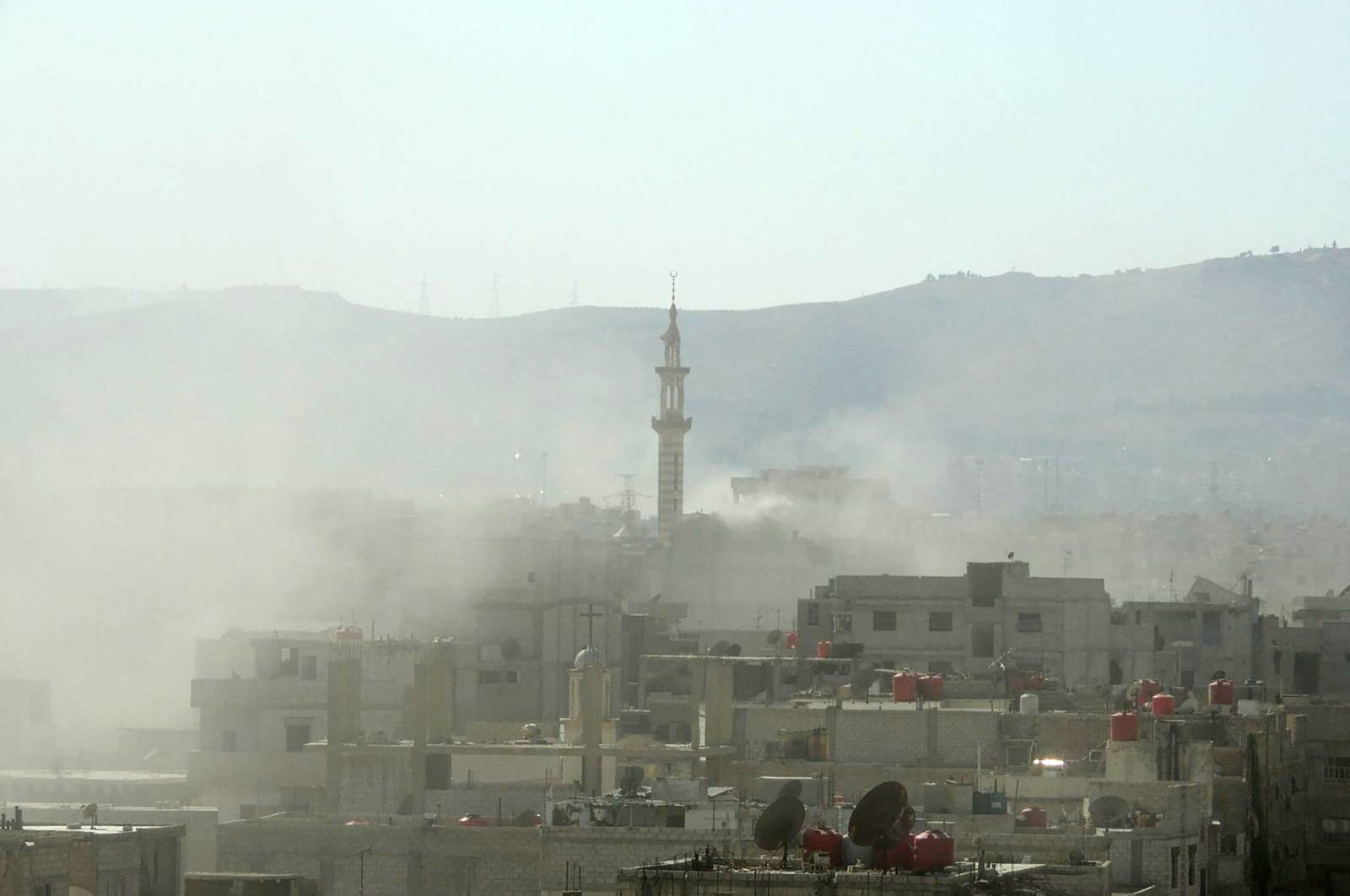 Four nongovernmental organizations have launched a criminal complaint in Sweden against the Assad regime over chemical weapons attacks in 2013 and 2017.

In the complaint filed with Swedish police, the Syrian Centre for Media and Freedom of Expression (SCM), Civil Rights Defenders, Syrian Archive (SA) and the Open Society Justice Initiative (OSJI) accuse the Damascus regime of chemical attacks using sarin gas, in Khan Sheikhoun in 2017 and Ghouta in 2013.

Sarin gas is illegal under the international Chemicals Weapons Convention.

The complaint includes testimonies from victims and survivors of the attacks as well as "hundreds of documentary evidence items, including photos and videos," and an analysis of the Assad regime's military command structure.

"Ultimately, the purpose of the complaint is that those responsible for these chemical weapons attacks be brought to justice," Aida Samani, legal adviser at Civil Rights Defenders, told Agence France-Presse (AFP).

"What we are hoping for is that they will open an investigation ... and detain those suspected of these acts in their absence," Samani added.

Samani explained that such a decision would mean Swedish prosecutors could issue a European arrest warrant to apprehend the suspects should they enter Europe.

According to a summary of the complaint reviewed by AFP, over a dozen individuals were named as suspected perpetrators, including Bashar Assad in both cases.

Other high-ranking members of the regime and the military, as well as military personnel believed to be directly involved in the attacks, were listed.

The organizations, which have also filed similar complaints in Germany and France, said they hoped Swedish authorities would collaborate with their German and French counterparts.

"A joint effort between the authorities will increase the chances of a future European arrest warrant and efficient justice for victims and survivors," Mazen Darwish, general director of SCM, said in a statement.

The countries have been chosen due to a combination of affected Syrians living there, and because they have the judicial prerequisites in place to bring charges for acts committed abroad, Samani explained.

The complaint was also filed on the eve of a conference with state members of the Organisation for the Prohibition of Chemical Weapons (OPCW), which includes Syria, in The Hague.

According to the NGOs, several states have submitted drafts for a decision to deprive Syria of some of its rights in the OPCW "in response to Syria's continued use of chemical weapons."

"Passage of the decision would signal that the Syrian regime's use of chemical weapons has diplomatic consequences," Eric Witte, senior policy officer at OSJI, said in the statement.

After the 2013 attacks, the Syrian regime promised to dismantle its stock of chemical weapons.

But according to a report released last October by OSJI and Syrian Archive, the Syrian regime is still running a "robust" chemical weapons program.