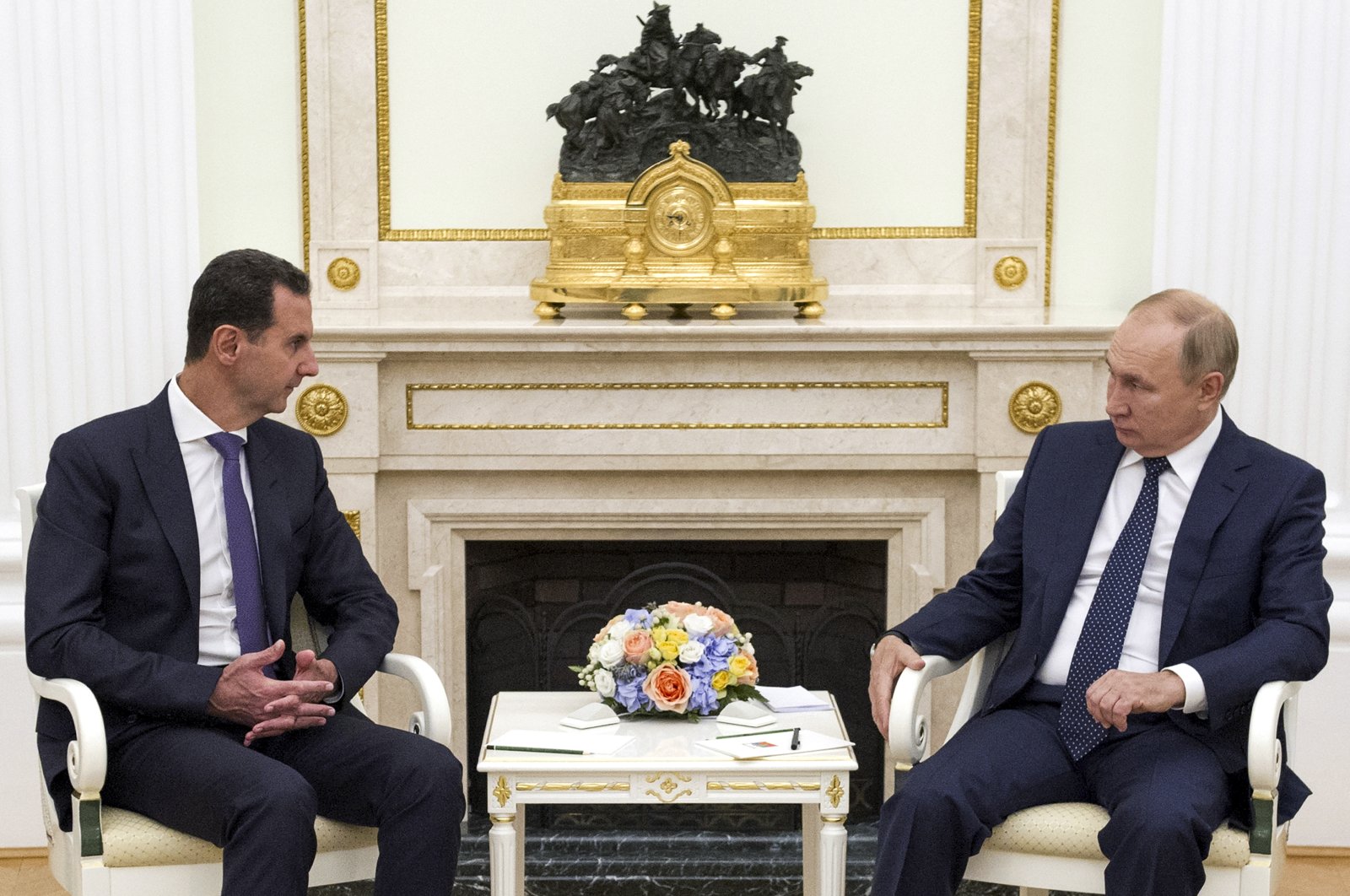 Russian President Vladimir Putin and Syria’s Bashar Assad have met in Moscow to discuss the cooperation between their armies and how to continue operations to gain control of the last opposition-held areas in Syria, Assad regime media reported Tuesday.

The Monday night meeting between Putin and Assad was the first since they held a summit in the Syrian capital in January last year. Regime broadcasters described it as a long meeting and said the two were later joined by Syria’s foreign minister and Russia’s defense minister to discuss mutual relations and fighting terrorism.

Putin also blasted the presence of “foreign forces" in parts of Syria – an apparent reference to hundreds of U.S. troops who are in eastern Syria working with YPG/PKK terrorists, as well as Turkish troops in northern Syria. Putin said the presence of the foreigners is illegal because they have no approval by the U.N. or the Assad regime.

“This clearly violates international law and doesn’t allow you to make maximum efforts to consolidate the country,” Putin was quoted as telling Assad, according to a statement released by the Kremlin.

Putin and Assad also discussed the political process in the war-torn country.

Russia joined Syria’s 10-year conflict in September 2015, when the regime military appeared close to collapse, and has since helped in tipping the balance of power in favor of Assad, whose forces now control much of the country. Hundreds of Russian troops are deployed across Syria and they also have a military air base along Syria’s Mediterranean coast.

“I am happy to meet you in Moscow, six years after our joint operations to fight terrorism,” Assad was quoted as saying. Assad has made very few visits abroad since the conflict began.

In recent weeks, Syrian opposition activists said that Russian warplanes have been carrying out strikes on the northwestern province of Idlib, the last major rebel stronghold in the country. The region is home to some 4 million people, many of them internally displaced by the conflict.

Last week, a Russian-negotiated cease-fire deal went into effect to end a regime siege and intense fighting in the southern city of Daraa. The deal brought areas held by the rebels in the city under regime control for the first time since 2013.

“We have the intention in Syria as a government and institutions to move in parallel between the liberation of land and the political process,” Assad said.

Regime broadcasters reported that, during the meeting, the two leaders discussed cooperation between their armies “in fighting terrorism and the continuation of liberating lands held by terrorists.” The Assad regime refers to all armed opposition groups as terrorists.

The visit was Assad’s first to Russia since he visited the Black Sea resort of Sochi in 2017 for talks with Putin.

Syria’s conflict began in March 2011 with anti-government protests and later turned into a civil war that has killed half a million people and displaced half the country’s pre-war population of 23 million, including 5 million who are refugees outside the country.