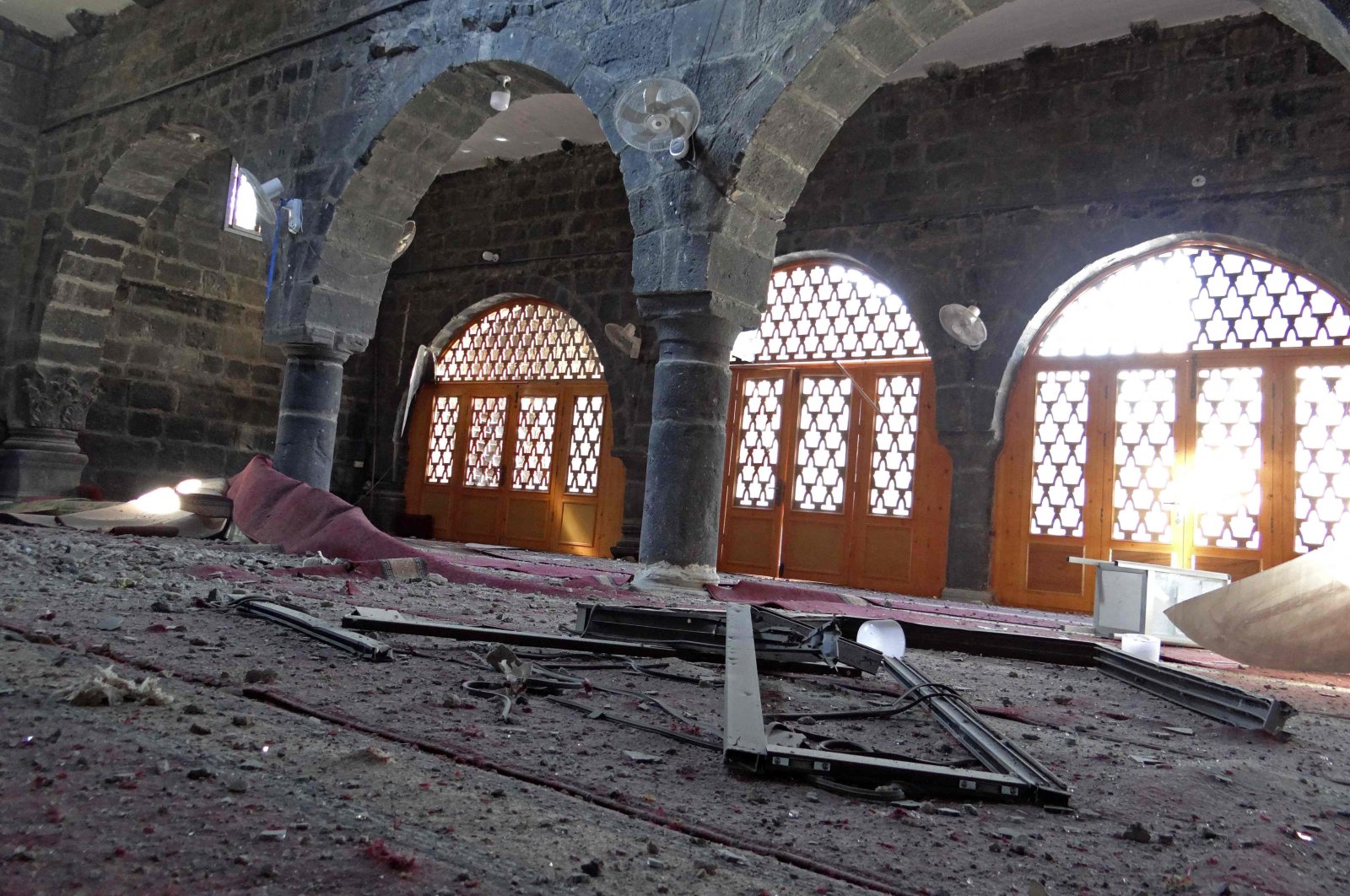 A view of the crater left after a reported shelling by Syrian regime forces on the Omari mosque in the southern Syrian city of Daraa on Sept. 5, 2021. (AFP Photo)
by Anadolu Agency Sep 06, 2021 12:18 pm
RECOMMENDED

Qatar on Sunday condemned a brutal attack by Bashar Assad regime forces on the southern Daraa province, saying "the horrific crimes committed by the Syrian regime led to the displacement of dozens of families."

In a statement, Qatar's Foreign Ministry called the attack "an extension of the series of heinous crimes that the regime has been committing against the Syrian people during the past years."

The statement added that the attacks by Syrian regime forces require "the international community to act urgently to ensure the protection of civilians and civilian infrastructure."

It also reiterated Qatar's position "to support international efforts aimed at reaching a political solution to end the Syrian crisis."

On June 25, the Daraa al-Balad area was blockaded by regime forces after residents, including former members of the Syrian opposition, resisted an order to surrender light weapons and allow regime forces to search homes in the area.

The Horan Freedoms Community said that during the recent Russian-led mediation talks with the opposition, the regime forces made these demands on residents and armed opposition groups, as well as to set up of nine checkpoints in the neighborhood.

These were rejected by the Daraa-based Reconciliation Center, however, which was negotiating on behalf of the residents, prompting the regime to conduct fresh attacks on the besieged city.

Daraa, known as the birthplace of the Syrian revolution, is home to 40,000 residents and was an opposition stronghold until 2018.