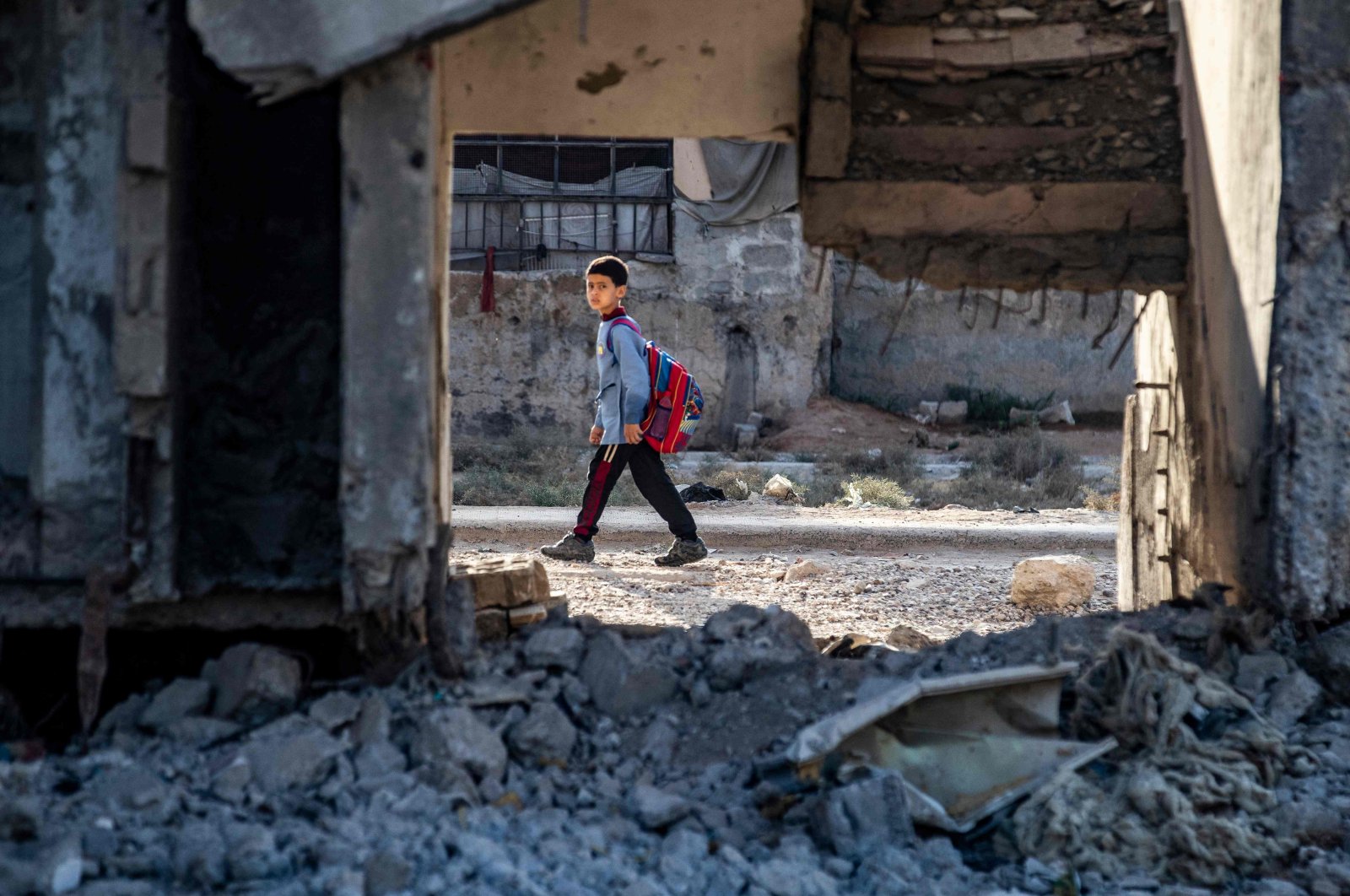 The Bashar Assad regime’s Foreign Minister Faisal Mekdad Monday said that his country's doors are open for the safe return of refugees, whereas human rights reports point to the opposite, underlining that returning Syrians face detention, torture and abuses by the regime.

Speaking in New York to the United Nations General Assembly, Mekdad also called for the withdrawal of United States and Turkish troops from his war-ravaged nation, pledging to drive them out of Syria sooner or later. He also said the Syrian armed forces would continue fighting “terrorists” – the Syrian regime’s catch-all word for its opponents – until every part of Syria is once again under regime control.

Syria’s conflict started amid the Arab Spring uprisings in 2011 and eventually devolved into an insurgency and civil war following a brutal military crackdown, resulting in one of the largest humanitarian catastrophes in the past century. The U.N. human rights chief said last week that her office has documented the deaths of more than 350,200 people – civilians and combatants – in the war over the last decade, while admitting the real number for those killed in the conflict is almost certainly far higher.

The war has also displaced half the country’s prewar population of 23 million, including 5 million who are refugees outside the country.

“We have made it clear that Syria’s doors are wide-open for the safe and voluntary return of all refugees to their country,” Mekdad said, adding that the regime was putting the necessary procedures in place to facilitate the return of people and meet their basic needs.

He said while the Syrian regime and its allies are making honest efforts on this humanitarian issue, “some continue to take advantage of the suffering of Syrians to serve an agenda that has nothing to do with humanitarian objectives or the interests of Syrians.”

His words sharply contradicted with the view of Syria experts, human rights organizations and some foreign governments who say that forced conscription, indiscriminate detentions and forced disappearances continue. In a report published earlier this month, Amnesty International said that a number of Syrian refugees who returned home have been subjected to detention, disappearance and torture at the hands of Syrian security forces, proving that it still is not safe to return to any part of the country.

Assad has all but crushed the insurgency against him, regaining control of 70% of the country.

He secured a fourth term in office in a May election that the West has said was marked by fraud but that the regime said showed the country was functioning normally despite its decadelong war.

In regime-controlled areas – including in the suburbs of Damascus and many parts of central Syria previously held by opposition rebels – the security situation has stabilized, but entire neighborhoods are destroyed and many people have no houses to return to. Basic services such as water and electricity are poor to nonexistent.

“Just as we managed to wipe out terrorists from most of Syria, we will work to end the occupation with the same resolve and determination, using all possible means under international law,” he said, referring to U.S. and Turkish forces. Almost a million people have fled the Assad regime’s offensive on the last opposition bastion since December 2019, with many seeking refuge in overcrowded tent camps near the Turkish border. Upon the Assad regime's attacks, Turkey launched Operation Spring Shield. Shortly thereafter, the surge of violence decreased following a Turkey-Russia brokered cease-fire in the region.