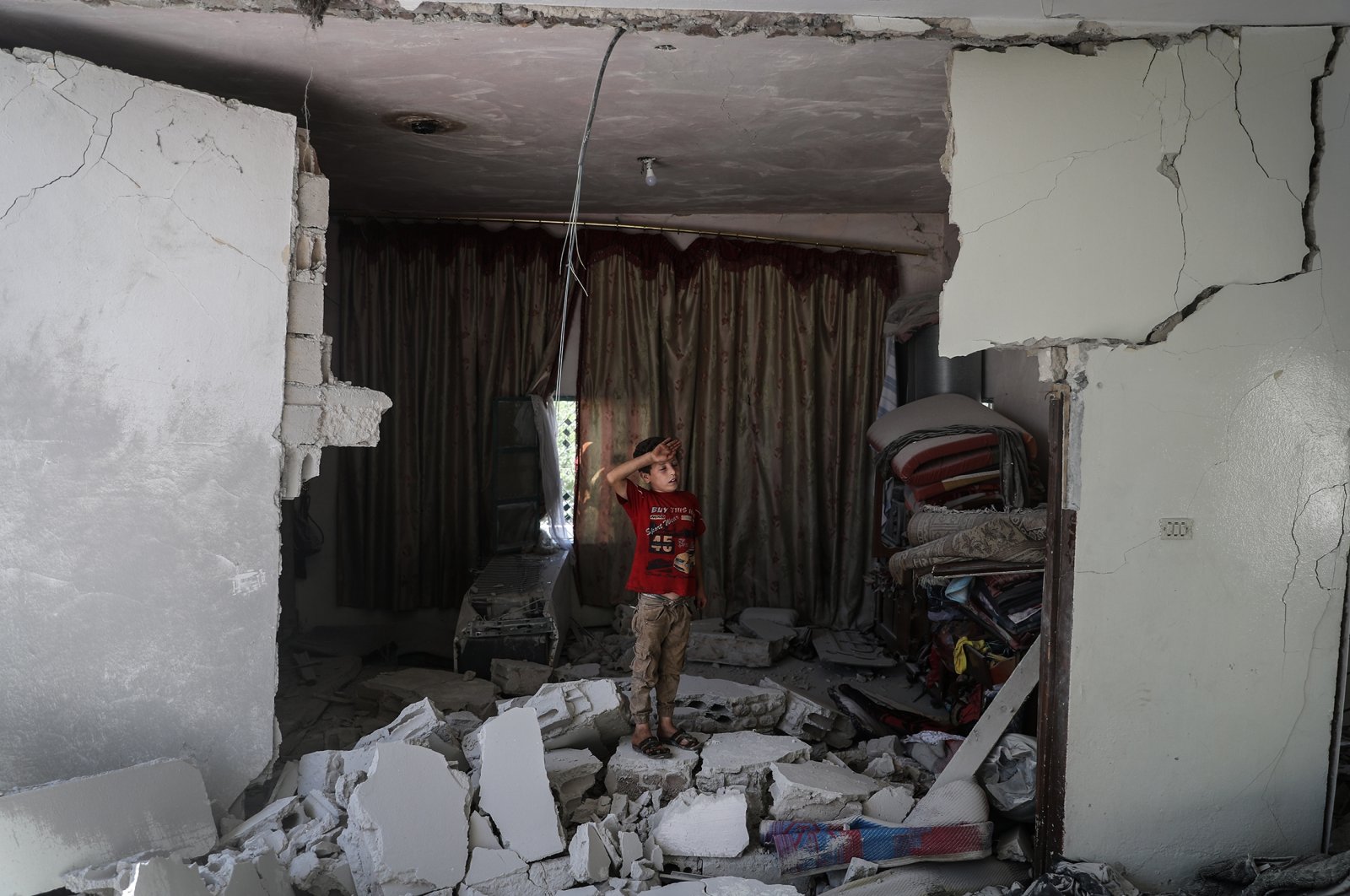 Despite efforts for peace in the war-torn country, the Bashar Assad regime and its ally Russia stepped up their attacks in Syria last month, disregarding the lives of civilians and vital civilian infrastructure

The United Nations should condemn the perpetrators of crimes and massacres in Syria, the Syrian Network for Human Rights (SNHR) said in a monthly report as the Bashar Assad regime's recent attacks on civilians continue to increase.

The 25-page report documented the deaths of 129 civilians, including 44 children and 17 women in July 2021, “with the highest percentage of killings being carried out at the hands of Syrian-Russian alliance forces.”

Among those who lost their lives were a medical worker, a civil defense worker, a media member and 10 who died due to torture.

“The Syrian regime must stop its indiscriminate shelling and targeting of residential areas, hospitals, schools and markets, and stop using prohibited munitions and barrel bombs, as well as comply with U.N. Security Council resolutions and customary humanitarian law,” the SNHR underlined.

It documented at least 15 attacks on vital civilian facilities, five of which were carried out by the Assad regime, four by Russian forces and five by the PKK terrorist organization’s Syrian wing, the YPG. The perpetrators of one attack could not be identified.

Russia is attempting to “divert and distort” the peace progress in Syria while undermining deescalation agreements, the report further added.

The regime and its backers have violated the ongoing cease-fire in northwestern Syria's Idlib region at least 800 times in the last 45 days, killing at least 66 civilians.

In another example of the regime’s atrocities, shelling has killed four children in Syria's last major opposition bastion Idlib in the northwest of the country, a Britain-based war monitor said Sunday.

A cease-fire deal brokered by regime ally Russia and main opposition backer Turkey has largely protected the region from a new regime offensive since March 2020.

Saying that July as the second month in a row saw increasing violence in northwest Syria, the SNHR highlighted that the regime and its backer Russia’s attacks focused on the Jabal al-Zawiya region south of Idlib and its surroundings.

“This month, the Syrian Network for Human Rights encountered difficulty in identifying whether the source of bombardment could be attributed specifically to Russian forces or Syrian regime forces, in several incidents, in addition to the use of new munitions that have not yet been identified up to the time of the report’s publication.

"It accused Russia and the regime of directly targeting civilians and civilian objects in addition to committing several crimes, including extrajudicial killings, arrests, torture and enforced disappearances."

“There are reasonable grounds to believe that the war crime of attacking civilians has been committed in many cases,” it added. Those who are responsible should be held accountable, including the Russian regime whose involvement in war crimes has been repeatedly proven.”

The report also touched on the rising escalation in Syria's southern province of Daraa, which saw the deadliest flare-up in three years in recent weeks.

It said that the Syrian regime continued to besiege the Daraa al-Balad area, a southern district of the provincial capital, and the Tareeq al-Sadd and Camps neighborhoods in Daraa, closing the only remaining road leading to the area and obstructing the entry of food and medical supplies.

The violence killed 28 people, including eight regime fighters and nine gunmen affiliated with opposition groups. Shelling by the army of several parts of Daraa also killed 11 civilians, including several children.

Russian-backed Syrian troops and allied forces recaptured Daraa from the opposition in 2018, a symbolic blow to the anti-regime uprising born in the city in 2011.

The SNHR also documented at least 172 cases of arbitrary arrests “with the largest percentage of these carried out by Syrian regime forces in the governorate of Daraa, then Damascus Suburbs.”

The war in Syria has killed nearly 500,000 people and displaced millions since it started in 2011.