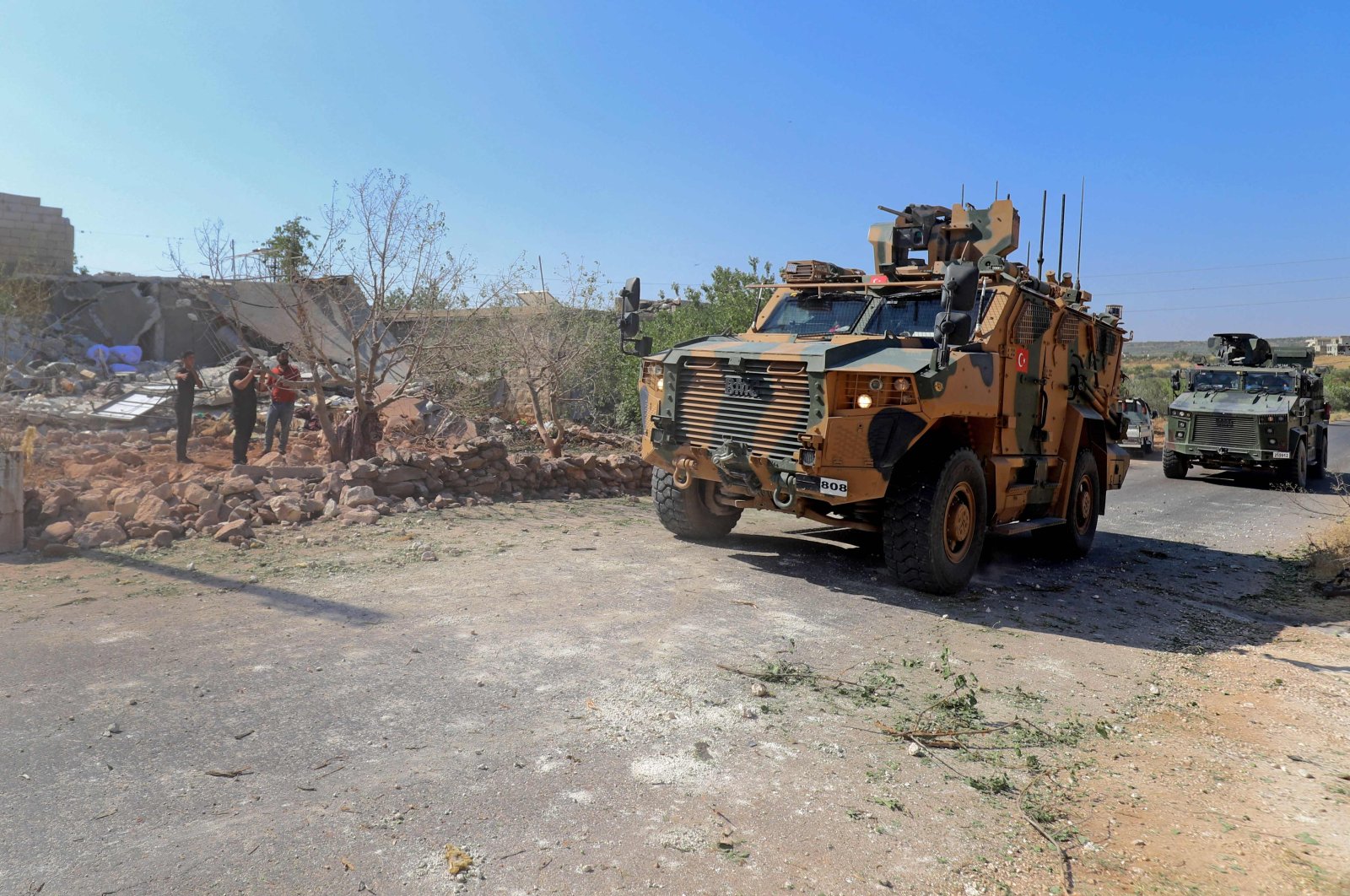 Turkish troops in armored personnel carriers arrive at the scene of a reported regime artillery shelling, in the village of Iblin in the Jabal al-Zawiya region of Syria's opposition-held northwestern Idlib province, July 22, 2021. (AFP Photo)
by DAILY SABAH WITH AGENCIES Jul 25, 2021 12:09 pm
RECOMMENDED

Amid the Bashar Assad regime's increasing attacks on civilians and residential places, the United Nations has voiced deep concern over the escalating violence in northwestern Syria, which poses a constant risk to civilians.

The Syrian regime army shelled the Idlib region Thursday killing seven civilians, four of them children, in its third deadly bombardment of the opposition bastion in a week, a monitor said.

Several people were seriously wounded in the morning bombardment of the village of Iblin, south of Idlib, the Britain-based Syrian Observatory for Human Rights (SOHR) said.

"Such attacks raise further concerns about compliance with international humanitarian law, which requires the parties to take all feasible precautions to avoid and minimize civilian harm," Haq said.

The army has stepped up its bombing of the northwestern enclave since Saturday when Assad took the oath of office for a new term vowing to make "liberating those parts of the homeland that still need to be" one of his top priorities.

The same day strikes on the Idlib villages of Sarja and Ehsin killed 14 civilians, seven of them children.

The shelling of Idlib and the town of Fuaa further north two days earlier killed nine civilians, three of them children, the Observatory said.

The Idlib region is home to nearly three million people, two-thirds of them displaced from other parts of the country.

Nearly 75% of the total population in northwestern Syria's opposition-held Idlib region depends on humanitarian aid to meet their basic needs as 1.6 million people continue to live in camps or informal settlements, the United Nations Office for the Coordination of Humanitarian Affairs (OCHA) said.

The lives of the Syrian people, dealing with numerous difficulties in rural Idlib's tent camps, have become much harder due to the ongoing pandemic. As the humanitarian catastrophe in the region reaches new heights, people try to survive by taking shelter under trees or shaky tents built on mud and puddles. Many Turkish NGOs and state agencies continue to provide vital humanitarian aid and conduct humanitarian efforts in the region. Millions of displaced people in the region also need urgent humanitarian medical assistance.