Russia deploys nuclear-capable bombers to military base in Syria 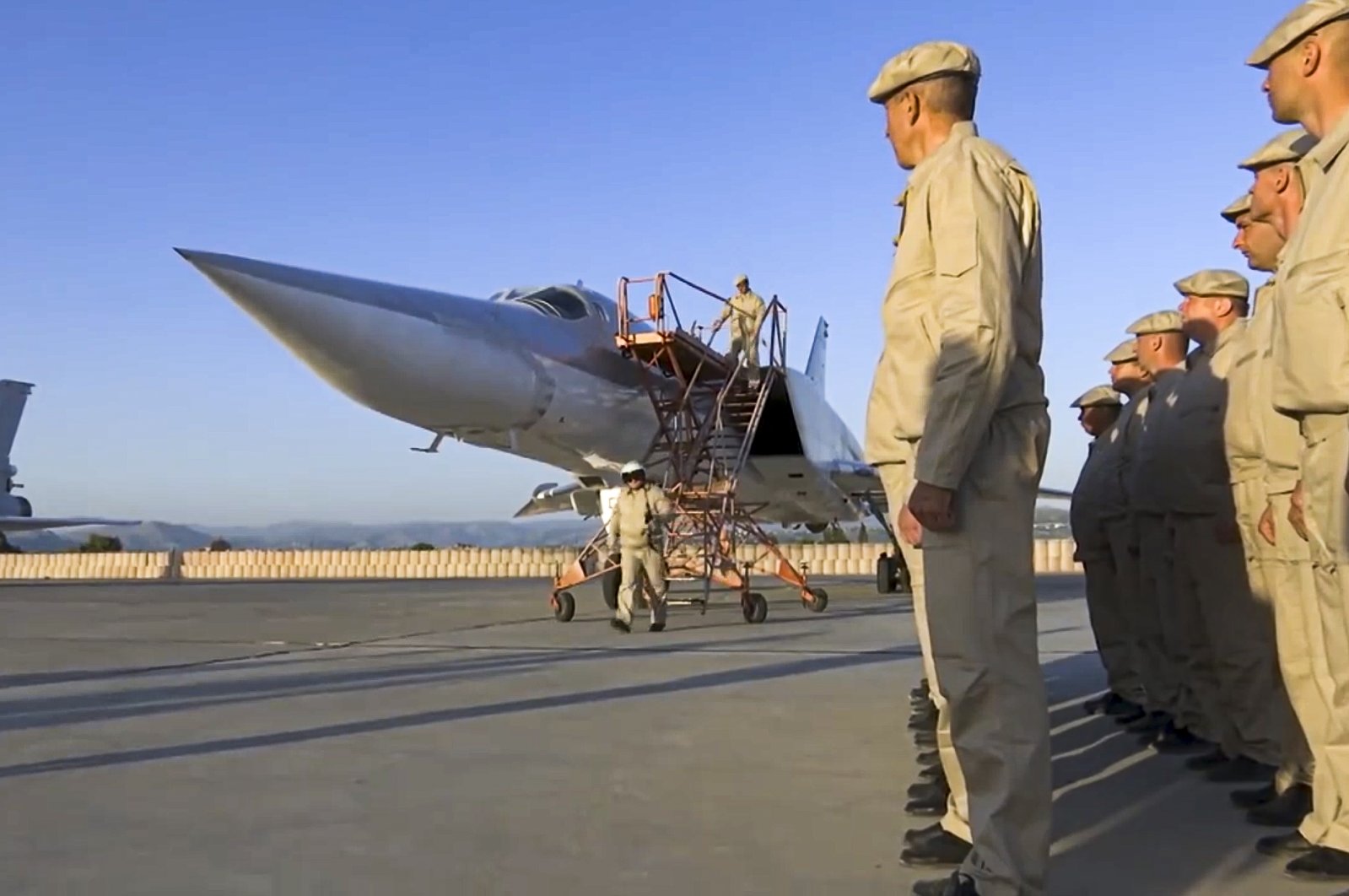 In its latest move to strengthen its sphere of influence in the Mediterranean region, Russia said Tuesday it has deployed three nuclear-capable long-range bombers to its military base in Syria.

Russia's Defense Ministry said that three Tu-22M3 bombers have arrived at the Hemeimeem air base, located in Syria's coastal province of Latakia and the main hub for Moscow's operations in the country.

The ministry said bomber crews would fly a series of training missions over the Mediterranean. The Tupolev Tu-22M3, code-named Backfire by NATO, is a supersonic twin-engine long-range bomber that is capable of carrying nuclear weapons and has a range exceeding 5,000 kilometers (3,100 miles).

Russia has waged a military campaign in Syria since September 2015, allowing Bashar Assad's regime to reclaim control over most of the country following a devastating civil war.

The Russian ministry said that the runway at Hemeimeem had been extended to host the heavy bombers and that a second runway has been modernized.

Russia also has expanded and modified a naval base in the Syrian port of Tartus, the only such facility that Russia currently has outside the former Soviet Union.

As part of President Vladimir Putin’s efforts to beef up Russia's military amid tensions with the West, the Russian navy in recent years has revived the Soviet-era practice of constantly rotating its warships in the Mediterranean.

The bombers’ deployment marks the first time since Cold War times that Moscow has stationed heavy bombers in the region.

About 60 Tu-22M3s are estimated to remain in service with the Russian air force, and some have flown bombing missions to strike militants in Syria from their bases in Russia.

Russian media reports said that the Tu-22M3 could be modernized to carry the latest hypersonic missiles.