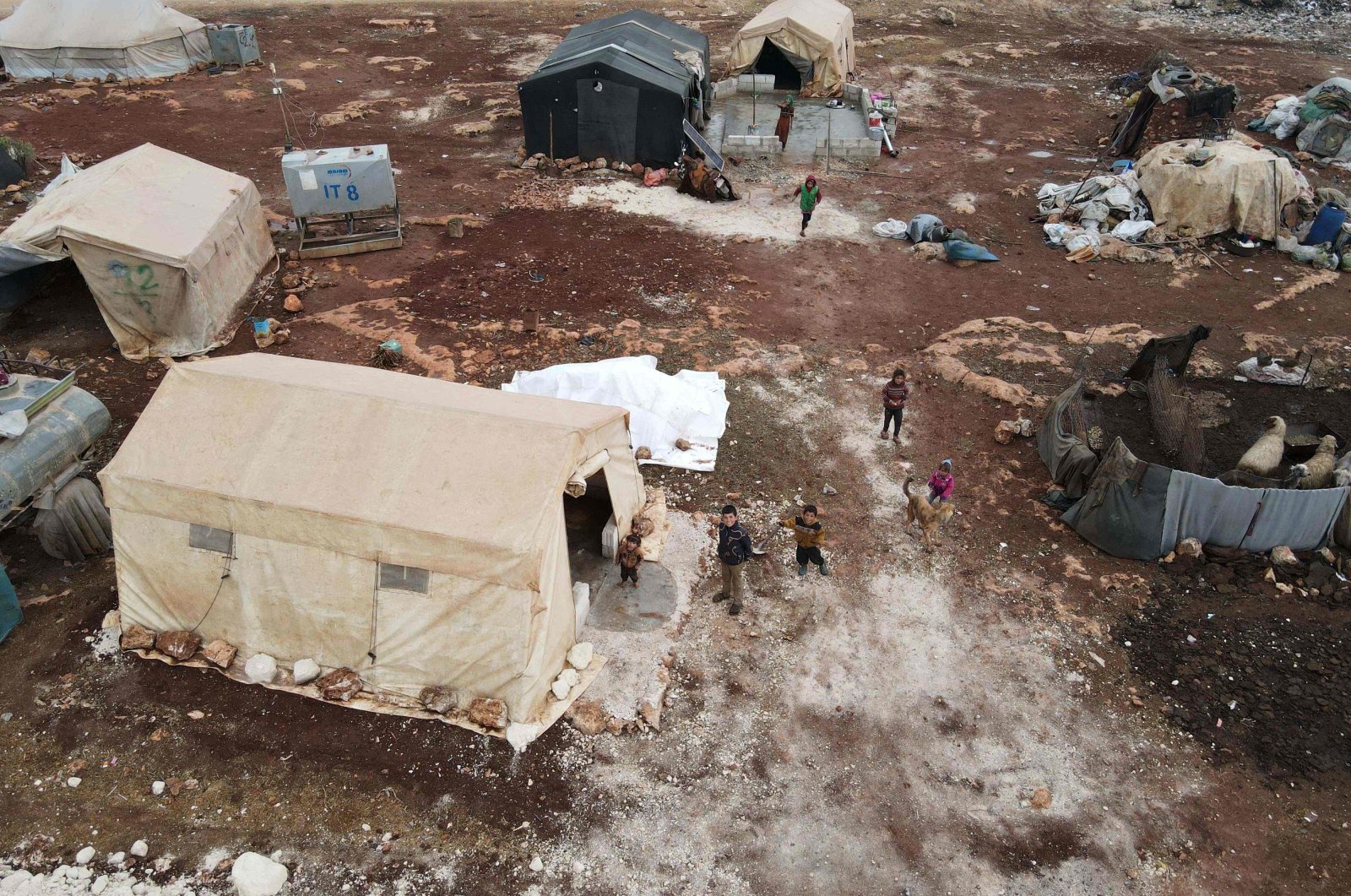 This aerial view shows children in the Bardaqli camp for displaced people in the town of Dana in the northwestern Idlib province, Syria, on Nov. 20, 2021. (AFP Photo)
by DAILY SABAH WITH AA Nov 22, 2021 3:16 pm

According to a statement made by an opposition observatory, Russian warplanes departing from the Russian air base of Hmeimim in Latakia Governorate attacked a rural area in Idlib.

As civil defense sources reported, at least two civilians lost their lives during the attack.

Russia and Iran back Bashar Assad and his regime, while Turkey has been supporting opposition forces since an uprising started against Assad's arbitrary rule. Russia and Turkey agreed on a cease-fire for the long-disputed area in March of last year, and since then violence in the Idlib region has decreased. Nevertheless, the area has repeatedly come under shelling attacks by regime troops and their allies.