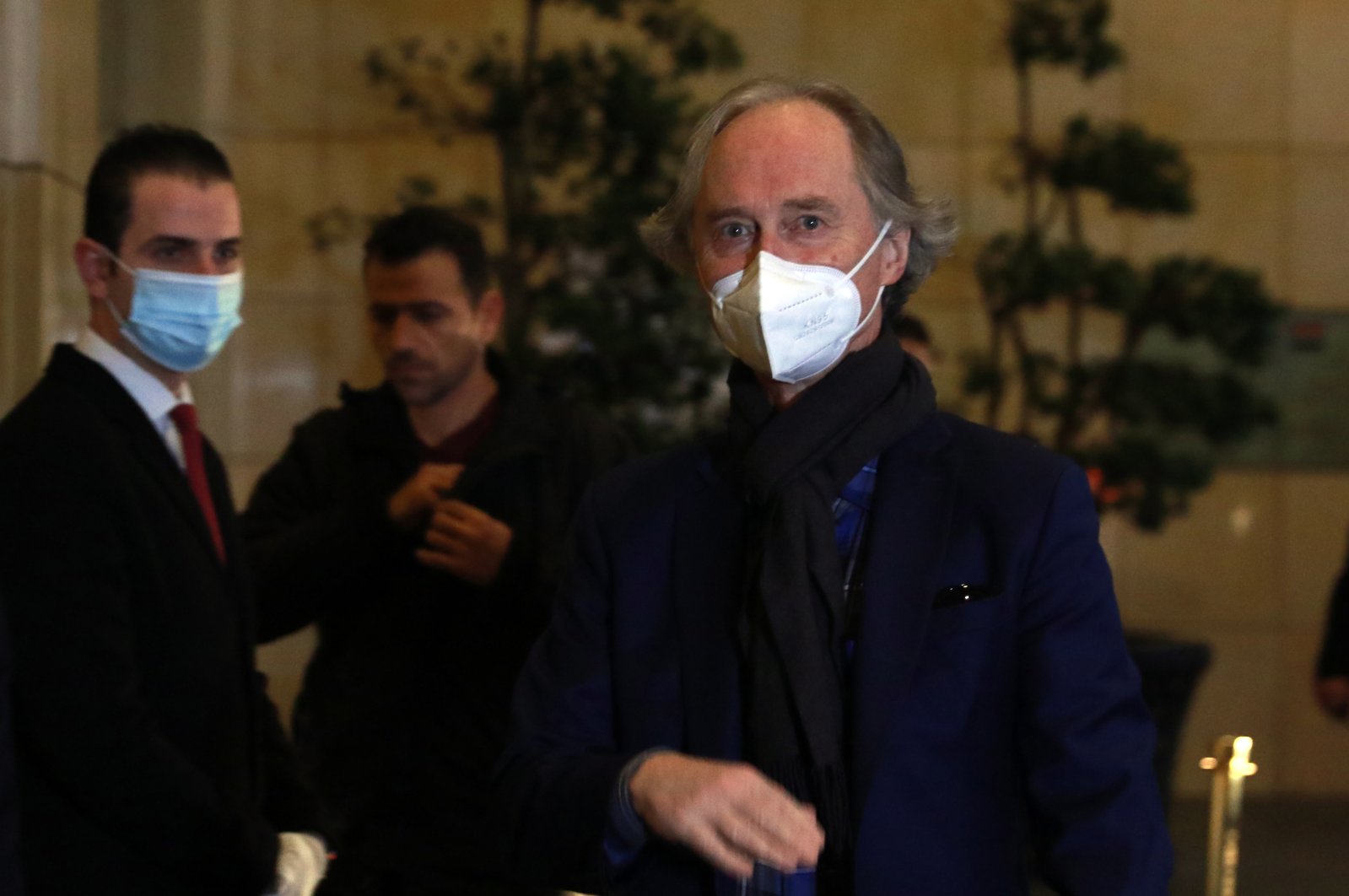 Several rounds of U.N.-brokered negotiations in Geneva since 2019 between the regime and opposition aimed at forging a new constitution have so far failed.

"I think there is a possibility now to start to explore what I call 'a step for step' approach, where you put on the table steps that is defined with precisions, that is verifiable, that hopefully can start to build some trust," he said after talks in Damascus with Foreign Minister Faisal Mekdad.

"My message is that there is another possibility to start to explore possible avenues, to start to move forward on this process," he told journalists.

Pedersen has toured all the main foreign players with a stake in Syria's conflict.

With major fighting having subsided since 2020, Damascus has made inroads into easing its international isolation, especially with fellow Arab states.

"I think we should now analyze not only the Arabs but also the American position, the Europeans, the Turkish, the Russians, the Iranians," the U.N. envoy said.

Throughout the civil war, the U.N. has been striving to nurture a political resolution. The U.N.-backed committee made up of 45 people – 15 delegates each representing the regime, the opposition and civil society – was created in September 2019 but has since made little headway.

Bashar Assad in July took the oath of office for a fourth term as Syria's president, after winning 95% of the vote in an election dismissed abroad.

After clawing back large parts of the country from rebels with key Russian backing over the years, he vowed to make "liberating those parts of the homeland that still need to be" one of his top priorities.

Endless rounds of U.N.-backed peace talks have failed to stem Syria's war, which has killed around 500,000 people and displaced millions since it started with the brutal suppression of anti-regime protests in 2011.

In recent years U.N. efforts have instead focused on the work of the constitutional committee.