Syria achieves relative peace in 2020 thanks to Turkey's efforts 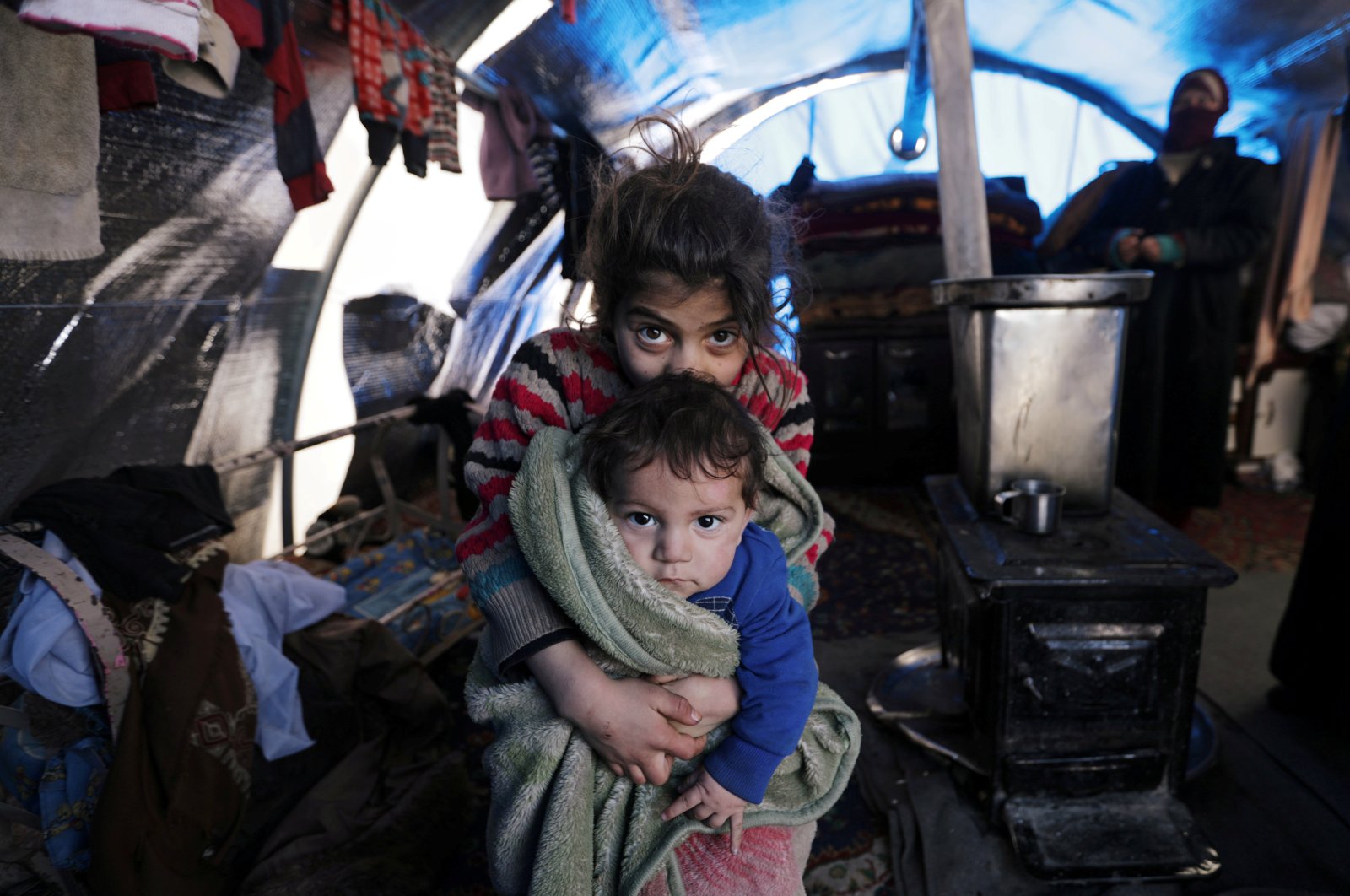 Syria witnessed major developments in 2020, yet another rocky year in the country's decadelong civil war. Among some key developments, however, were the Idlib deal with Russia that stopped intensified Bashar Assad regime attacks and Turkey's Operation Spring Shield. Together, both have brought relative peace to the war-torn country.

The regime attacks on civilians in the northwestern province painted the most tragic picture in Syria this year. With the help of its allies, Russia and Iran, the regime ignored the Astana agreements and began ground attacks on Dec. 20, 2019, to seize areas in the southern countryside of Idlib. The Assad regime managed to make progress in the south of Idlib in January and February, with the support of Iran-backed terrorist groups and Russian air support.

Due to the regime's attacks, 700,000 civilians fled their homes to relatively safer areas near the Turkish border between Jan. 1 to March 6, according to the Response Coordination Group. At least 326 civilians died in the attacks the regime and its allies carried out in the Idlib de-escalation zone.

On top of the attacks on Syrians, on Feb. 27, at least 33 Turkish soldiers were killed in a Syrian regime attack in Idlib, sparking outrage in Turkey.

President Recep Tayyip Erdoğan met Russian President Vladimir Putin at the Kremlin on March 5 to discuss the situation in Idlib. After the negotiations, they announced that a cease-fire would begin at midnight. A protocol was reached, stipulating the establishment of a security corridor 6 kilometers (3.7 miles) deep to the north and to the south from the M4 highway. Also, joint Turkish-Russian patrols began on March 15 along the M4 highway from the settlement of Trumba, 2 kilometers west of the strategic town of Saraqib, to the settlement of Ain-Al-Havr.

Russia also came to terms with the U.S. in the region, after Washington decided to withdraw a majority of its troops from the war-torn country. Russian troops replaced the U.S. troops in some of the military bases in northeastern Syria. Joint patrols by the U.S. and Russia, however, were first conducted in Hassakeh, a Syrian province under occupation by the YPG, the Syrian offshoot of the PKK terrorist group.

Despite cease-fire violations by the Assad regime, some residents have returned to their homes in Idlib. According to statistics by the Response Coordination Group, 400,000 out of 2 million in refugee camps were able to return to their homes. However, the Assad regime and Iran-backed terrorist groups violated the cease-fire 4,200 times between March 6 and Dec. 6, killing 52 civilians.

On June 17, the U.S. imposed a new campaign of "sustained sanctions" against the Syrian regime and its allies under the Caesar Act, causing yet more hardship for the already suffering country. People living in opposition-controlled areas in northern Syria started to use the Turkish lira after the sanctions went into effect. The economic situation in Syria continued to worsen gradually after this point. On Oct. 21, the Assad regime doubled the fuel prices in the regions under its control.

Although the U.S. recognizes the PKK as a terrorist organization, it denies the group's connection with the YPG, despite the ideological and organizational links between the groups. American support for the terrorist organization has long vexed Ankara because Washington views the YPG as a "reliable partner" in its fight against Daesh and continues to provide it with arms and equipment in the face of strong objections from Turkey.

Another major blow to the Syrians came on July 7 as Russia and China vetoed a U.N. Security Council resolution to extend cross-border humanitarian aid to 3 million Syrians for another year. The authorization first took effect in 2014. Western countries that voted against the resolution have insisted on keeping the two current crossings from Turkey, with strong backing from U.N. Secretary-General Antonio Guterres and humanitarian groups. According to the U.N., 70% of Idlib province's 3 million residents require humanitarian assistance.

Apart from the regime's attacks and U.S. sanctions, the coronavirus pandemic was the other major factor that caused intense suffering in Syria in 2020. The first case of the virus in the country was announced on March 22, followed by the first death on March 29. According to official numbers, the country currently has 11,243 coronavirus cases and 696 deaths.

However, since the beginning of the pandemic, rights groups have accused the regime of covering up the real numbers. In March, the head of a Damascus-based nongovernmental organization (NGO) said Syria was limited in its ability to determine COVID-19 cases due to the fact there was only one main lab testing for the virus at the time. Some cases were being treated in military hospitals, added the source, speaking on condition of anonymity. Many pundits believe that the virus has been more widespread than anticipated since the beginning of the pandemic due to Syria's low testing capacity and a lack of transparency.

Syria's health infrastructure has been in tatters for years due to the war. Hundreds of medical facilities have been bombed, mostly in regime airstrikes; half the hospitals and health centers are functioning only partially or not at all, while 70% of the medical personnel have fled the country.

Still, despite all the negative developments, on top of the fact that a remarkable percentage of the country's population is displaced, the Syrian regime-held parliamentary elections on July 19, with Assad's Baath Party winning the majority in parliament.

While the regime was conducting its own polls, the efforts for a political solution to the country's civil war continued as well. The Syrian Constitutional Committee had its meetings regularly, the fourth and the latest of took place on Nov. 30 to Dec. 4, failing to reach any concrete, sustainable solutions.