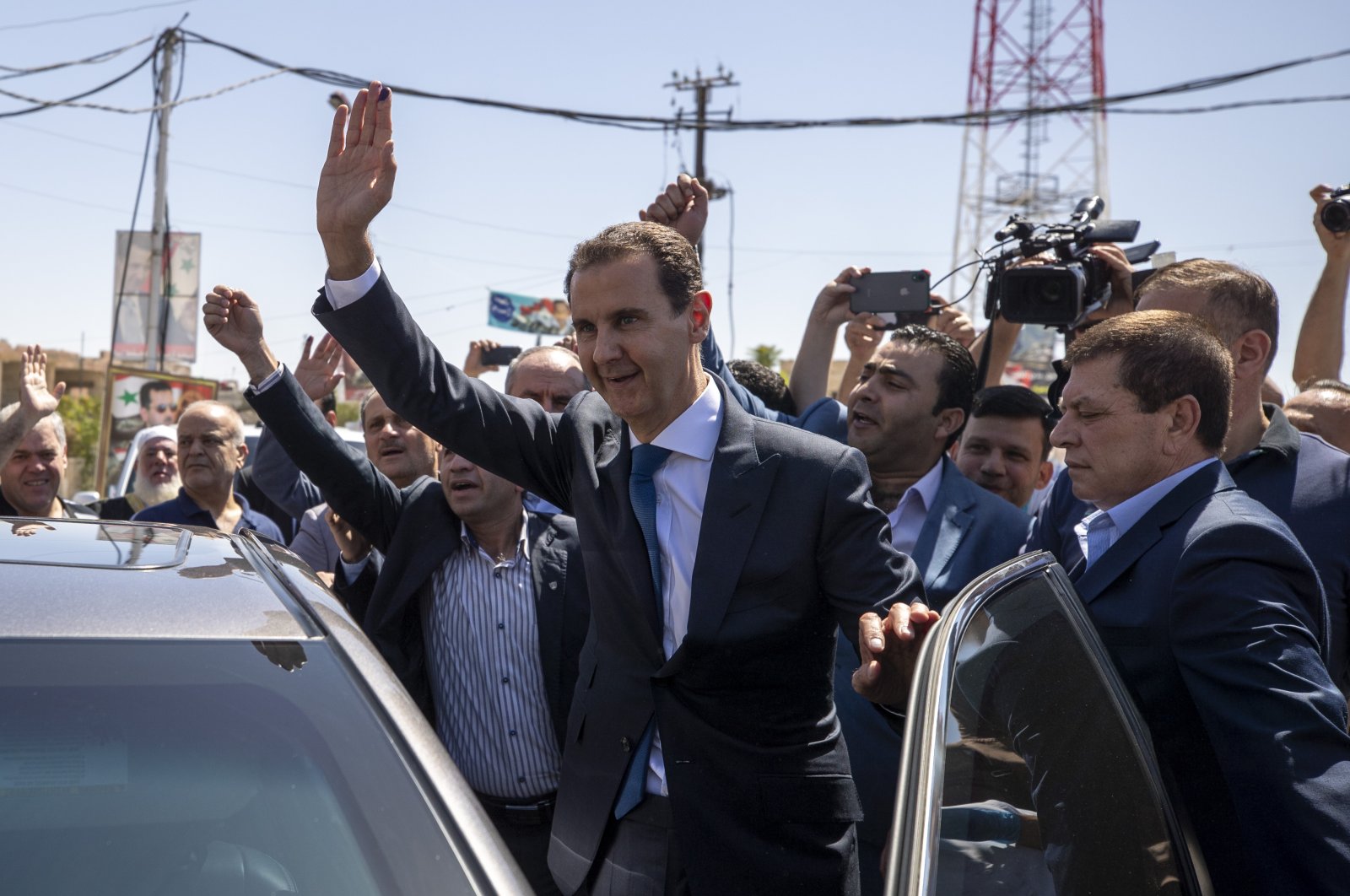 Syria's Bashar Assad (R) waves to his supporters at a polling station during the presidential elections in the town of Douma, in the eastern Ghouta region, near the Syrian capital Damascus, Syria, Wednesday, May 26, 2021. (AP Photo)
by Daily Sabah with AP Dec 09, 2021 5:48 pm
RECOMMENDED

As Arab countries have signaled the normalization of ties with Syria’s Bashar Assad, Damascus will host an energy conference in 2024, the Syrian energy minister said Thursday.

The announcement followed a unanimous vote from members of the Organization of Arab Petroleum Exporting Countries (OAPEC) during a virtual meeting Thursday, the ministry said. The conference will be held in Damascus, according to a ministry statement on Facebook and the official state news agency SANA. Qatar is hosting the 2023 conference.

Arab countries have in recent months been making limited moves to improve relations with Syria, a decade after it was shunned and kicked out of the Arab League at the onset of the country’s civil war in 2011.

The rapprochement has included the reopening of several embassies, visits by Arab officials to Damascus and restoring some commercial ties with the war-torn country. The moves are a recognition of the facts on the ground – after years of war and despite the initial support by some Arab countries to his opposition, Assad's regime has survived and his forces have regained control of much of the country.

Syria’s civil war has displaced half of its population, killed hundreds of thousands and driven the country’s economy into the ground.

Before the war, Syria produced 350,000 barrels of oil a day, exporting more than half of it. It now averages around 24,000 barrels a day, covering only a fraction of domestic needs. Most of its oil fields are in the hands of the YPG, the PKK terrorist organization’s Syrian wing, who control a region in the country's northeast. Assad’s regime has relied on a top ally, Iran, for oil supplies.

In recent weeks, a deal was signed with Egypt to extend natural gas through Syria to Lebanon using an Arab oil pipeline that has been out of service for a decade.

OAPEC was founded in Beirut in 1968 with Saudi Arabia, Kuwait and Libya as its first members. Its headquarters are in Kuwait. Algeria, Qatar, the United Arab Emirates and Bahrain joined three years later. The organization’s charter was later changed to allow members where petroleum is an essential source of income, though not the main one. Syria and Egypt also subsequently joined the group.

The organization’s website says the total reserves of the member states are estimated at 704 billion barrels a year.