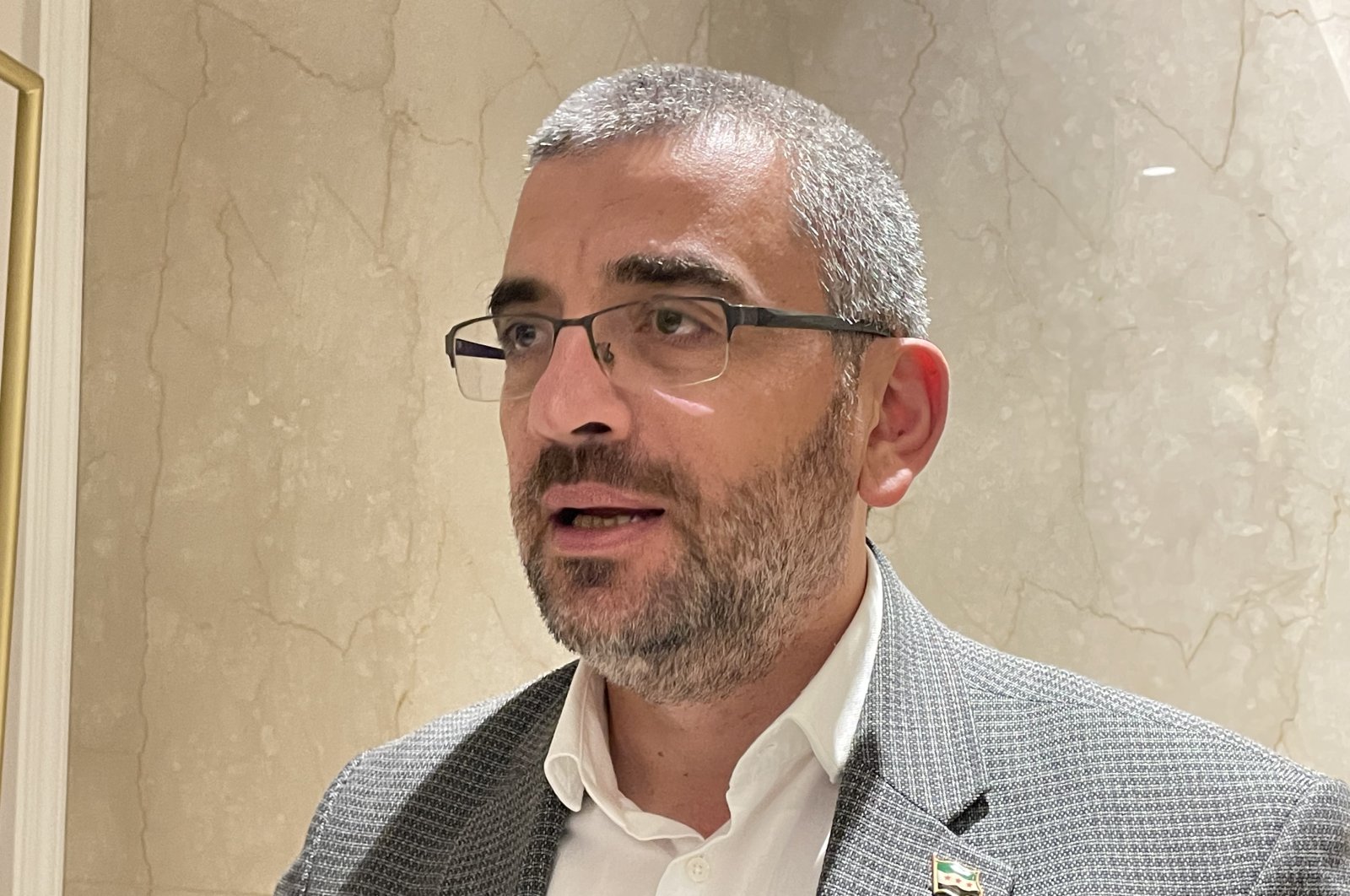 The Syrian Constitutional Committee began to carry out its real task, the creation of a new constitution in light of the principles contained in the procedure, committee member Tariq al-Kurdi said Tuesday.

Al-Kurdi evaluated the talks on the first day of the sixth round of the Syrian Constitutional Committee meetings, which started Monday in Geneva, Switzerland, to Anadolu Agency (AA).

Noting that they started the sixth round with high hopes, al-Kurdi said, "Our first goal is for this committee to be a real solution to the problems of Syria in order to find a solution to the suffering of our people."

Expressing that as the opposition delegate, they bear the concerns of the entire Syrian people, al-Kurdi expressed his wish that all parties in the committee act with this sense of responsibility.

Evaluating the proposals submitted by the representatives of the regime regarding the draft constitution and constitutional principles in the meeting, al-Kurdi said, "Despite some of our differences regarding the sovereignty of the Syrian Arab Republic, some expressions and terms acceptable and others unacceptable, we can say that the committee has started to carry out its real duty, the creation of the Syrian constitution, in the light of the principles in the procedure."

Noting that the drafting method proposed by Geir O. Pedersen, the United Nations Syria representative, was accepted by all parties, al-Kurdi said, "We have cautious optimism about the attitude of the other side (the regime)."

Al-Kurdi explained that they will present their own proposals as the opposition after the proposal made by the representatives of the regime, and that the proposals of the civil society representatives will be presented later. "The agreement is based on the discussion of the principles put forward by the parties for four days," al-Kurdi added.

Al-Kurdi noted that on the last day of the talks, the co-chairs of the regime and opposition group will come together and discuss all the proposals in detail.

"There is no doubt that we have a long and demanding road ahead of us. Specialized working groups are needed to complete this process without losing much time," he said.

Al-Kurdi underlined that they are ready for all kinds of negotiations on the draft constitution and said, "If all Syrians at the table act by truly feeling the suffering of our people and prioritizing the sovereignty of the country, the negotiations will progress quickly in this round and in the next rounds."

Within the scope of the meetings, which started Monday and whose main agenda was determined as "the drafting of the new Syrian constitution," for the first time, the regime delegation submitted a proposal to work on the principle of constitutional national sovereignty.

After the opening meetings, which started Oct. 30, 2019 with the participation of 150 members and ended on Nov. 1, 2019, the 45-person editorial board of the Syrian Constitutional Committee, called the "Small Group," held five rounds of meetings at the U.N. Geneva office.

In the fifth round of the Syrian Constitutional Committee held Jan. 25-29, 2021, the parties aimed, for the first time, to focus on the content of the constitution and move on to the writing phase. However, the continuation of the intransigent attitude of the delegation representing the Assad regime blocked the process.

Members of the "Small Group" responsible for the writing of the constitution, consisting of 15 people each from the Assad regime, nongovernmental organizations (NGOs) and representatives of the Syrian opposition, are holding talks under the supervision of Geir O. Pedersen, the U.N. Syria representative.