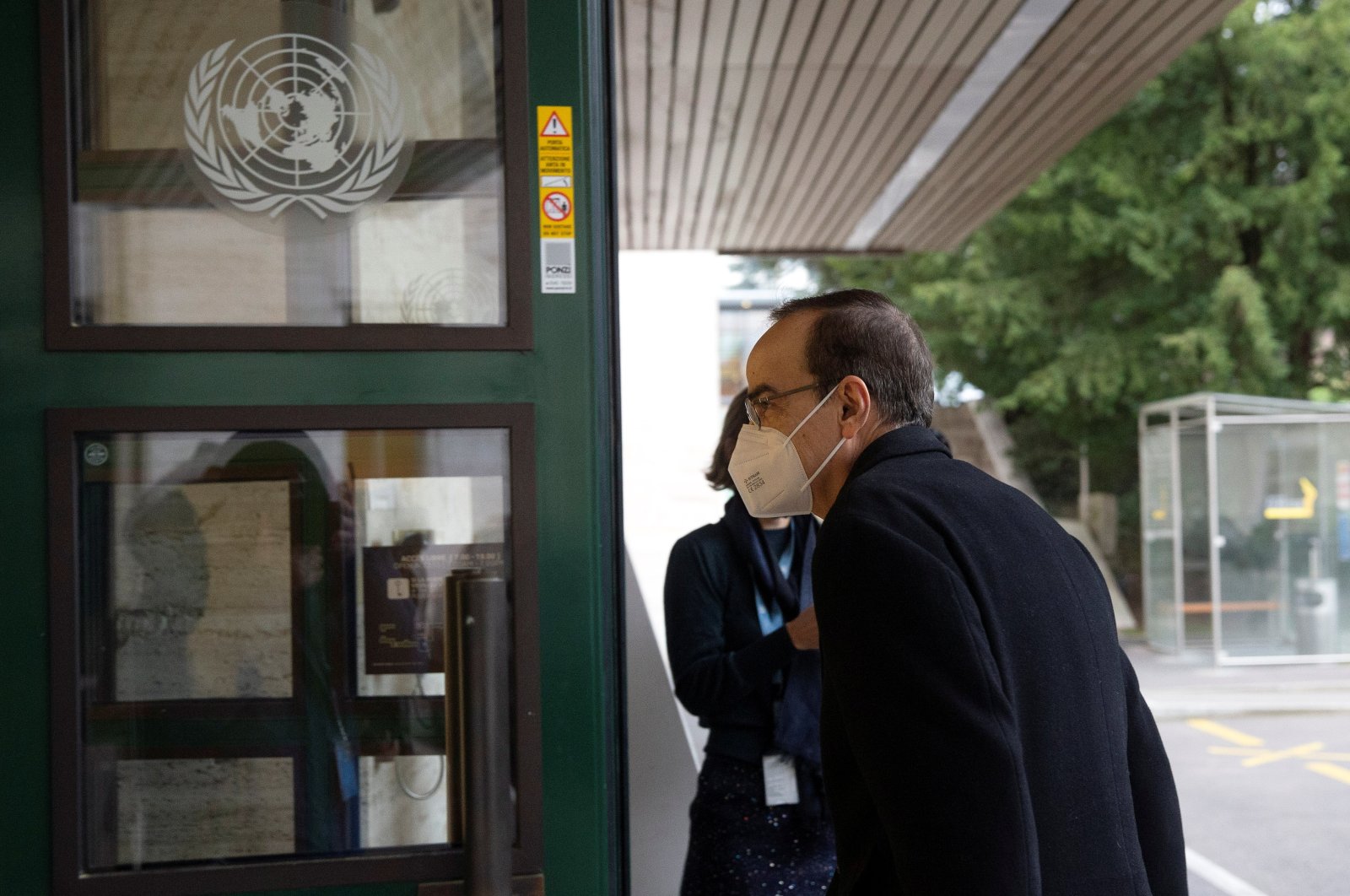 Syrian Constitutional Committee Co-Chair Hadi al-Bahra from the opposition arrives for the fourth session of the committee at the European headquarters of the United Nations in Geneva, Switzerland, Nov. 30, 2020. (Reuters Photo)
by DAILY SABAH WITH AA Dec 06, 2020 4:11 pm
RECOMMENDED

The Syrian opposition plans to start drafting constitutional clauses during its fifth round of talks next month.

"We are planning to write some constitutional principles which have been agreed upon by consensus," Hadi al-Bahra, who headed the Syrian opposition delegation at the Constitutional Committee's fourth round of the Syria talks at the United Nations' Geneva office, said Sunday.

Representatives from the Bashar Assad regime, nongovernmental organizations (NGOs) and the Syrian opposition, who are responsible for the writing of the constitution, recently met in Geneva.

The United Nations' Syria envoy Geir O. Pedersen later held a press conference, underlining that despite some tensions and disagreements, they will be able to prepare a new constitution draft in the upcoming rounds of Syria talks.

Adding that the "national institutions and principles" were high on the agenda during the talks, Pedersen said the talks will determine the future of Syria.

Meanwhile, al-Bahra said the fifth round "will be a real test" to see the intentions of all parties involved and to write the fundamental principles of the constitution.

The official also said crucial issues like migrants, as well as incarcerated and missing people were areas of disagreement between the regime and the opposition.

He also underlined the importance of the committee for confidence-building.

Al-Bahra also said that the parties largely followed "behavior and protocol rules" and added that there were some minor incidents.

The Security Council Resolution 2254 was unanimously adopted on Dec. 18, 2015. It called for a cease-fire and political settlement in Syria. The resolution demanded that all parties immediately cease any attacks against civilian targets, urged all member states to support efforts to achieve a cease-fire and requested the U.N. to convene the parties to engage in formal negotiations in early January 2016. The resolution also underlined that free and fair elections will be held under U.N. supervision. The political transition will be Syrian-led.