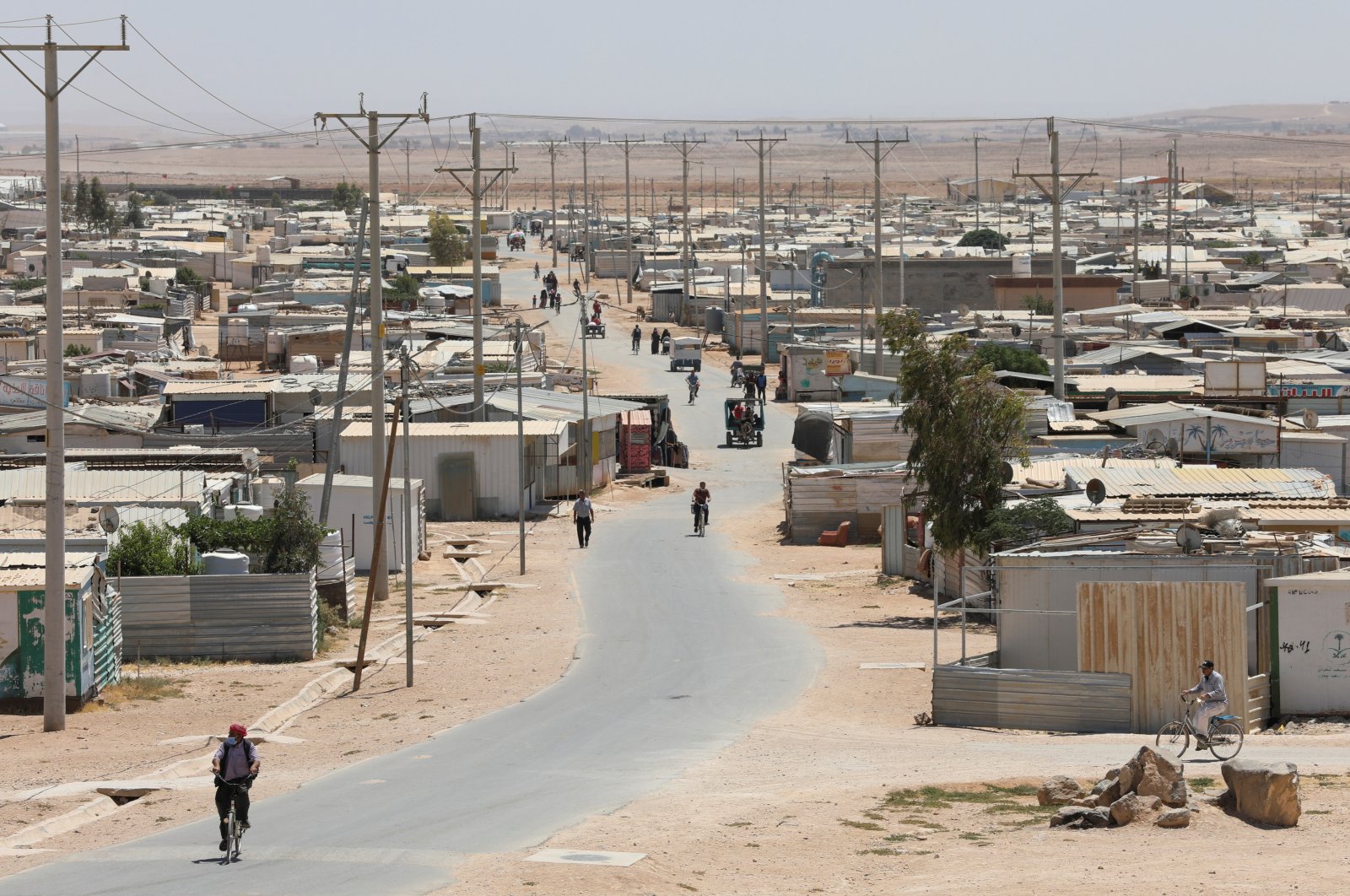 Syrian refugees are seen at the Zaatari refugee camp in the Jordanian city of Mafraq, near the border with Syria, Jordan June 17, 2021.(REUTERS Photo)
by DAILY SABAH Jul 01, 2021 5:35 pm
RECOMMENDED

A Syrian woman, jailed by the Bashar Assad regime and subject to torture, is still haunted by the memories.

In 2016, Abir Umm Hassan, who was pregnant at the time, was detained with her 2 1/2-year-old child on her way to a hospital in the capital Damascus.

"I was interrogated five times. They tortured me even though they knew I was pregnant," she said. "I was constantly beaten."

"The detention of an innocent pregnant woman is the greatest war crime," added Umm Hassan, who is now 39.

Umm Hassan is just one of thousands of innocent victims who were held and subjected to torture in regime prisons.

The young mother, who was held in prisons in Damascus for four months, only secured her release after paying a bribe and then moved with her family to Idlib, an opposition-held area in northwestern Syria, near Turkey.

Just a week after her release, she gave birth to her son Ammar.

After her release, Umm Hassan was also reunited with her young child, who previously had been handed over to her family.

Women and children are the biggest victims of the civil war in Syria.

According to the Syrian Human Rights Network, at least 1.2 million people have been detained and subjected to torture by regime forces during the decade-old civil war.

Syria has been in a civil war since early 2011 when the regime cracked down on pro-democracy protests with unexpected brutality.

Around half a million people have been killed and more than 12 million had to flee their homes over the past decade, becoming refugees or internally displaced.