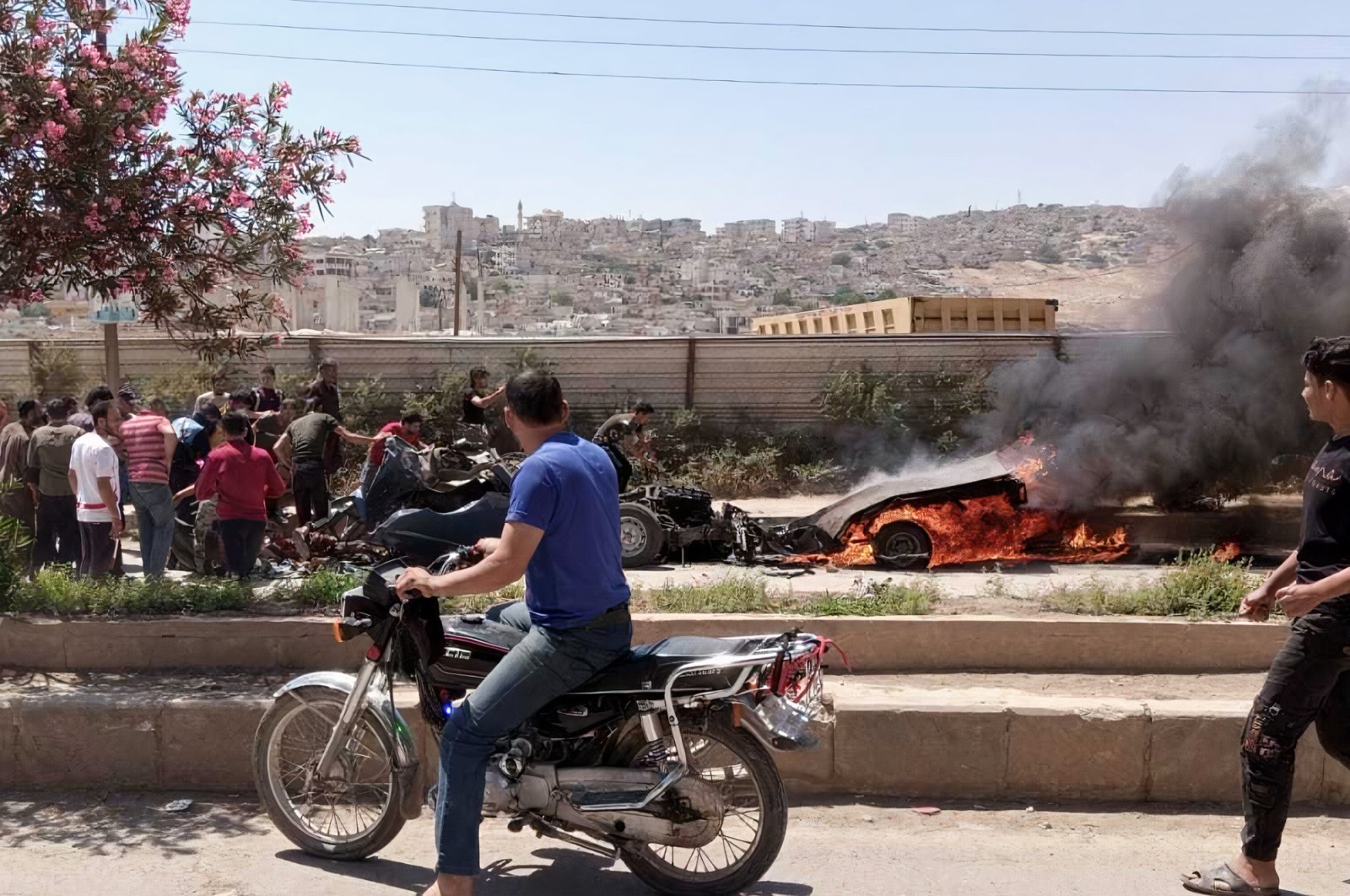 A roadside bomb exploded in the northern Syrian district of Afrin on Saturday, killing at least three people and injuring three others.

The explosive device detonated when a civilian vehicle struck it in the Azaz neighborhood of Afrin, which Turkish security forces cleared of terrorists during a cross-border operation in 2018.

“3 people, including a little girl, were killed this afternoon, and 3 others were injured, after a detonated car bomb explosion in the center of Afrin City in the north of Aleppo. The White Helmets teams worked to help the injured and secure the area,” the White Helmets civil defense group wrote on Twitter Saturday.

Soon after the explosion, security forces arrived at the scene and began investigating the incident, with a focus on the possibility of involvement by the YPG/PKK terrorist group, as such subversive activities have been carried out by them in the past.

Citing the terror incident, Turkey's Defense Ministry said that the attack was carried out by the YPG/PKK.

"Terrorist group YPG/PKK has carried out another bomb attack on innocent civilians in Afrin," the ministry said on Twitter.

The ministry also vowed to continue to fight against the "YPG/PKK that attacks civilians."

Afrin was largely cleared of YPG/PKK terrorists in 2018 by Turkey's anti-terror offensive Operation Olive Branch, but the terrorist group still targets the region to disrupt the peace established by Turkish forces.

Moreover, a similar incident took place on Sunday when a bomb-laden vehicle exploded in the al-Bab district, killing one civilian and wounding two.

Although al-Bab was cleared off terrorists during Operation Euphrates Shield, the YPG continues to conduct frequent attacks.

The YPG terrorist group seized control of large swathes of land in the northern parts of the war-torn country with the Bashar Assad regime's blessing when clashes intensified in 2012. Since then, frequent attacks carried out in Turkish-controlled parts of northern Syria disturb the peaceful environment and the daily life of locals.

Meanwhile, a U.K. minister from Foreign Office is set to pay a three-day visit to Turkey, an official statement said Saturday.

According to the statement issued by the Turkish Foreign Ministry, U.K. minister for European Neighborhood and the Americas Wendy Morton, "will be visiting Ankara and Hatay, which hosts the U.N. cross-border aid operations to Syria" on June 27-29.